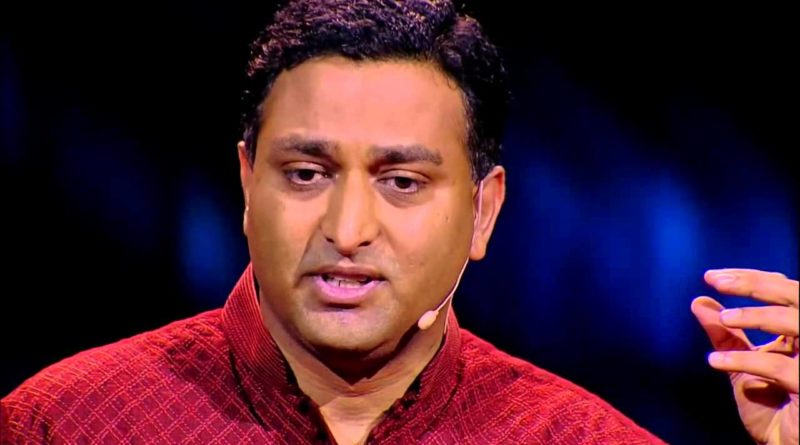 Born to a family of farmers in India, Ramesh Raskar was first inspired to pursue computer graphics after seeing the special effects of Jurassic Park. His story is not an unfamiliar one for a first generation immigrant: “Nobody on my father’s or mother’s side of the family has even a high school education. But my father, being an electronics engineer, made sure all his children focused on education rather than farming.” Since getting his Ph.D. in North Carolina, he has worked at the M.I.T. media lab creating revolutionary new electronic devices.

Among the devices he has invented is a four-flash camera that enables the kind of sketching familiar to most from the 1985 music video for the hit pop song “Take on Me” by the Norwegian band A-Ha. Currently he is working on a camera that can see around corners: “It bounces ultrashort bursts of laser light off a rigid surface—the wall opposite an open door, for instance—at several different angles and measures the time it takes the light to return to the camera.” In order for the camera to measure the flight time of light particles, it must take a trillion exposures a second.
Source: http://bigthink.com/ideafeed/ramesh-raskar-an-immigrants-story

This Video is not owned by me, and I uploaded this talk for educational purposes and purely non-commercial, in accordance with the Fair Use Act