Few people outside of ex-Soviet territories know that there was a booming camera industry there. In this article, I will shed light on some unusual cameras that came from the Soviet era.

I imagine meetings, something like 12 angry men where they discuss the new designs for some of these, notably the Fotosnaiper. It does surprise me how no one thought they were weird or at least somewhat unusual. Still, here we are weird and copied soviet cameras.

This is by far the strangest one of them and the only one I would never be on an airplane with. This is quite literally a rifle. The way you press the shutter is by pulling the trigger. It was aimed at wildlife photographers.

These cameras have an interesting story that deserves a separate article. In short, they were designed with the end-user in mind: the end-user being a Red army soldier who can’t be bothered to fuss with a Leica copy. After all, many men had rifle experience. Large dials, easy-to-use systems, and a clear shutter you cant confuse with anything else made this camera into what it is: a rifle that shoots.

A common myth surrounding the Fotosnaiper is that it was used as a KGB camera; however, from experience owning one, I can tell you: the people on the streets view you as a menace to society, not as a keen photographer with a quirky camera. If anything, having a gun-shaped camera will attract attention, not reduce it.

Shooting with it is rather slow; this doesn’t make for a good wildlife camera. The focusing is quite uncomfortable, as it’s a small knob instead of a lens-sized ring, and looking through the viewfinder is rather impossible too. 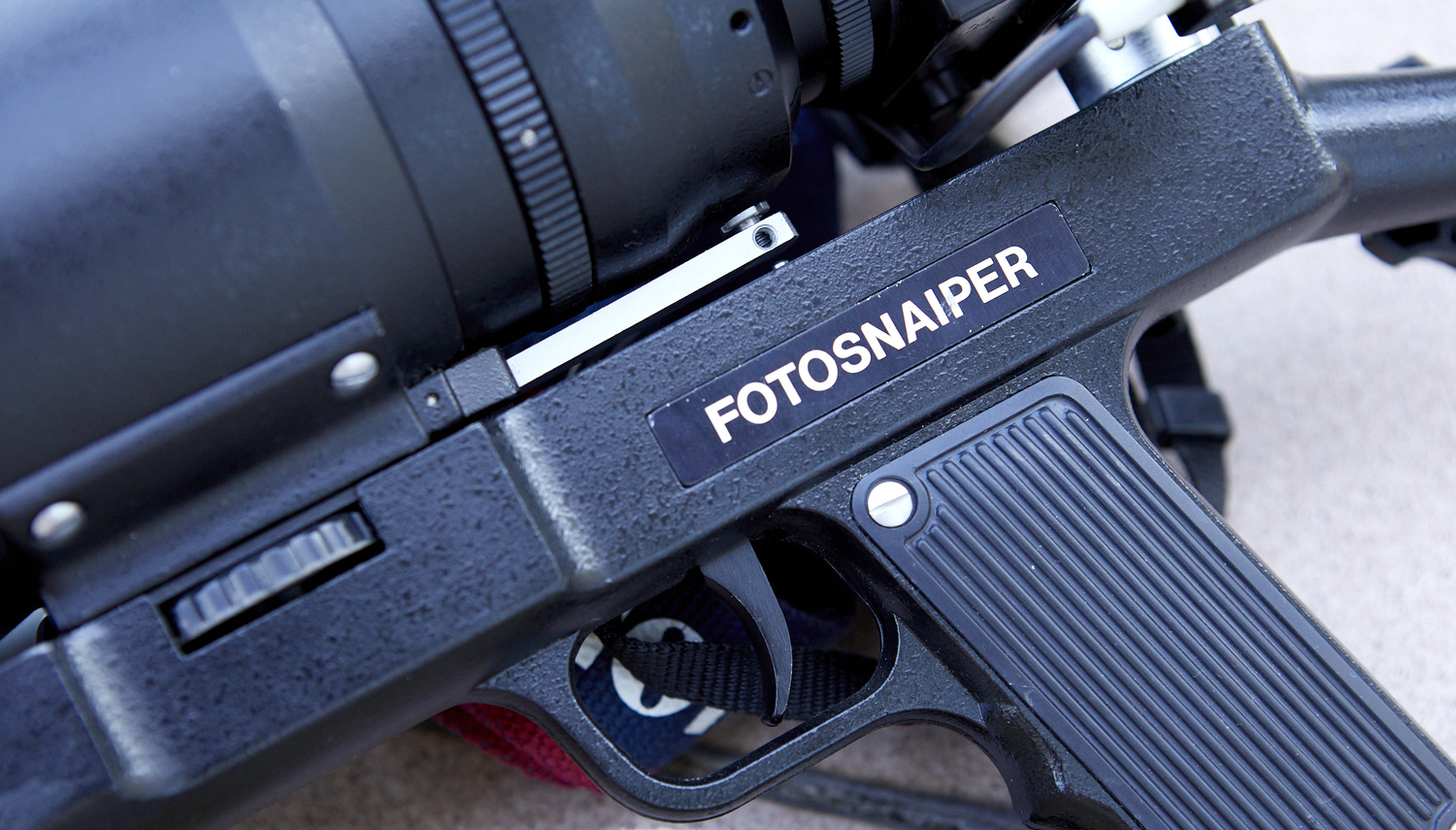 Another fun feature of this camera is the aperture recoil. When you release the shutter, the aperture will slide into position violently. If you want to reset it, you need to turn the ring back.

Nikita Khrushchev, one of the leaders of the Soviet Union, was a known photography enthusiast and loved the Fotosnaiper. I imagine the high marketing testimonial value that this was for the company.

Named after my hometown, Kyiv, this little camera is something that could actually qualify as a KGB camera. It shoots miniature 16mm film. Naturally, this camera is about getting the shot, not about 6×7 image quality. In fact, it’s so simple there are more color options than shutter speed settings.

The lens of the Kiev 303 is far from perfect. The focusing distance of 50 cm to infinity is adjustable, but the lens itself is known to have huge parallax error problems at shorter distances. This leads me to believe that this camera wasn’t the first choice for covert KGB photography. It was more likely a pocket family camera.

Hasselblad? More like Hasselblyat. This copycat is perhaps the cheapest way to get started in medium format photography. Essentially, the Kiev88 is no different from a Hasselblad; you can even mix and match parts.
The Soviet Kiev 88 was not the first copy of the Swedish camera brand; in fact, Hasselblad 1600F was copied by the Salytseries before.

Kiev 88 cameras accept a wide range of lenses, have the ability to trigger the off-camera flash, and even support a TTL viewfinder. Generally, a Hasselbladski will cost you around $300, which is much less than any other medium format camera. You must expect lower quality and a slightly different experience from Hasselblad. Keep in mind, this is a copycat from the communist era, not a Swedish precision-engineered camera that costs as much as a small used car. In fact, Soviet medium format cameras are a popular choice among newcomers. There are options to buy the Kiev-6C SLR, which has a TTL viewfinder, as well as Lubitel-series cameras, which are similar to Rolleiflex.

Now, this is a real spy camera that was widely used for special operations and covert documents photography. This is likely what they used to snatch Concorde plans for the Soviet version of it.

A few interesting features of this machine include an automatic winder, which was somewhat like a clock: you had to wind it before use, and then, it would allow you to take a quick burst of photos. The large knob in the center was used for that.

In terms of film size, it shot 21mm film, which is yet another unusual film type. Compared to Kiev 303, this was a great improvement, meaning that photos were clearer. After all, the KGB knew and valued a larger film size for its dynamic range and reduced grain. In a way, this was among the first cropped sensor cameras, as it shot 18×24 film, exactly half of 36×24.

The lens on this camera does not have any markings. Another feature missing is the viewfinder and flash; there are, however, contacts to connect external light sources, presumably flash.

Panoramic cameras always feature an unusual shape; however, this one also has a quirky plastic design. This is not the first iteration of the swing-lens panoramic camera; the first one released in 1967 was made out of metal and looked a lot different.

This camera will allow you to take panoramas up to 120 degrees. The principle behind this is simple: as the drum inside the camera turns, it will expose the film. In a way, this is just a moving lens.

The one that started it all. Manufactured in the Ukrainian city of Kharkiv between 1934 and 1935, it bore a striking resemblance to the Leica II. Before this, the Soviet Union would have to import photographic equipment from Germany, which wasn’t ideal with the rising dislike towards the Soviet regime. If you want to get a piece of Soviet camera history, you need to carefully research the types of FED-1 cameras. The very first one was an exact Leica copy; however, as time went on, the mechanisms were updated and reworked to suit the needs of photographers. The original design was kept right until 1955, when a FED-2 was commissioned. The FED-2 was actually very decent and improved on the Leica design instead of copying it.

Although these cameras were generally of poorer quality than their western counterparts, it doesn’t make them bad or incapable. Whole generations of photographers such as Gueorgui Pinkhassov were raised on these tools. I’ve probably said this at least a hundred times, but I’ll say it again: don’t let tools define you. Instead, define your tools.
What weird cameras do you own? Let me know in the comments below!