Siddharth “Sid” Mantri is a landscape photographer currently based in Spain. His unique voice leads him to find smaller moments of a narrative within large landscapes. He creates images that aren’t just swathes of landscape, but rather elements within a landscape that unequivocally act as a subject within a scene.

Sid, as he prefers to be called, is originally from Mumbai, India. His formal training was in finance, and he even worked in investment banking in New York City. He eventually decided that this wasn’t quite for him and he now works remotely from Spain. This lifestyle change allows him to balance his day job with his passion for photography.

Finding small narratives within a large landscape helps to tell a story.

Sid creates windows of narrative amongst sprawling natural land and seascapes. Although he doesn’t consider himself a professional, his works carries a strong singular voice of a seasoned photographer. He has been photographing for a few years, but his work reflects a marked shift in his usage of visual language from mid-2020. This shift was a result of being a photographer who works out in nature — and yet wasn’t able to leave his home to create his art. Thus, he took this time to quiet contemplation and reflection so that when things did open, he could begin capturing his images with renewed gusto. Surprisingly and coincidentally, I didn’t know any of this and yet was able to not only notice the shift in visual tone but also pinpoint when it happened. It just goes to show that if you immerse yourself fully into your craft and develop a unique voice that audiences of your work will take notice!

Before even picking up a camera or walking out the door, Sid spends hours of his time planning locations. He uses Google Earth quite extensively to help with this. He is becoming more focused on waterscapes and so looks out for locations that might make for good images. He looks for views but also trails and land formations along and within the water.

I think my work has also changed from photographing massive landscapes to focusing on single subjects with landscapes around them.

He used to let this process be more free-flowing, but now, it will stick to locations he has planned. He feels this helps him be more patient by allowing a location gives him an image, rather than actively trying to find an image. That is, it’s not just about the place but rather also about waiting for the right light in a given space.

On a recent two-week trip to the Canary Islands, Sid captured over 6,000 frames. Of course, this amount of images isn’t presentable in any meaningful way, so he aimed to make multiple culls to these until he’s edited down to a manageable 20 images. These final images are ones that he’d happily retouch and share.

Sid yields that the difficulty of his approach is that it’s quite easy for a landscape to look busy. His subject-focused approach allows him to create images that have small moments of narrative within a larger landscape.

This way of working, which is new for him, also means that he is constantly editing and upkeeping his online presence. He regularly posts new work to his social media, but also archives older work that no longer speaks to his current approach.

The great Ansel Adams created what is called the zoning system. In the darkroom, he’d work on his images so that certain parts of the image were exposed darker or brighter (dodging and burning). There are images of his that include darkroom notes on them. 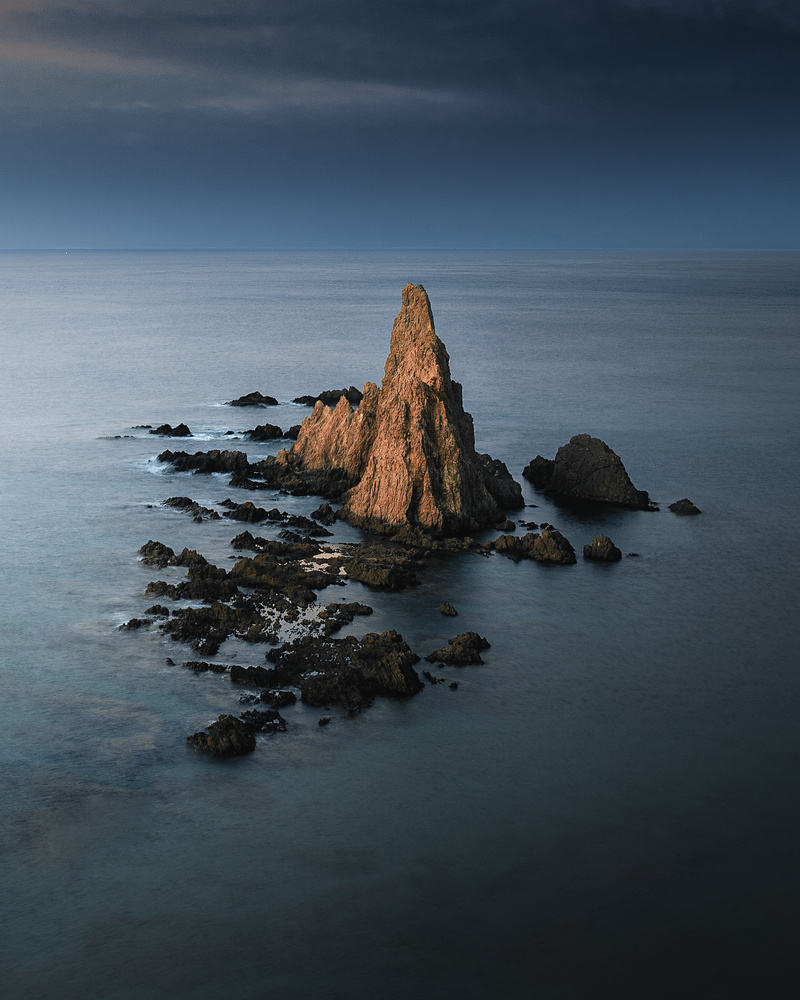 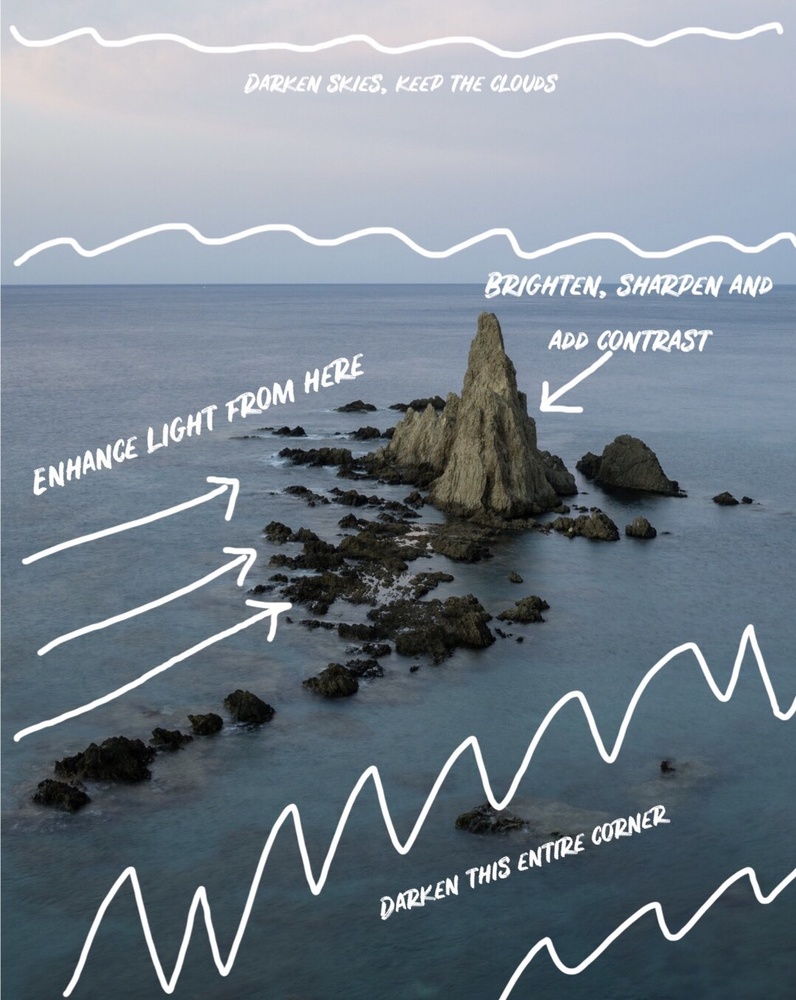 Sid uses Lightroom notes and shares these as part of his work. This sharing was borne of viewers of Sid’s work asking him his process; he is happy to share his workflow as part of a broader community engagement through his work. This wasn’t something he actively pursued but enjoys the connection photography education brings. He recently did his first Twitch stream and quite enjoyed the process of it; he looks forward to doing more.

Lean Into the Gear You Have

Sid switched to the Sony A7 III, his first full frame camera, two years ago. He recently also invested in prime lenses, which he believes challenge his composition abilities. His legs are the zoom! His two main lenses are the 24mm G Master prime from Sony and the 85mm Sigma. Currently, he enjoys the 85mm, as it lends better to his approach to landscape. This is a marked turn from most landscape photographers, but it works for him.

He’s also recently purchased a DJI Mavic Pro 2; the new perspective is challenging. However, Sid admits that he doesn’t use this as often as he’d like since finding the right location for drone imagery (which includes navigating the legalities of no-fly zones) is uniquely difficult. He is hopefully incorporating more drone work on his next trip though!

The first few times was weird because orientation is such an important thing when it comes to composing. And I think my first 100 shots with a drone were write-offs. I won’t even go back to edit those.

The unique perspective of drone imagery sits in contrast to the subject portraits made with a traditional camera in that he leans into the unique top-down perspective of the drown to create shapes and lines of the sea. You just can’t attain this perspective with a handheld camera. Being witness to what may be the next step in Sid’s oeuvre is exciting. His hope is to create not just top-down drone images but also more traditional landscape imagery but from higher vantage points.

A Message of Conservation

Surprisingly, or perhaps not, Sid grew up in the city and was very much a “city boy.” Despite this contrast of what his upbringing was compared to his current focus on unbuilt environments, Sid admits that it was a trip to Iceland which cemented his interest in landscapes:

I want to document how I see nature. I would love to have a message of conversation behind it. 100%.

He admits that there are steps we can all take, globally, to better conserve the natural world around us. As he currently lives in Spain, he wants to highlight the natural aspects that exist there. Spain doesn’t need help with tourism, but he believes that natural environments are often overlooked in comparison to some of Spain’s built environments. Sid’s belief is that these natural wonders can be marketed as part of a broader adventure tourism initiative, which would include conservation and education.