Is there anything finer than a monochrome silver gelatin print shot on film? Should we even attempt getting close to that with digital? Black and white are either misused or underused in many genres, and it’s time for a change.

When color first appeared, it was considered crass. Black and white had dominated photography for around 130 years. But by the 1980s, it had lost its crown and become a niche art, reserved for those who ventured into the darkroom for either photojournalism or fine art.

Even now in this digital age, black and white are mostly used to create a more artistic feel to a photo. This has led to the mistaken belief of many a beginner that the value of a photograph is increased just by removing the color; it isn’t. Desaturation doesn’t instantly transform a bad photo into a good one. 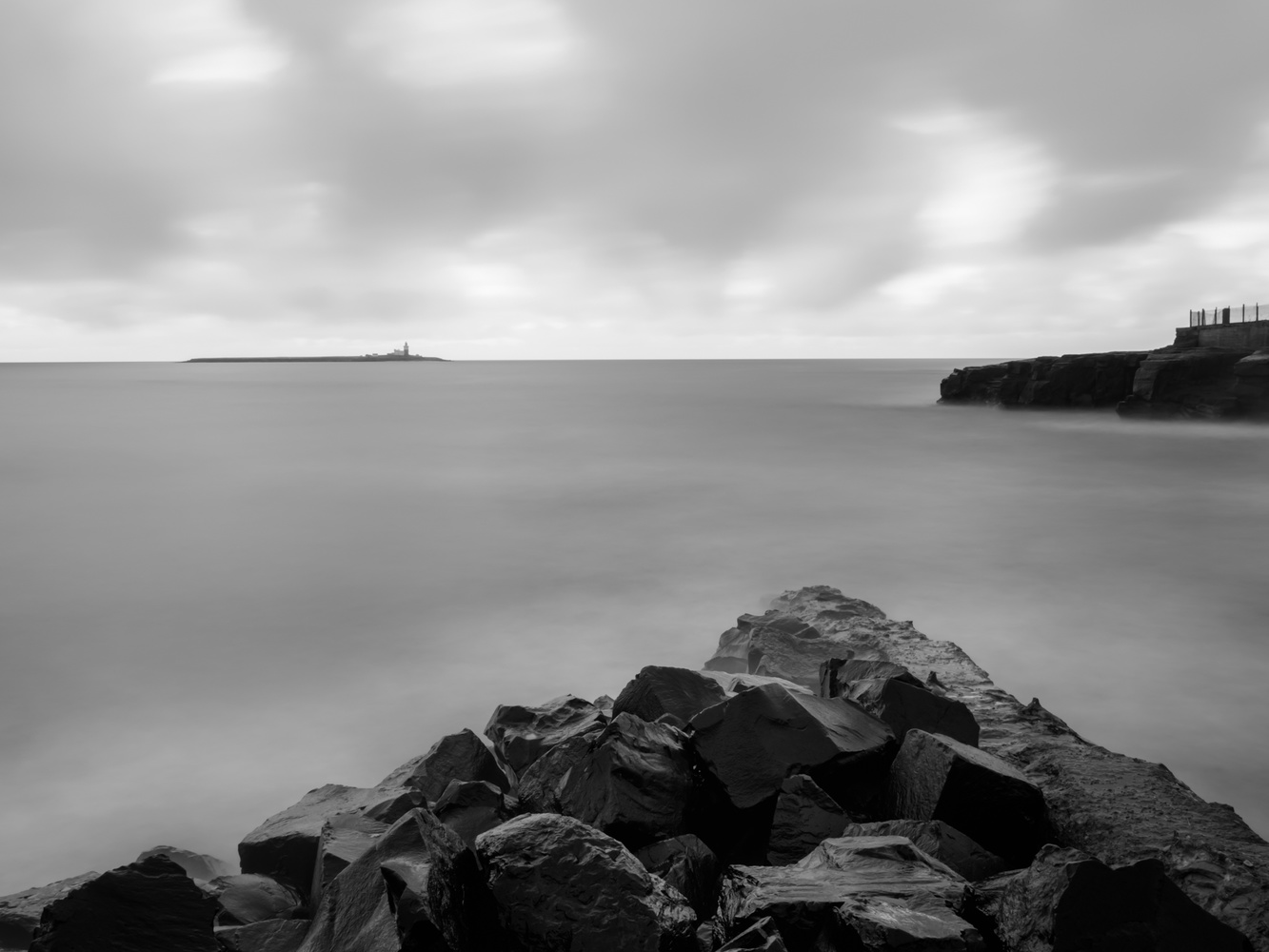 Monochrome does lend itself well to street photography. Nevertheless, color still dominates in most genres. Only rarely do we see wildlife photography shot in black and white, and wedding photographers might have a few token images scattered thinly throughout their portfolios. Despite Ansel Adams’ mastery of the landscape in black and white, that is predominantly a color-dominated field, where scenes are flooded by the golden lights of dusk and dawn. 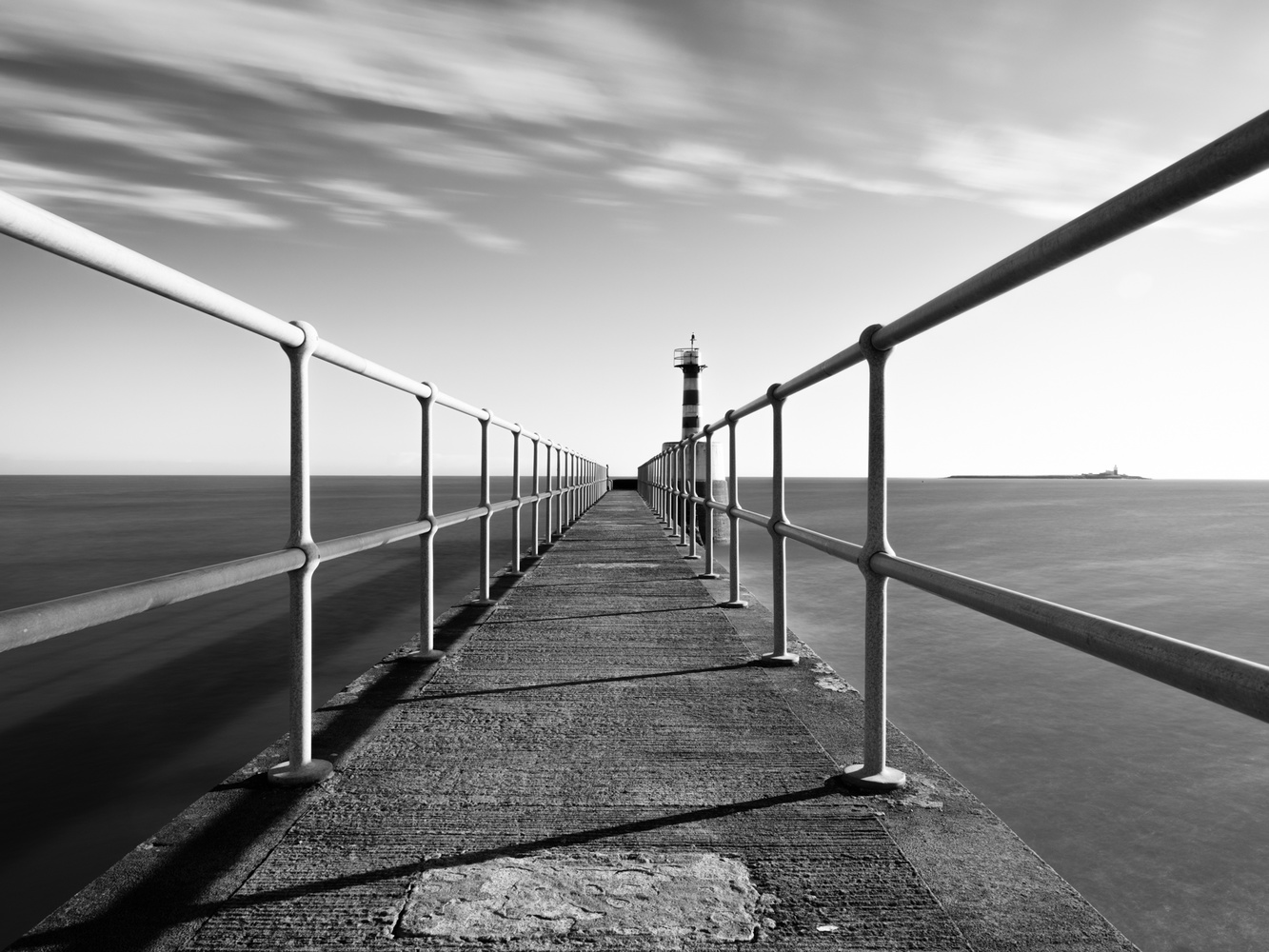 Recently, there has been a resurgence in film photography. This is partly a rejection of modern technology and a corresponding wish to return to less sterile practices. Moreover, it’s because digital cannot precisely match the fabulous look of the film. Consequently, people have been heading into the darkroom again — or perhaps for the first time — and discovering the absolute delights of seeing a monochrome image materialize in the developing tray under the ghostly red glow of the safe light. Besides the sense of being more in touch with photographic history, they feel that the extra work that goes into developing prints from the film gives analog intrinsic qualities that are unachievable with the digital process. There is certainly a greater sense of achievement. 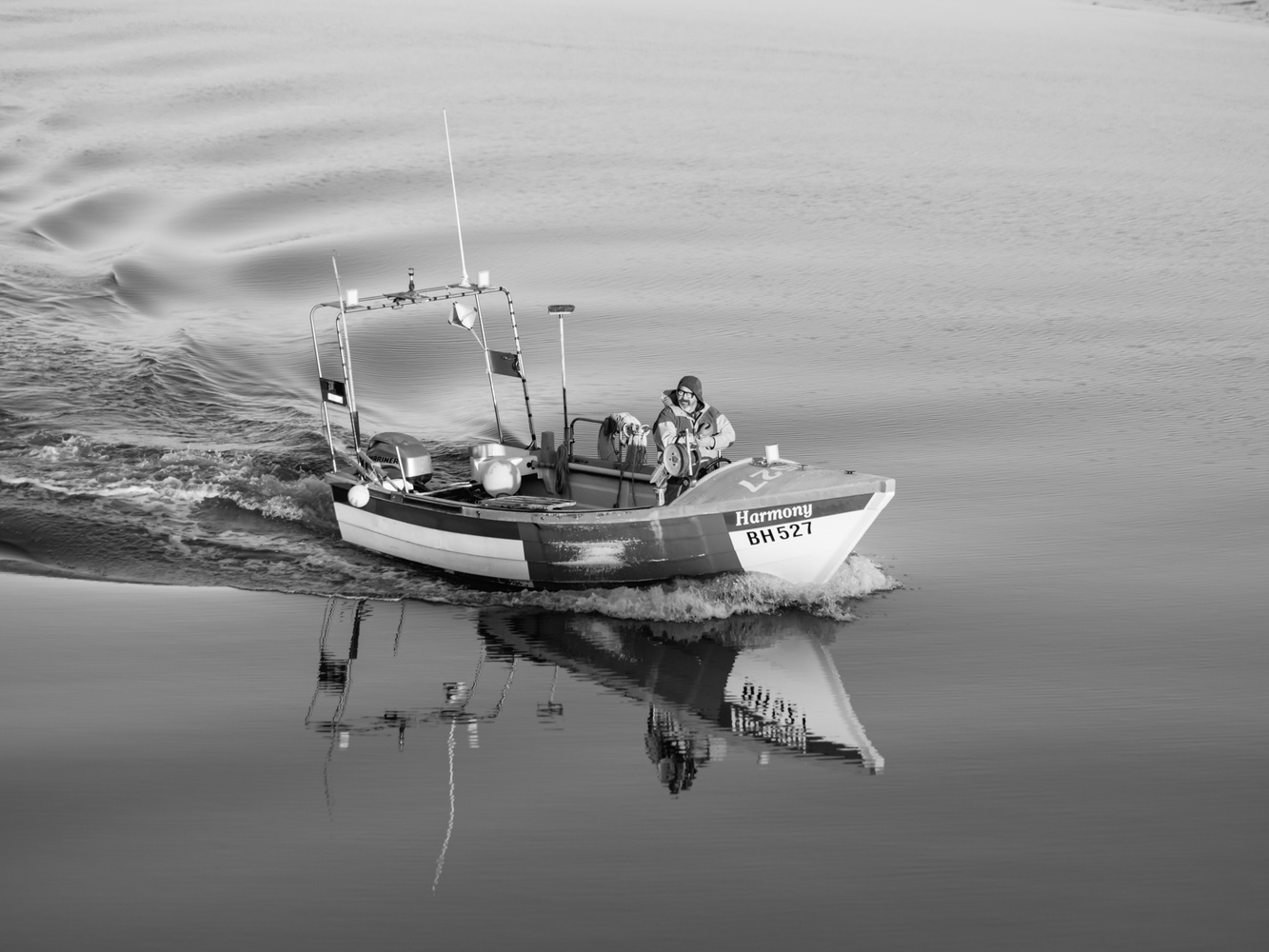 Many use digital technologies to pretend that a photograph is something it isn’t. There are hundreds of Lightroom presets and Photoshop actions that supposedly emulate different film types. Although they mimic its tonal curve and grain, they fail to achieve the true nature of the film. I realize that this is my subjective view, but I find it tawdry. It also seems like some photographers are ashamed of their black and white images being digital and attempt to hide them behind an attempt at an analog look. I believe there is no need for that. Consider using film presets as a starting point, but forget what they are trying to imitate. Instead, adjust them until you find an appealing and unique result proudly that stands up on its own. 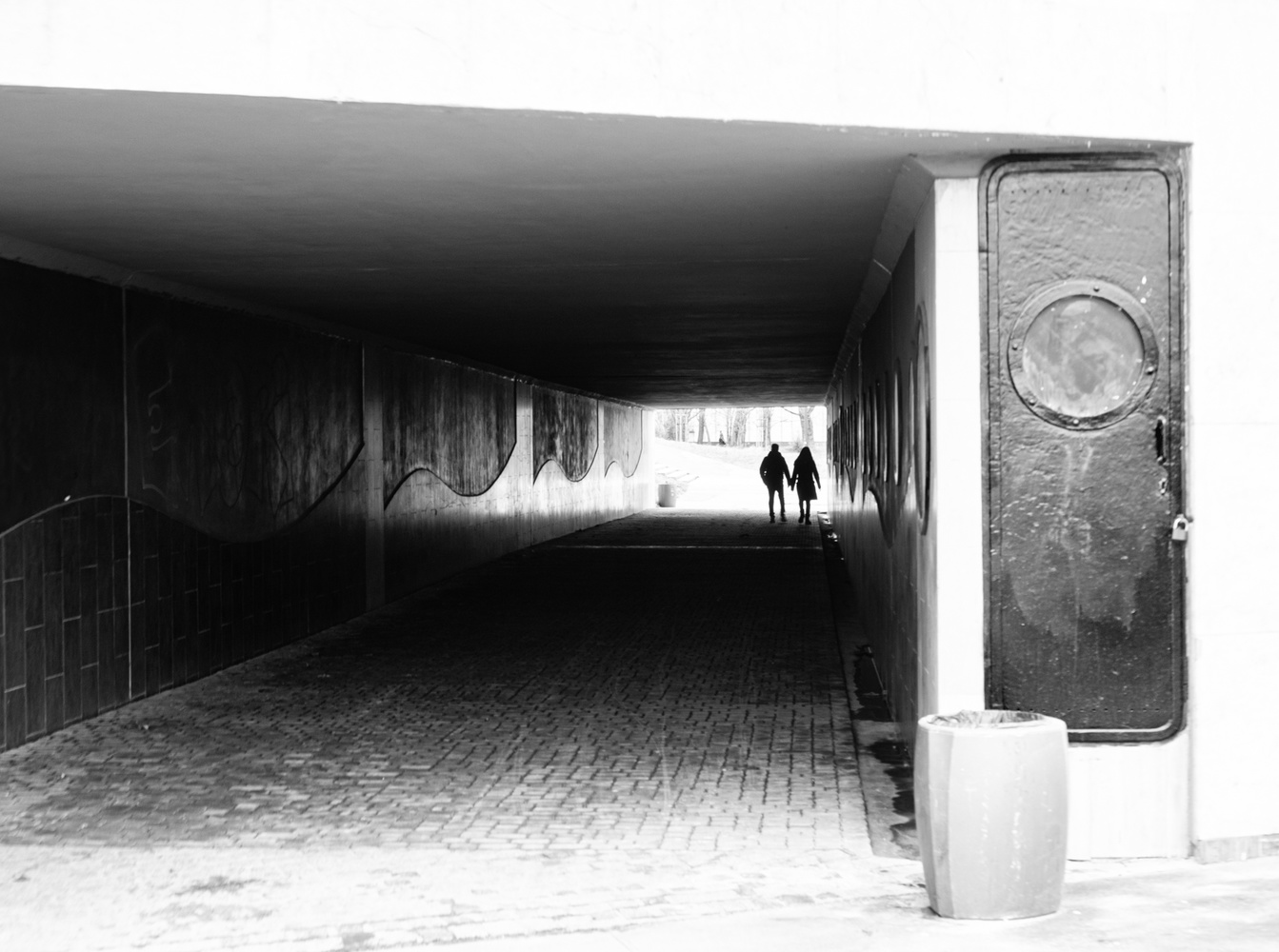 I do believe is that although photography should be influenced by what has come before, as with all arts, it should also be celebrated for its unique attributes and not pretend to be something it isn’t. After all, we don’t try to make film photographs look digital, so why should we attempt it the other way around? We could consider the inability of digital to precisely replicate the look of the film as a good thing. Instead, digital black and white photography can and should be recognized for its own merits. After all, digital black and white images can look great.

Black and white photography is, of course, restricted to shades of gray from black to white. It is a form of reduction, removing a distracting element, color, from the image. The human brain likes that simplicity. Furthermore, it is another method of showing the world in a way that our viewers don’t usually see, which is one of the most important methods of making our images compelling. 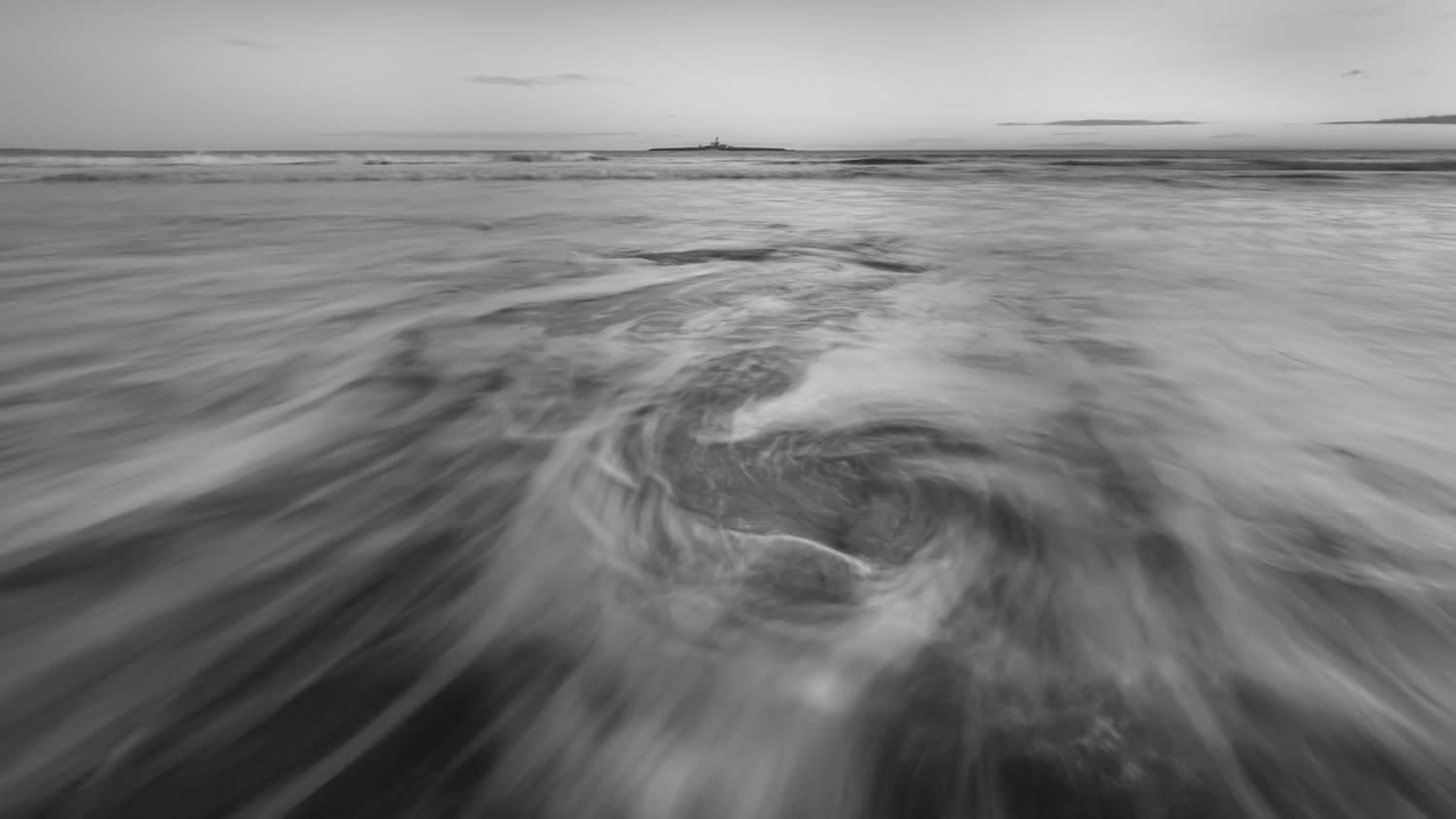 Only practice will teach us how to “see in black and white.” By observing areas of strong shadows, mid-tones, and highlights within the frame, we become aware of the different luminosities of the world around us, thus discovering how to separate subjects from their background. One good method of learning this is to switch your camera over to black and white. The camera’s preview will give you a good idea of how the scene looks before it is shot. Taking a few moments with each shot, examining the image and its histogram, and assessing why it works is time well spent.

The camera’s software produces some fine black and white results. I always imagine a talented technician sitting in a laboratory in Japan tweaking the in-camera processing settings to create the best possible images. Good quality cameras allow us to make global changes to brightness and contrast. However, if we want to apply local adjustment settings, and we probably do, then we must consider specialist software. 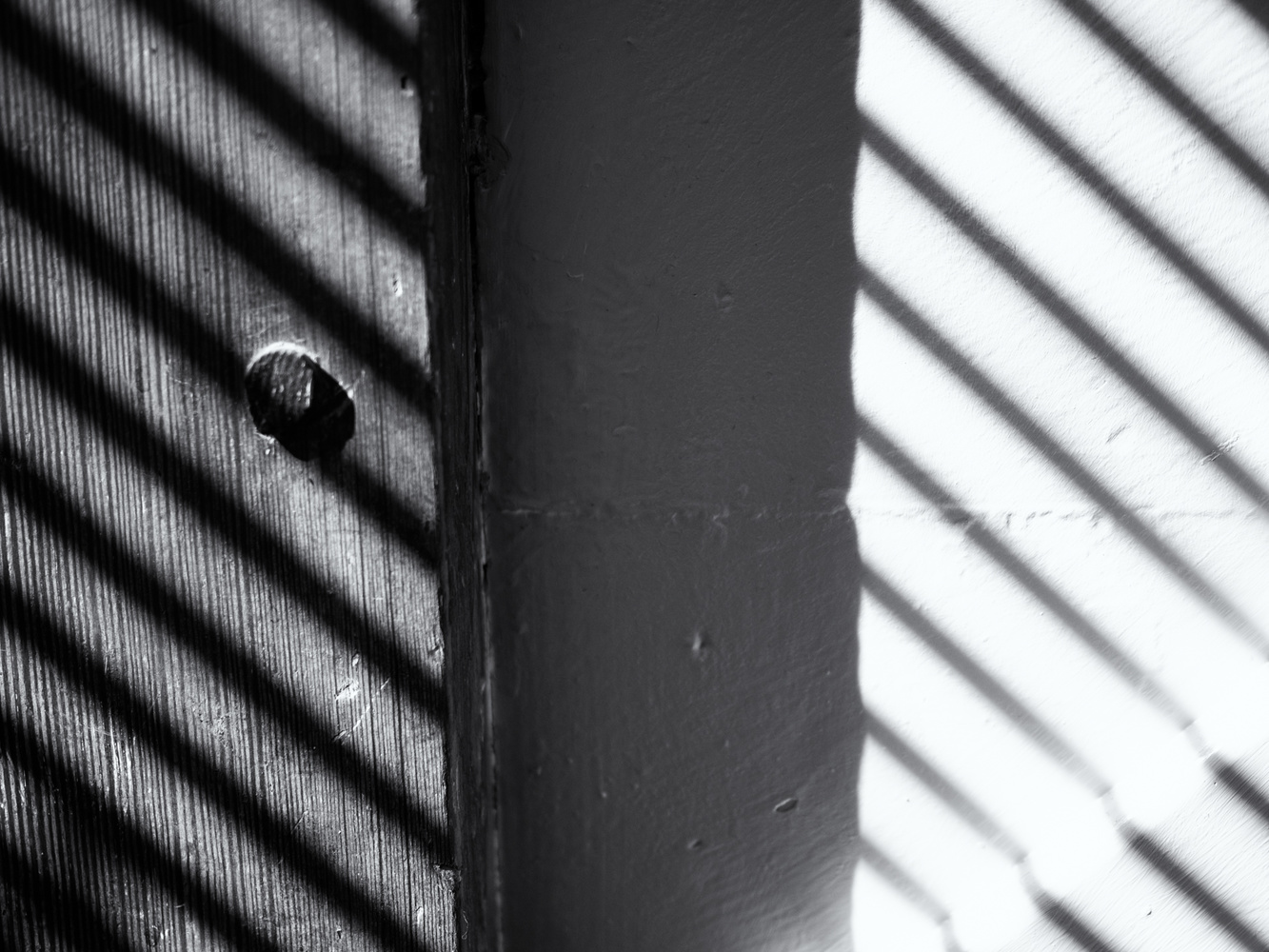 I recommend avoiding black and white conversions in Lightroom and ACR. This is a subjective viewpoint, but I find the black and white settings in Adobe’s raw development tools are lacking. On1 Photo Raw does a very good job, as does Capture One, but Nik Silver Efex Pro still has the edge.

As I said at the start, black and white is used for limited purposes, especially fine art. But there is no reason why we should not employ it in other genres. Nevertheless, we can learn from fine art and employ its techniques and styles with other types of photography. 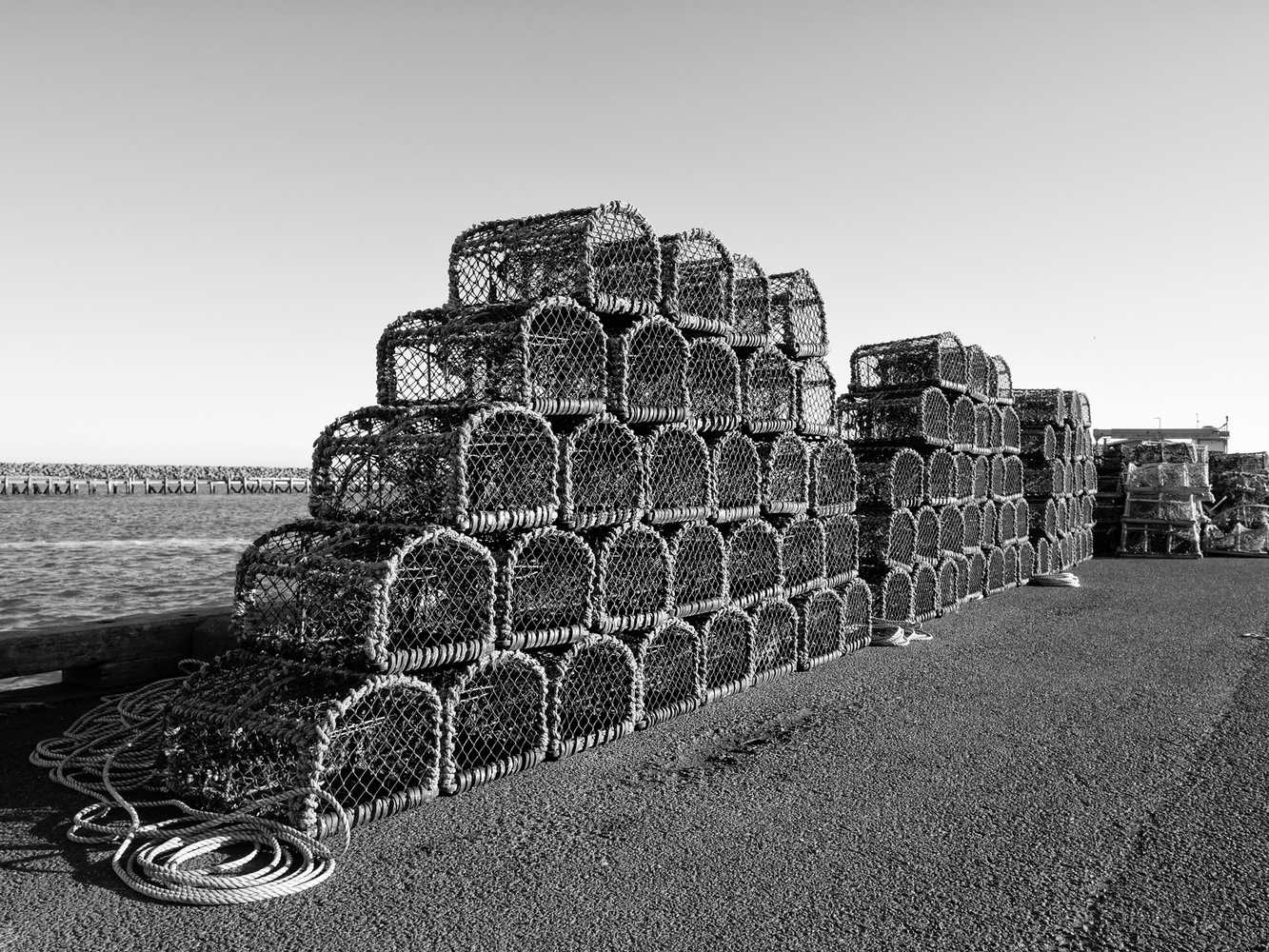 Look for other contrasts than lighting, such as simplicity and complexity, plainness and accentuated detail, differences in size, static and dynamic, and so on. Strong graphic elements work well and accentuating those with extreme processing of black and white can give good results. Unlike color, it’s not only perfectly acceptable to have large areas of pure black and white in monochrome photos, but it adds impact.

With color photography, pushing adjustments can result in unpleasant, gaudy results. This is especially noticeable on skin tones, where getting it wrong makes the subject look unwell as our minds are hardwired to expect healthy people to have skin tones that fall within certain parameters. However, exaggerating tones and contrasts in black and white is agreeable to our eyes as we are already showing the scene in a non-realistic way. 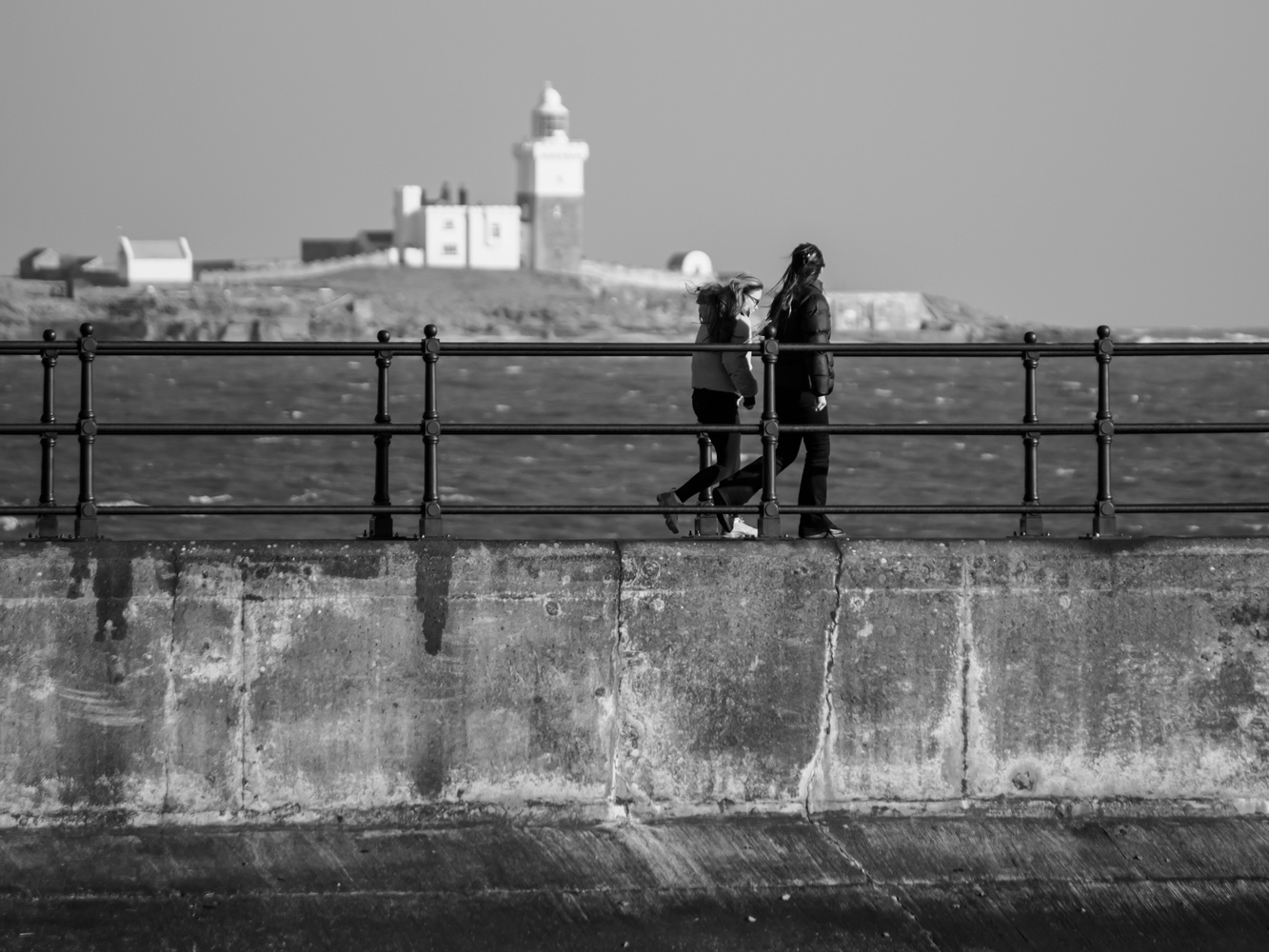 Finally, learn from the best. By that, I don’t just mean photographers like Cartier-Bresson and Adams. Watch black and white movies by filmmakers such as Alfred Hitchcock and Carol Reed. Portraying melancholy moods works particularly well in black and white, and they were masters of that. 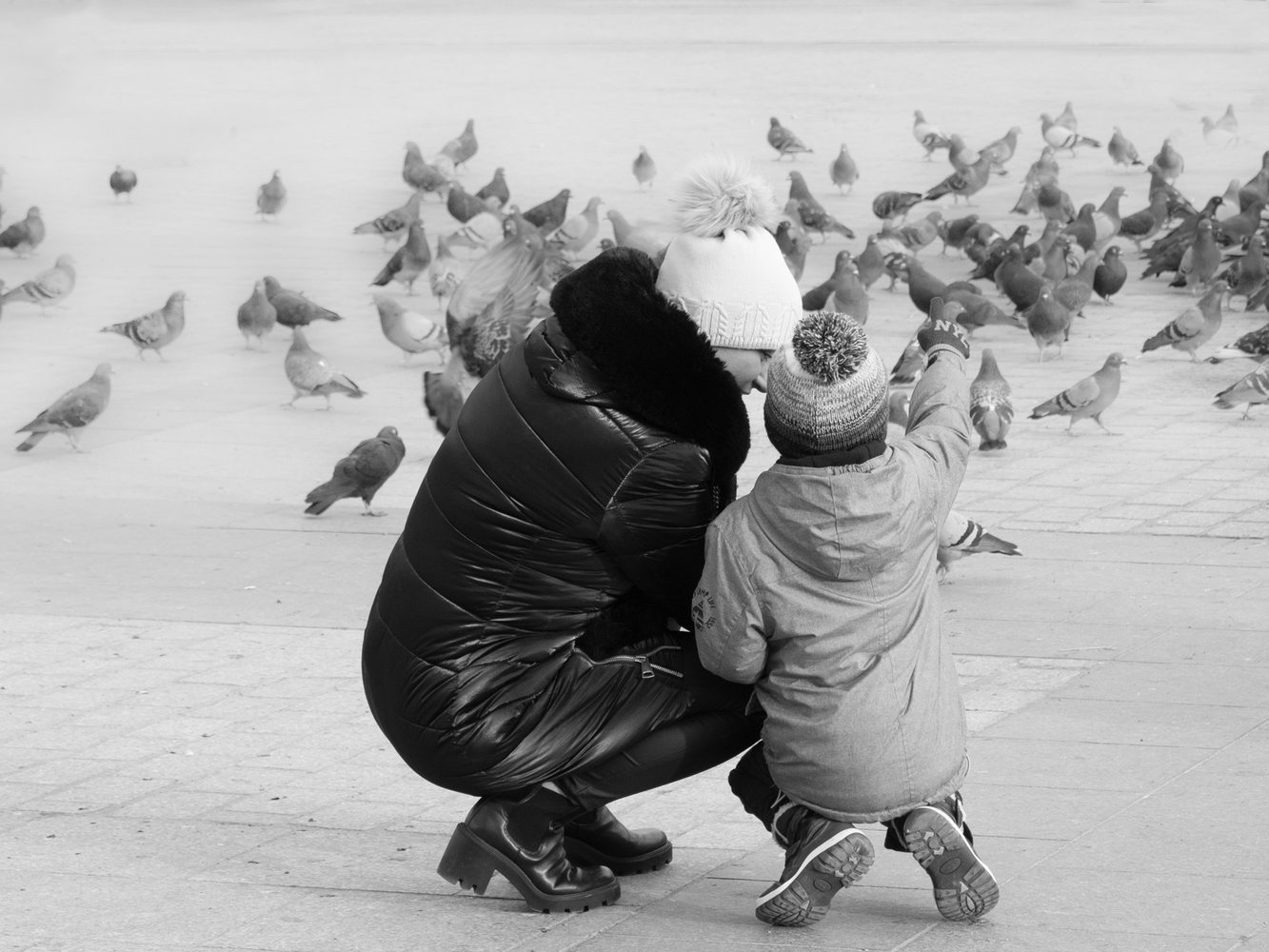 Do you shoot black and white in genres where it is less usual? It would be great to hear about your experiences and perhaps see some of your shots in the comments. Or is it something you want to experiment with and learn more? Maybe you are a dedicated user of film presets and disagree with what I propose. Do you get as good results from any presets as you would from film? It would be great to hear from you too.

In this article, I am only just touching the surface, but I hope you delve into the topic more deeply and discover the delights of black and white.