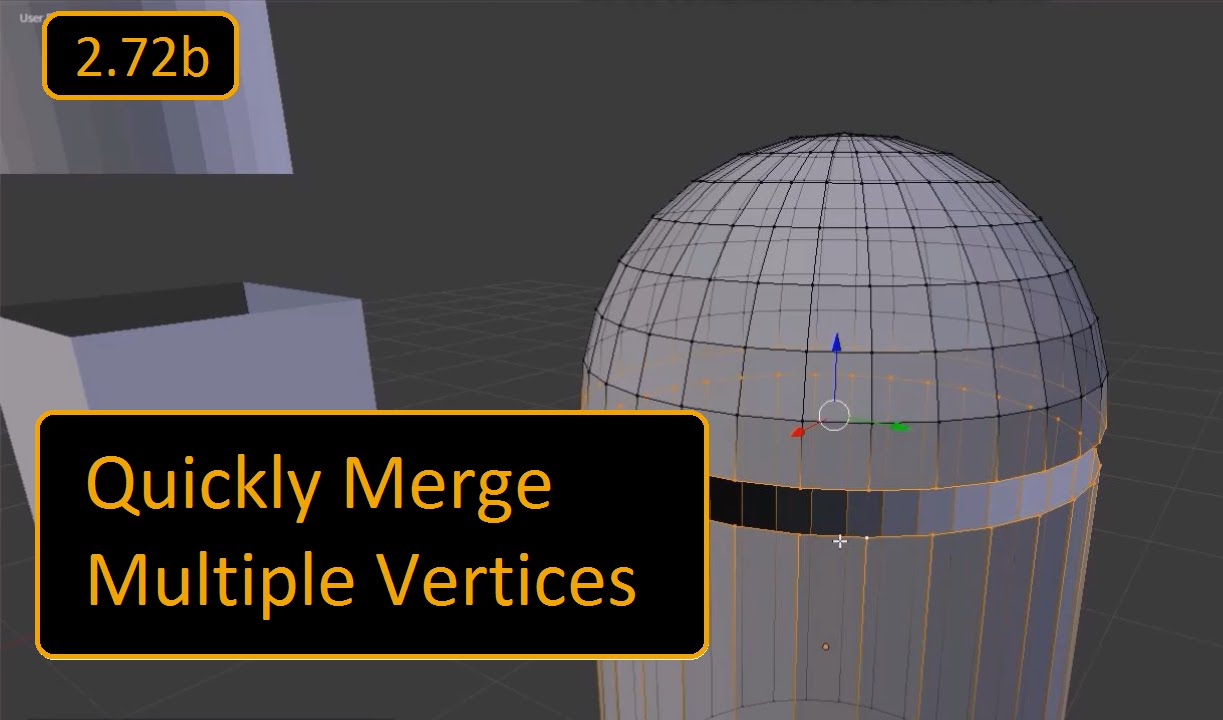 I recently searched for a faster method to combine edge loops or multiple vertices, but I couldn’t find one. So I decided that I would try to use some of Blender’s tools to make doing so faster, and I found a way that works! This is a fairly short tutorial on quickly merging edge loops and multiple vertices in general. This method utilizes several functions in Blender: bridge (if necessary), vertex slide, and remove doubles. Keep in mind that when trying to merge vertices there has to be geometry connecting the vertices.

Also, there is one thing that I didn’t mention in the video. when trying to connect a higher amount of vertices to a lesser amount this method works fine. But when trying to connect a lesser amount of vertices to a higher amount things get a little sketchy. For example, in the video I connected multiple vertices from the cylinder to a single corner vertex of the cube, which caused no issue. But, if I were to try to slide the vertices from the cube to the cylinder instead of from the cylinder to the cube the vertices would not match very well. This is so because the cube does not have enough vertices to compensate for the amount that the cylinder has. They would still be connected but the geometry of the model would not be very neat. So just beware of situations like that.

When working with edge loops specifically, a faster way to combine them (or at least essentially what I did in the video) it to actually delete the edge loop. To do this: bridge the vertices (if needed), select the edge loop(s) you want to delete (the delete edge loops function will not work if you select two edge loops that directly connected to each other), use the delete function (two hotkeys are “X” and “Delete”) and click “Edge Loops.” This reduces the process by one step. That may not seem significant but when working on large projects it can help to save time; it’s also a little more reliable. The method that I explained in the video is still very useful when merging vertices that aren’t a complete edge loop though.

If you have any questions or issues I’ll try address them.