Hello, my name is Jason Vinson. I’m a wedding photographer, and it’s been three weeks since my last photoshoot.

I’ve been hard at work doing things to help my business while stuck in isolation. I’ve updated my portfolio, I’ve scheduled out some social media, I’ve documented my family, and even created a giant guide to the best venues in my market. It’s absolutely kept me busy. But the fact remains, part of why I love wedding photography is for the creative outlet you get from taking portraits. 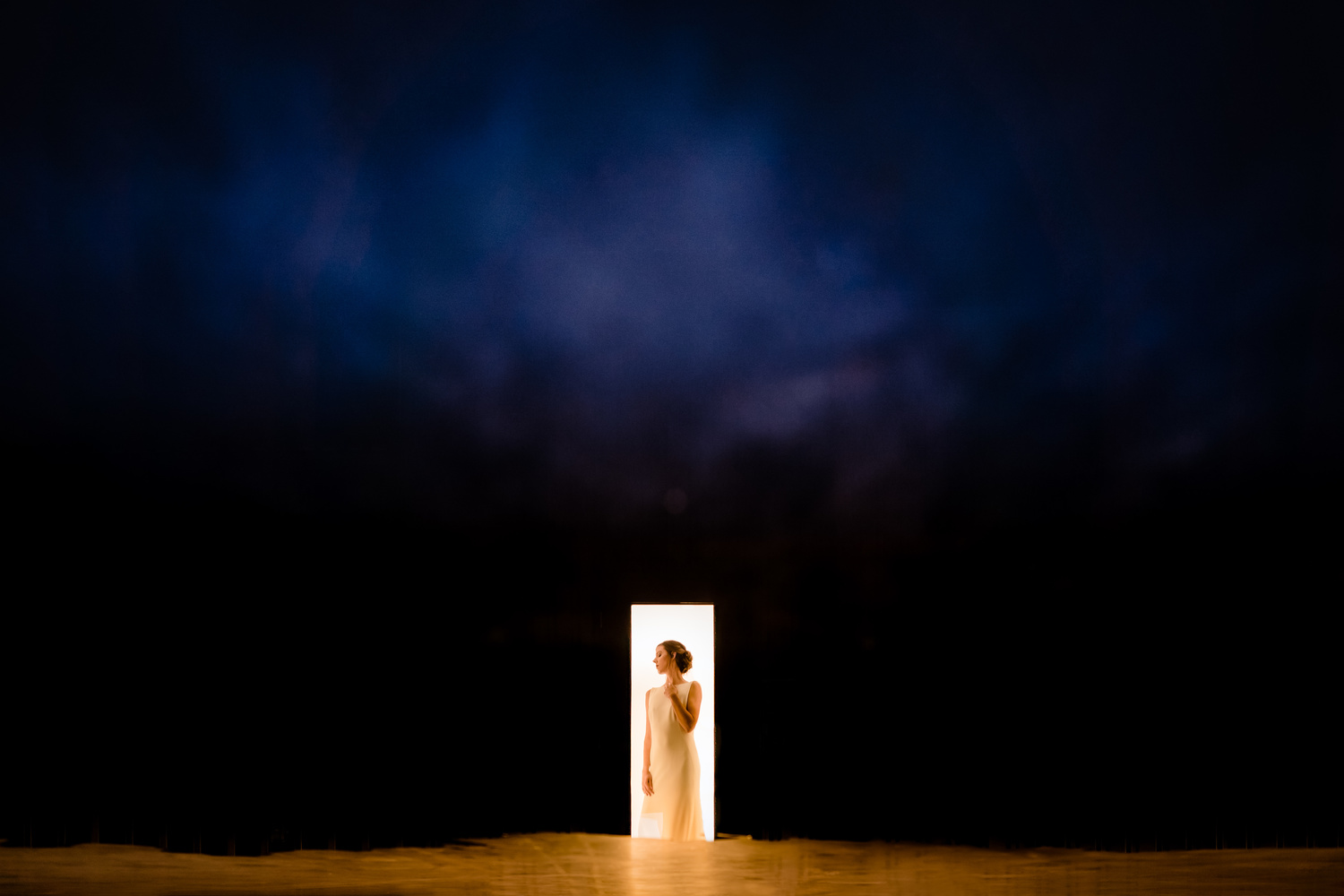 Because going out and shooting in this current climate just isn’t a good idea (especially given the fact that we now have a one-week-old newborn at home), I was itching for something to photograph. Then, I saw a post where a photographer used a set of Barbie and Ken dolls to recreate a photoshoot. I thought it was funny, and the pictures came out well, but I wrote off the idea. Then, another week passed by, and I became desperate — so desperate that I even went as far as to borrow a set of dolls from my neighbors.

So, as soon as the kids were sound asleep for their daily nap, I got to work. But what I quickly realized was that these dang dolls are impossible to pose. They can’t even stand up on their own. So, while I have no idea how kids are supposed to play with these things, I had to resort to a Manfrotto Nano clamp. Once paired with a stand and a super-high-tech hair-tie I stole from my wife, I was ready to stumble through this photoshoot. 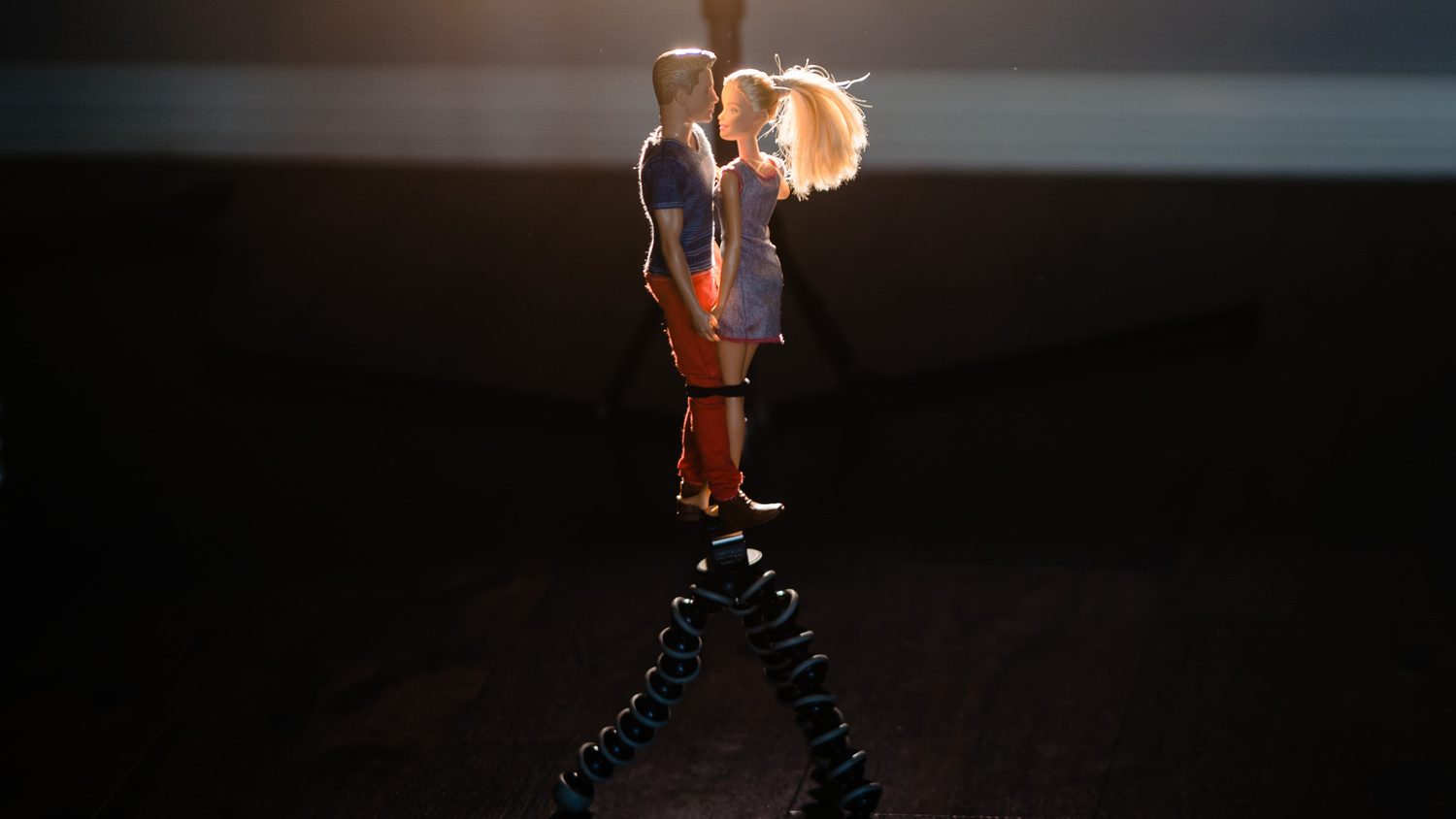 The key with this shoot was that I wanted to treat it like a normal shoot. This meant I had to break out my lights, modifiers, and all my lenses. So, loaded down with my Sony a9, 24mm, 35mm, and 85mm lenses, and my Stella CLX8 and MagMod modifiers, I set off around the house.

The first image I found was using some sunlight coming through our bedroom window. I loved the lines the window shades created, and because the dolls are much smaller than real people, I thought these lines would add a unique graphic element. So, I set the dolls up against the wall, set my camera exposure for the highlights, and then asked the couple to hold hands and stare off into the sun. 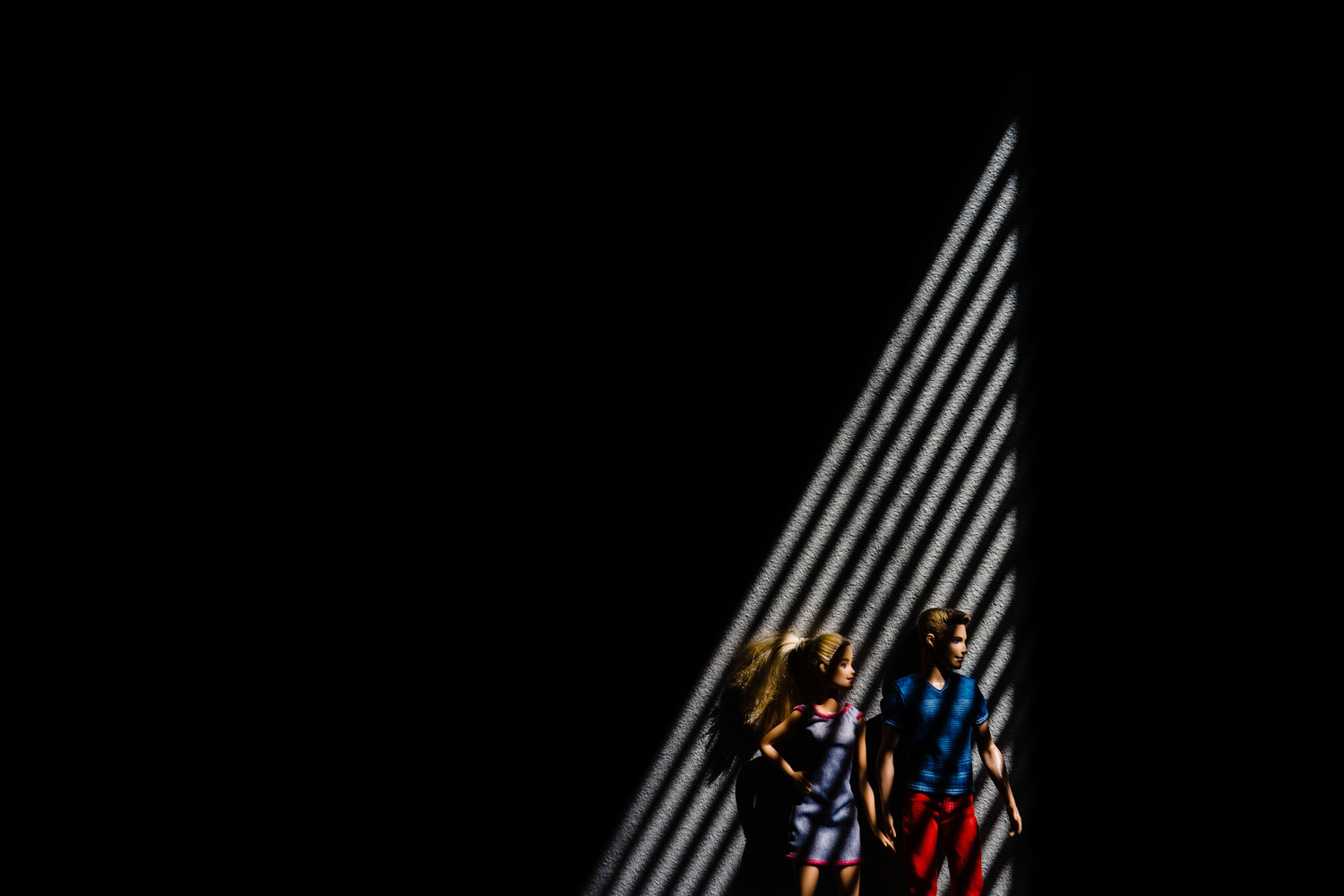 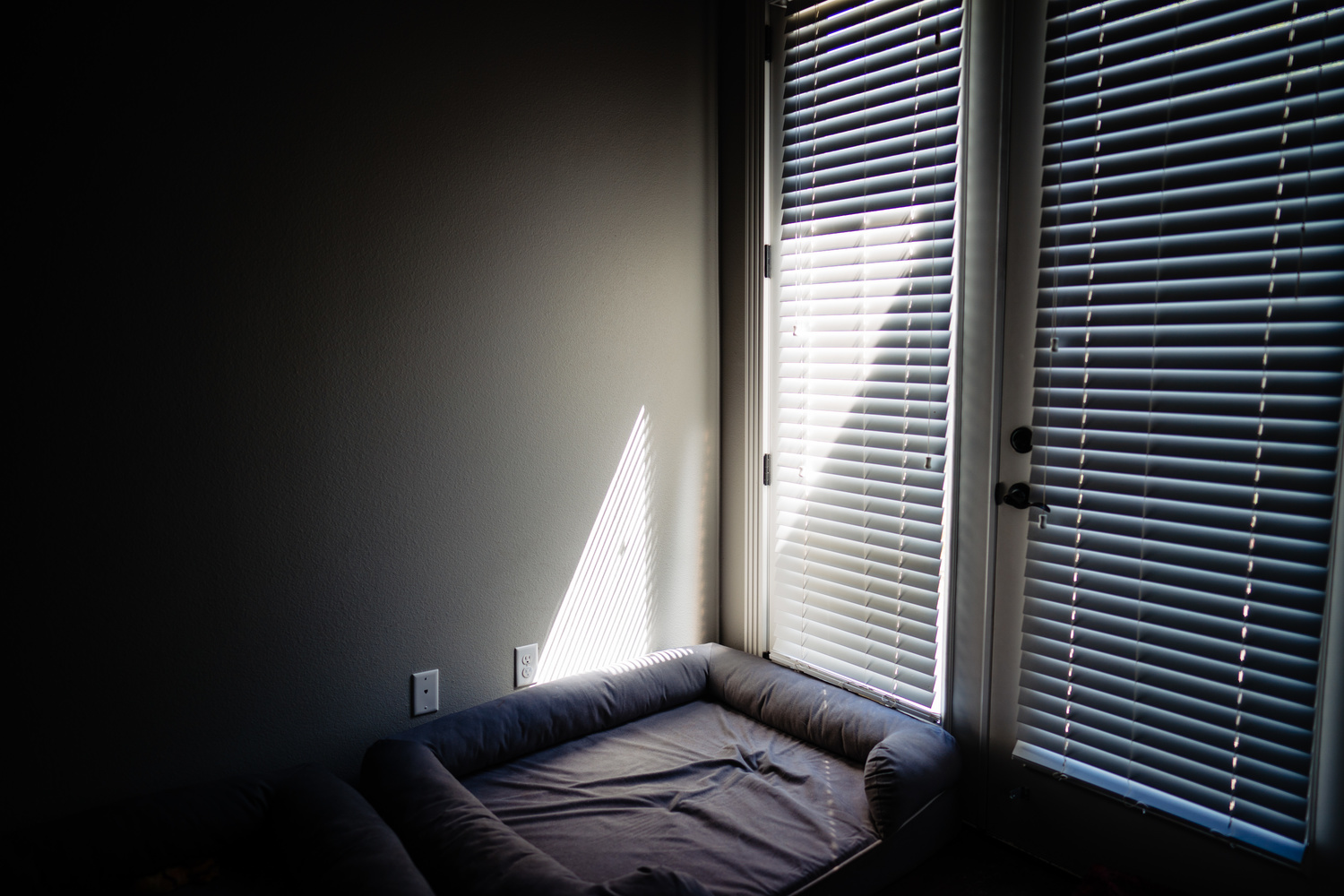 Next up, I wanted to create a nice backlit portrait. So, I framed the couple against a dark wall and then placed my Stella CLX8 with a MagMod CTO gel behind them. I then posed them in a way so that there would be a nice rim-light on the guy. Then, that same light would bounce off the guy’s face and give Barbie a nice soft light on her face. 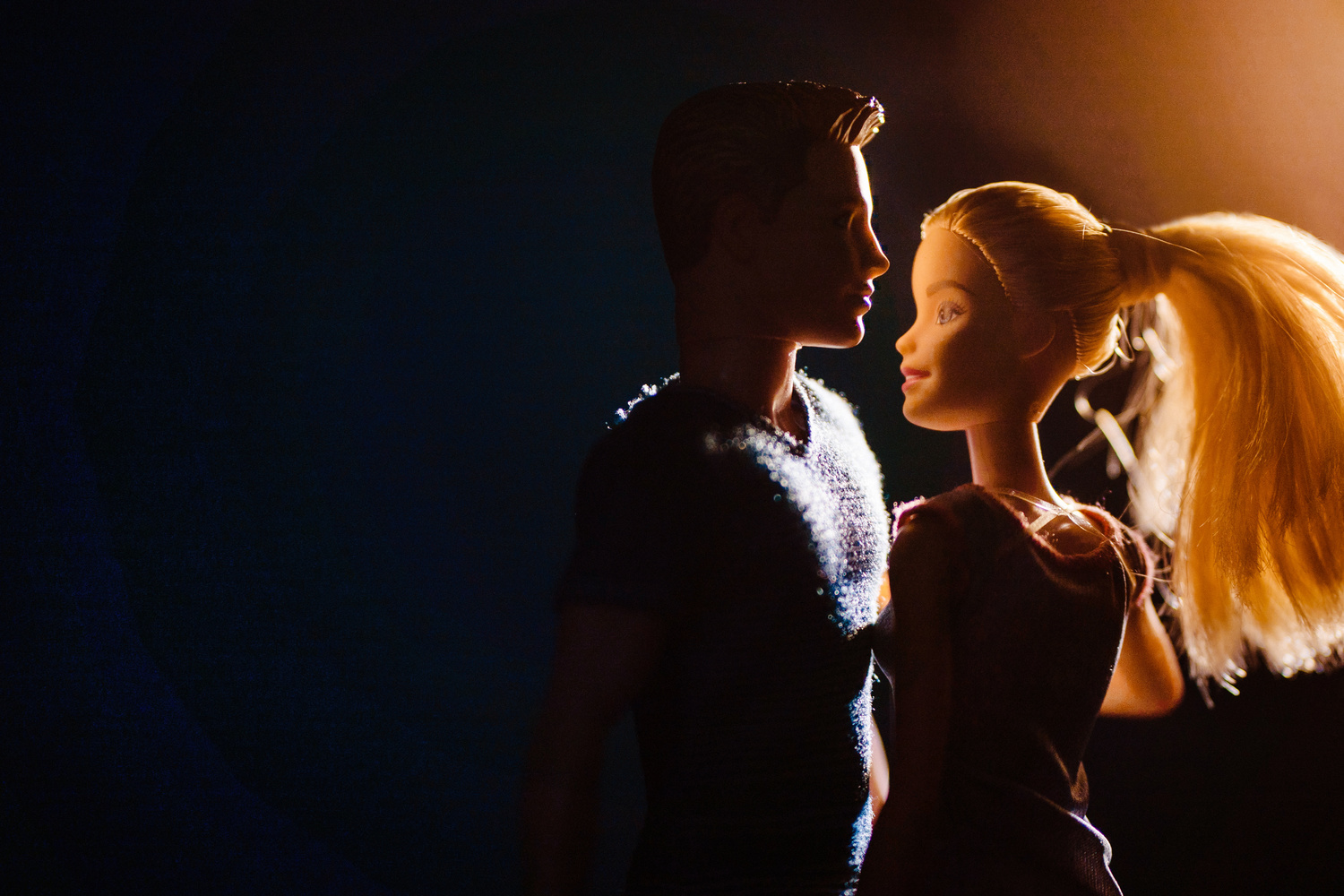 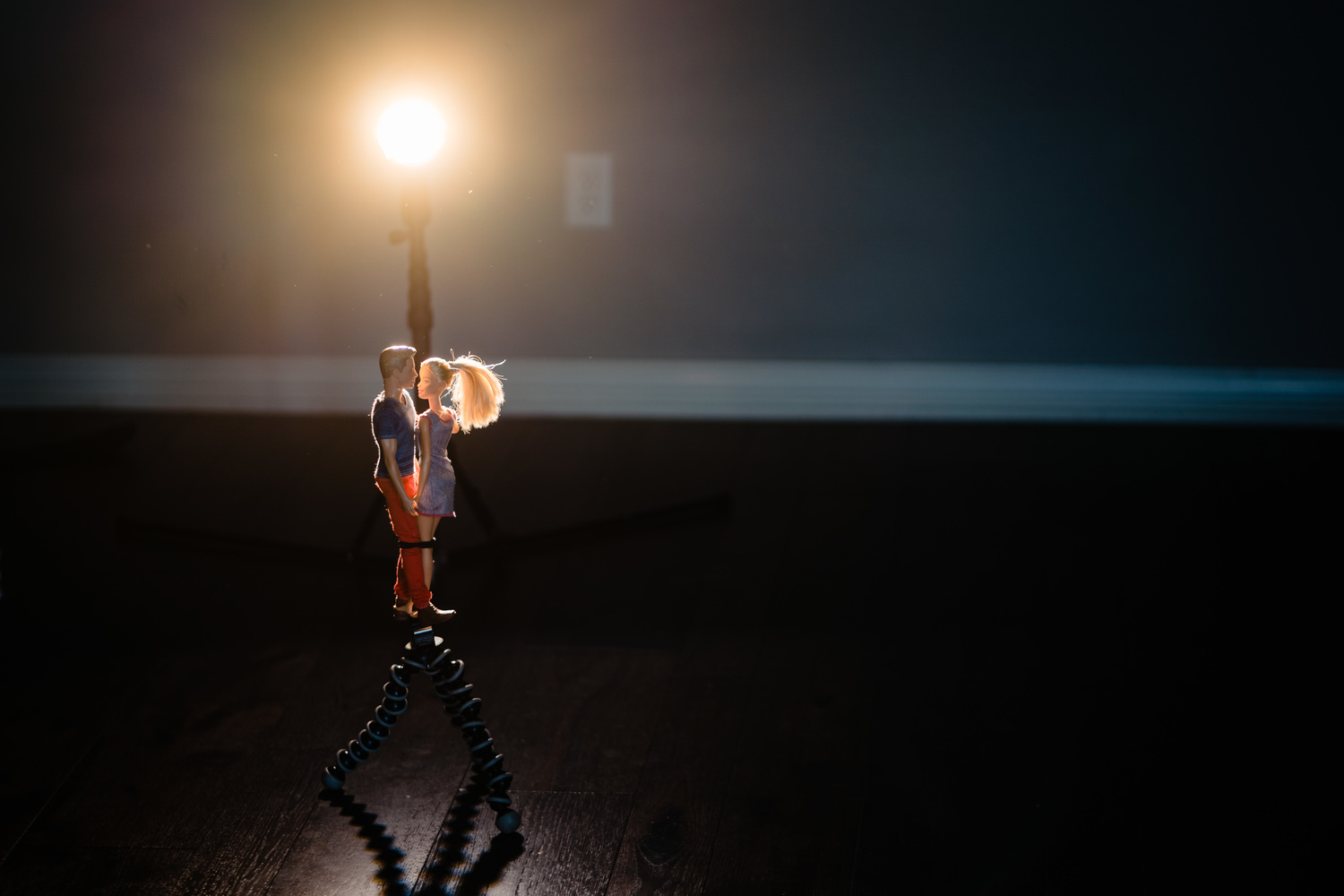 From here, things got a little weird, and our shoot was interrupted by a giant T-Rex. But, being the type of person that’s always up for a challenge, I decided to try to make the best of it. So, I pointed my light directly at the wall, which let Barbie and Ken fall into silhouettes. I then waited for the T-Rex to fill my frame, and I got my shot. 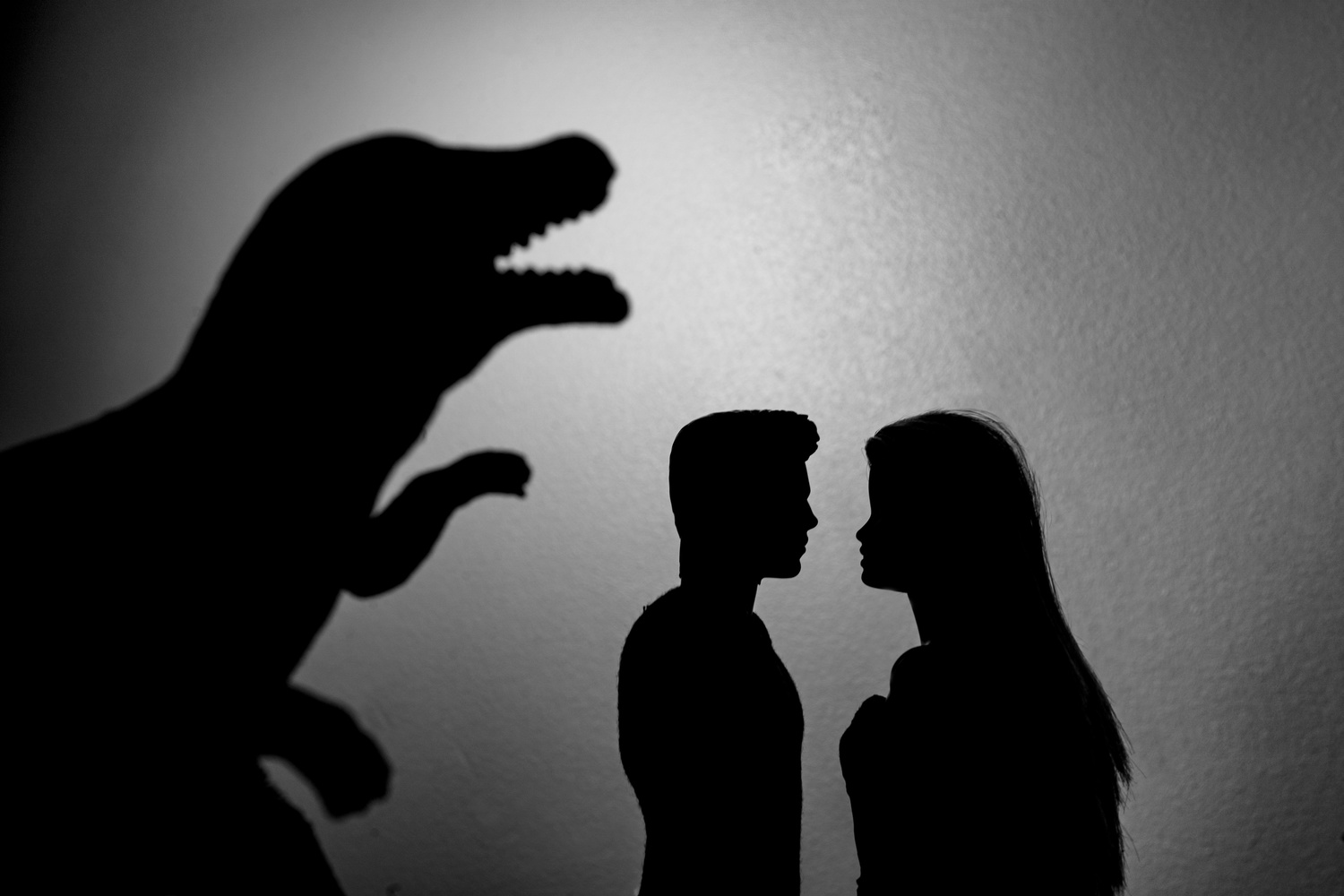 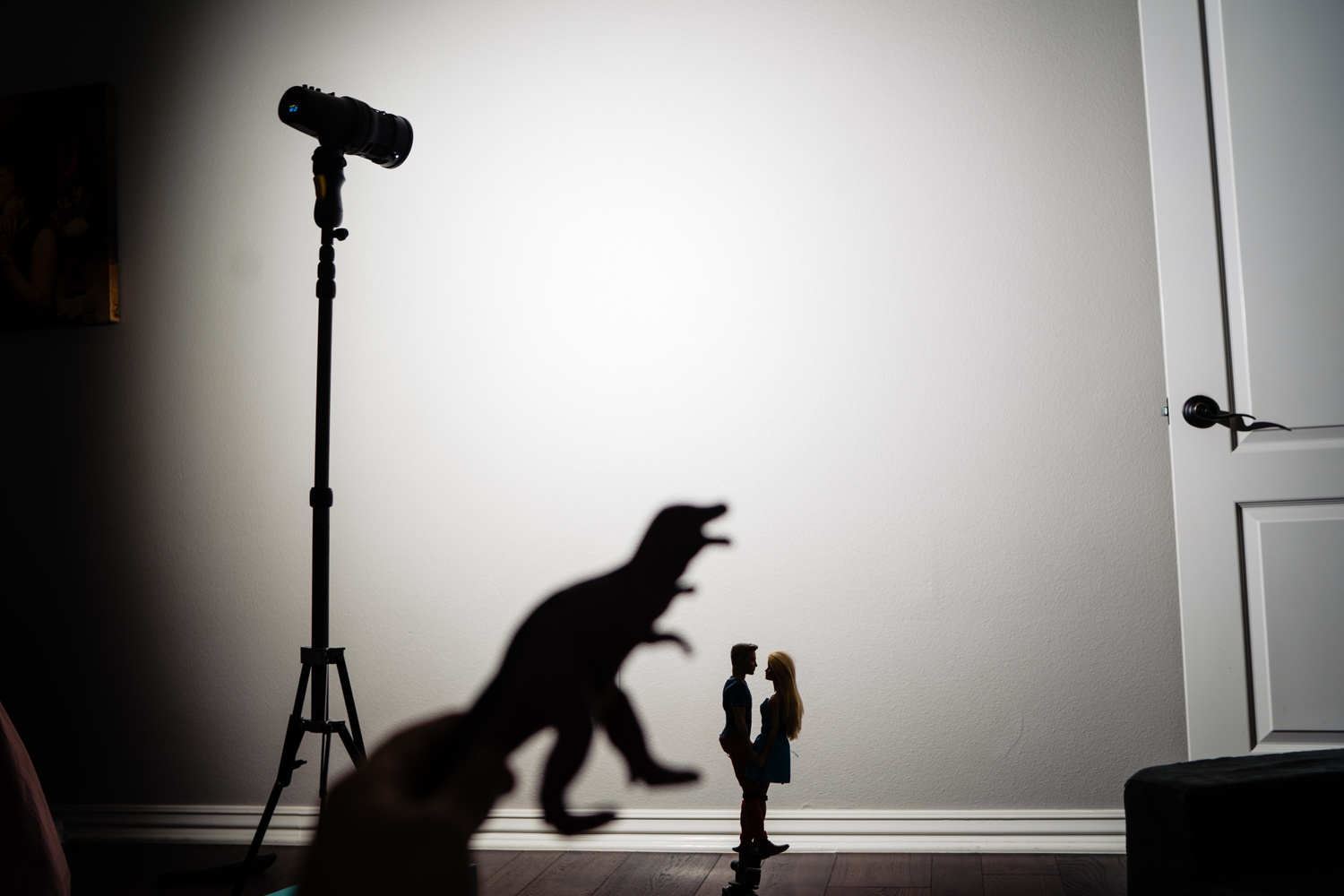 We then decided to make our way outside. Walking around, I noticed how the sun was shining through the leaves of a tree in our front yard. So, I framed the couple in a gap between some of the branches. Then suddenly, one of my neighbors walking their dog came by, and I realized just how ridiculous I probably looked. But at this point, I was too deep into the fantasy, so I simply waved hello and continued to set my light up with a full CTO gel to backlight the couple. But I made sure the light was coming in at a bit of an angle so that it could bounce around them a bit and fill on their faces. 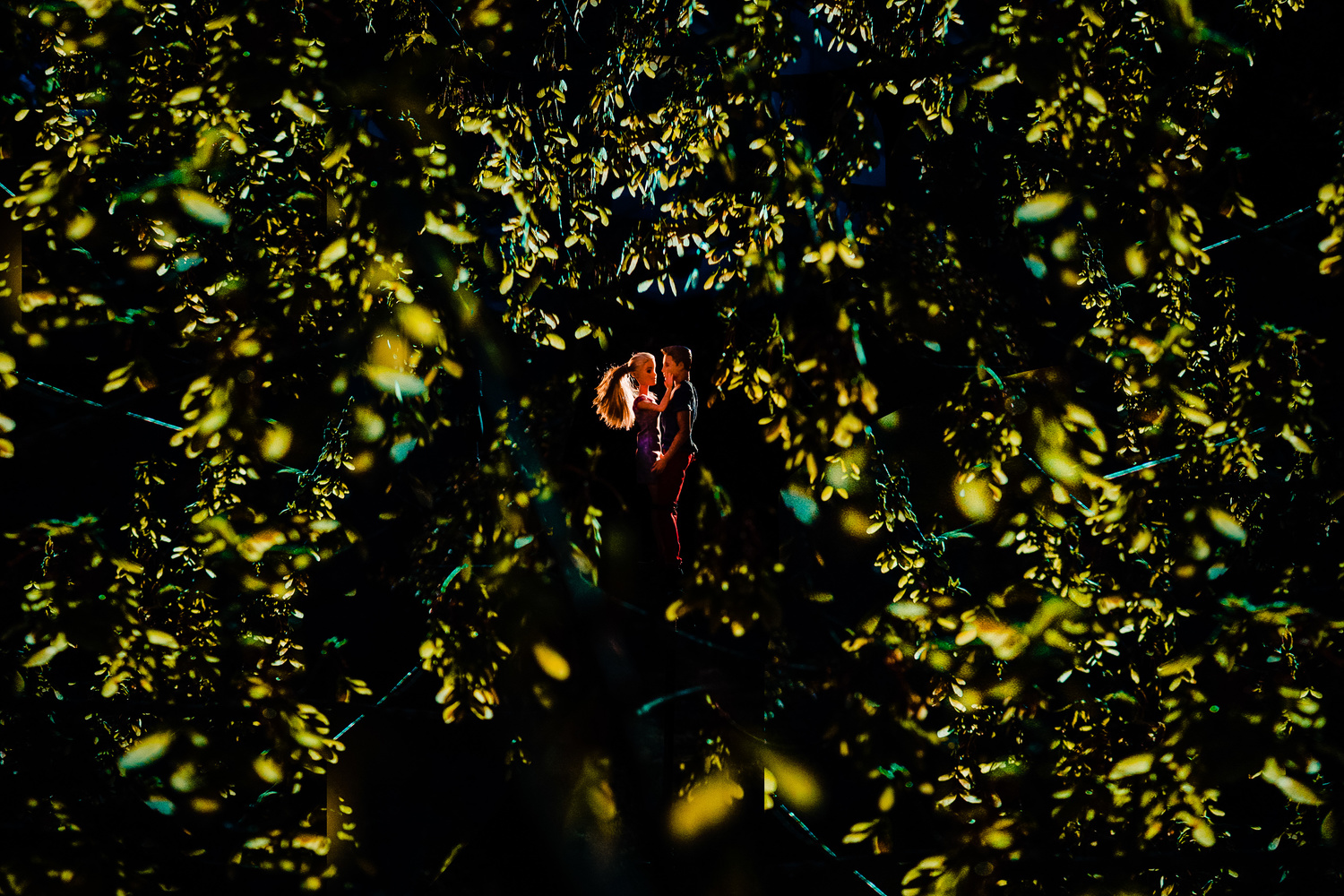 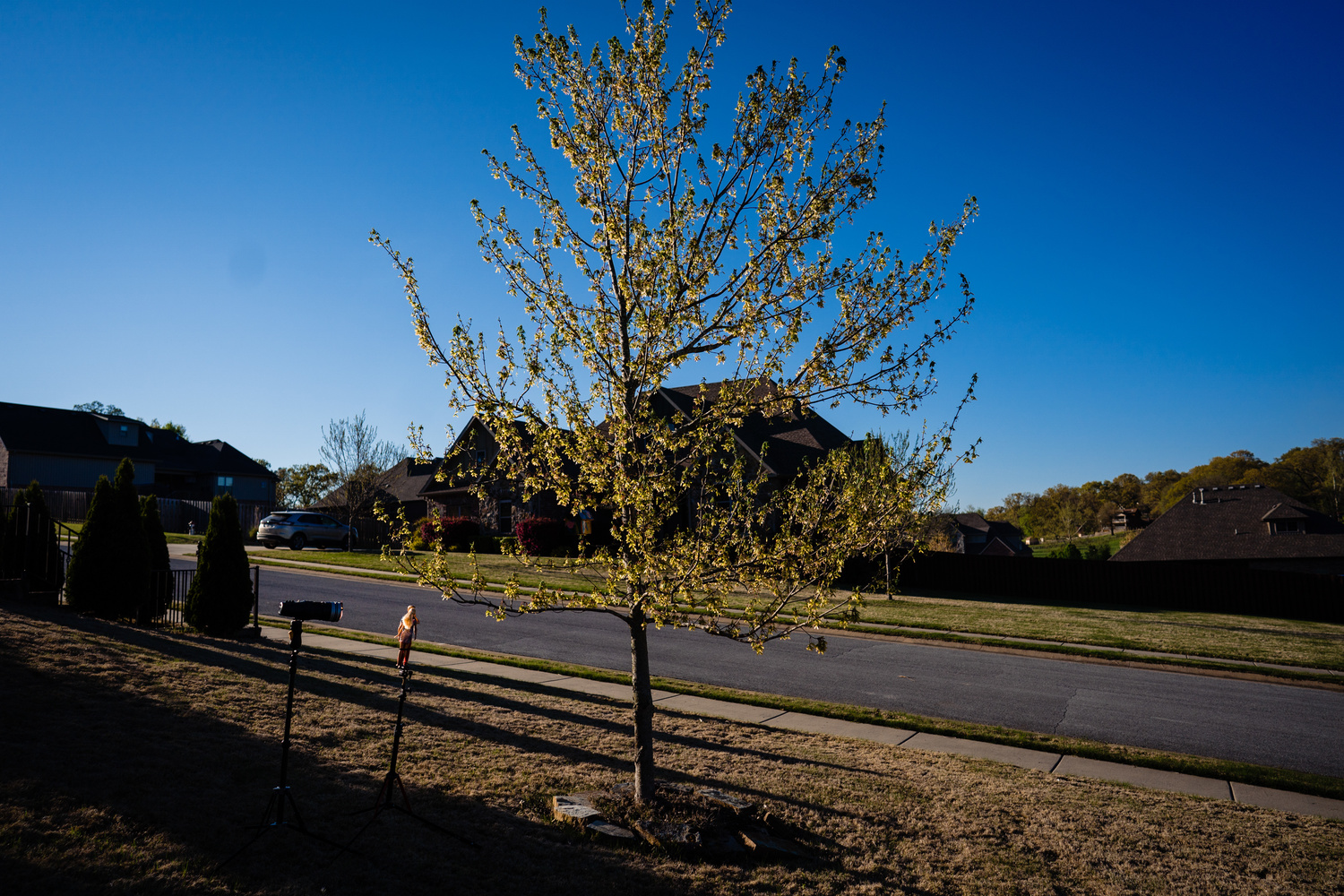 For the last image, we went back inside, because I wanted to use a new pair of lights I hadn’t been able to try yet (I also wanted to minimize my chances of being seen by my neighbors more). These NanLite tube lights can be set to any hue, saturation, and luminance settings, so I set one to blue and the other to orange. I then posed Ken and Barbie in a way to where the warm light would light their faces, and the cool light would rim-light them. I took a few close-up images of just the couple, but I later stepped back a few steps and included the lights in the frame. I loved how the long tube lights added a sense of symmetry to the image. ​​​​​​​ 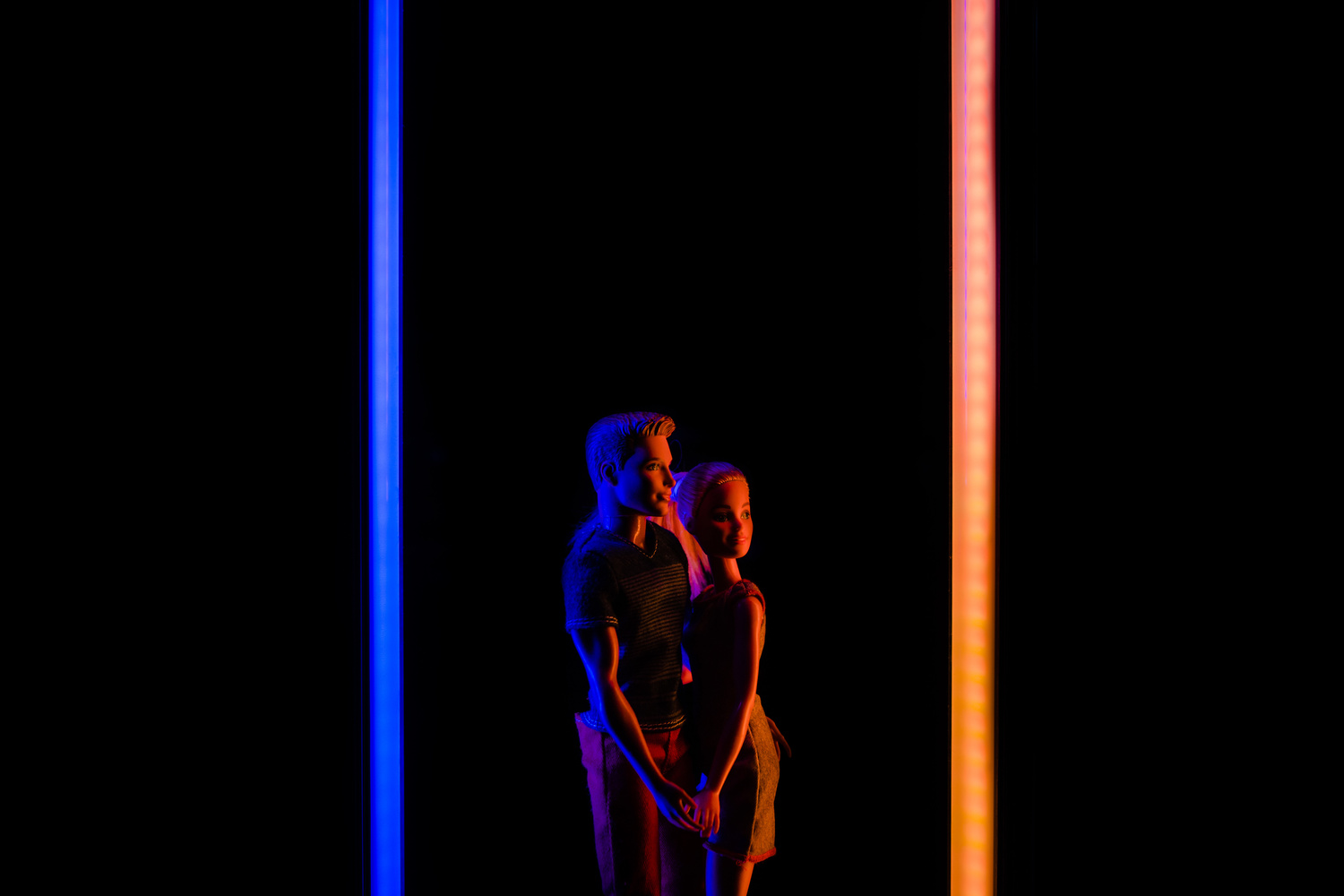 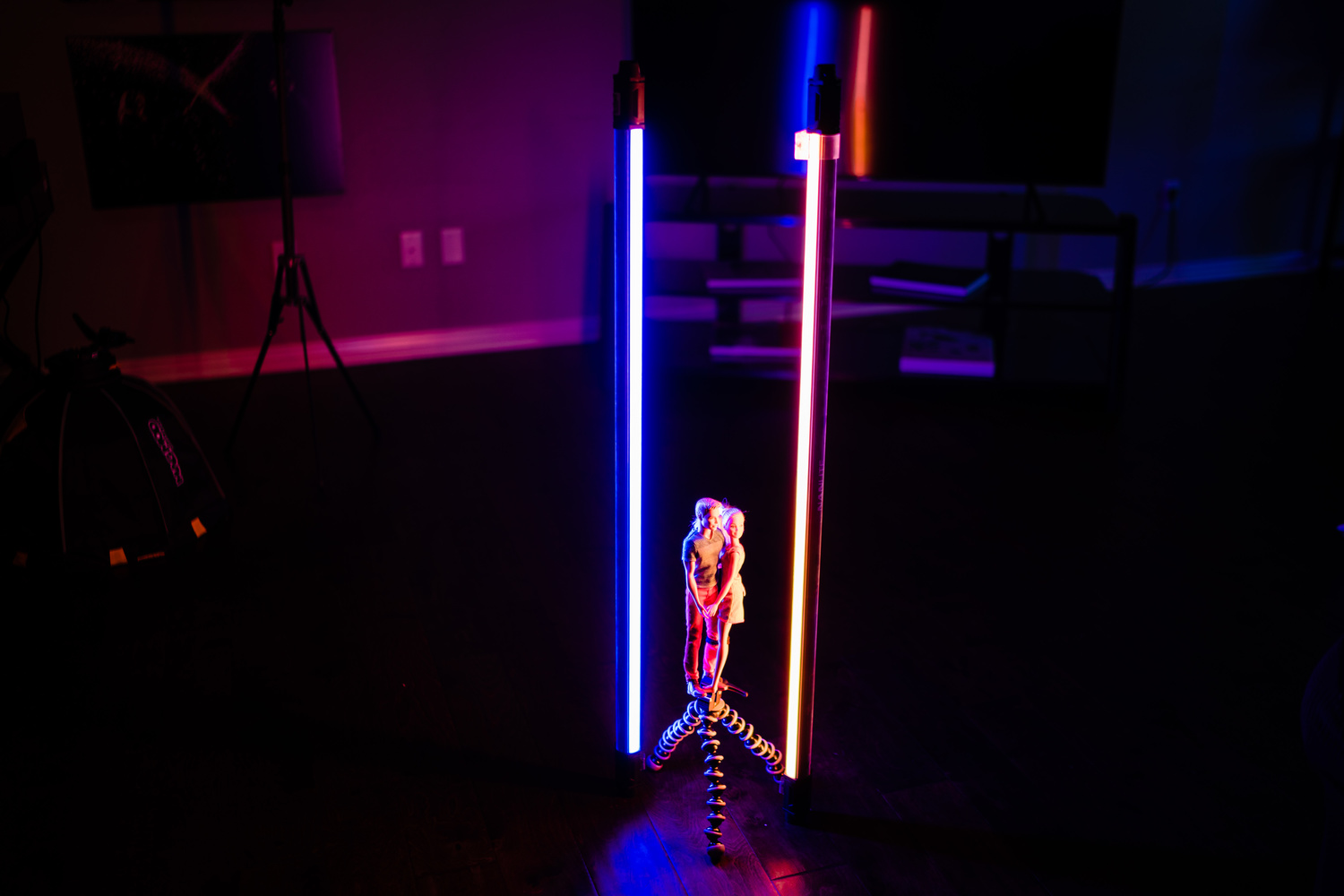 At the end of the day, as crazy and silly as it made me feel, this shoot was actually a lot of fun. At one point, I was walking by my wife in the living room, and I told her I was a little embarrassed at how much fun I was having. But the little challenges I was faced within each of my setups were very similar to challenges I would face in a real shoot. Walking around the house looking for interesting light was the same as walking around a regular location; I just had less ground to cover. It was also a new way of thinking since Barbie and Ken are so small, and the light I was looking for needed to be a bit different than what I would normally look for. I also still had to troubleshoot the light and fine-tune my compositions. And although the posing for this shoot was a little more hands-on than I normally like to get with my clients, the principals and concepts were the same. So, if you are bored at home and itching to shoot, maybe it’s time to dig through your kids’ toy closet or pester your neighbors for some dolls to borrow. If this post inspires you to shoot, I’d love to see what you get.

Below are a handful more images from the shoot.