Hasselblad recently announced its latest camera, the X2D 100C, along with several new lenses. What’s interesting is that Hasselblad has used certain design features in its latest lenses that are arguably reminiscent of another well-known company on the market, which is, of course, Leica.

Hasselblad has announced a new camera, the X2D 100C. This camera follows on from the original X1D series of cameras and comes with some major updates. Many of these updates can be attributed to the sensor in the new camera. This new sensor features 100 megapixels of resolution, 16-bit raw files, phase detect autofocus, and 15 stops of dynamic range.

This sensor is not new to the market because it’s the same one that can be found in the Fujifilm GFX 100 series of cameras. Hasselblad has made some changes to accommodate its own style.

For instance, the Hasselblad Natural Color Solution is well regarded as one of the best on the market. Colors are, of course, incredibly important — potentially more important than most other technical features.

Additionally, Hasselblad announced three new lenses with focal lengths of 55mm, 38mm, and 90mm. All of these new lenses have an aperture of f/2.5. The design of these lenses is noticeably different from current XCD lenses and virtually all previous Hasselblad lenses too. It’s this change that seems to have caught the attention of many. 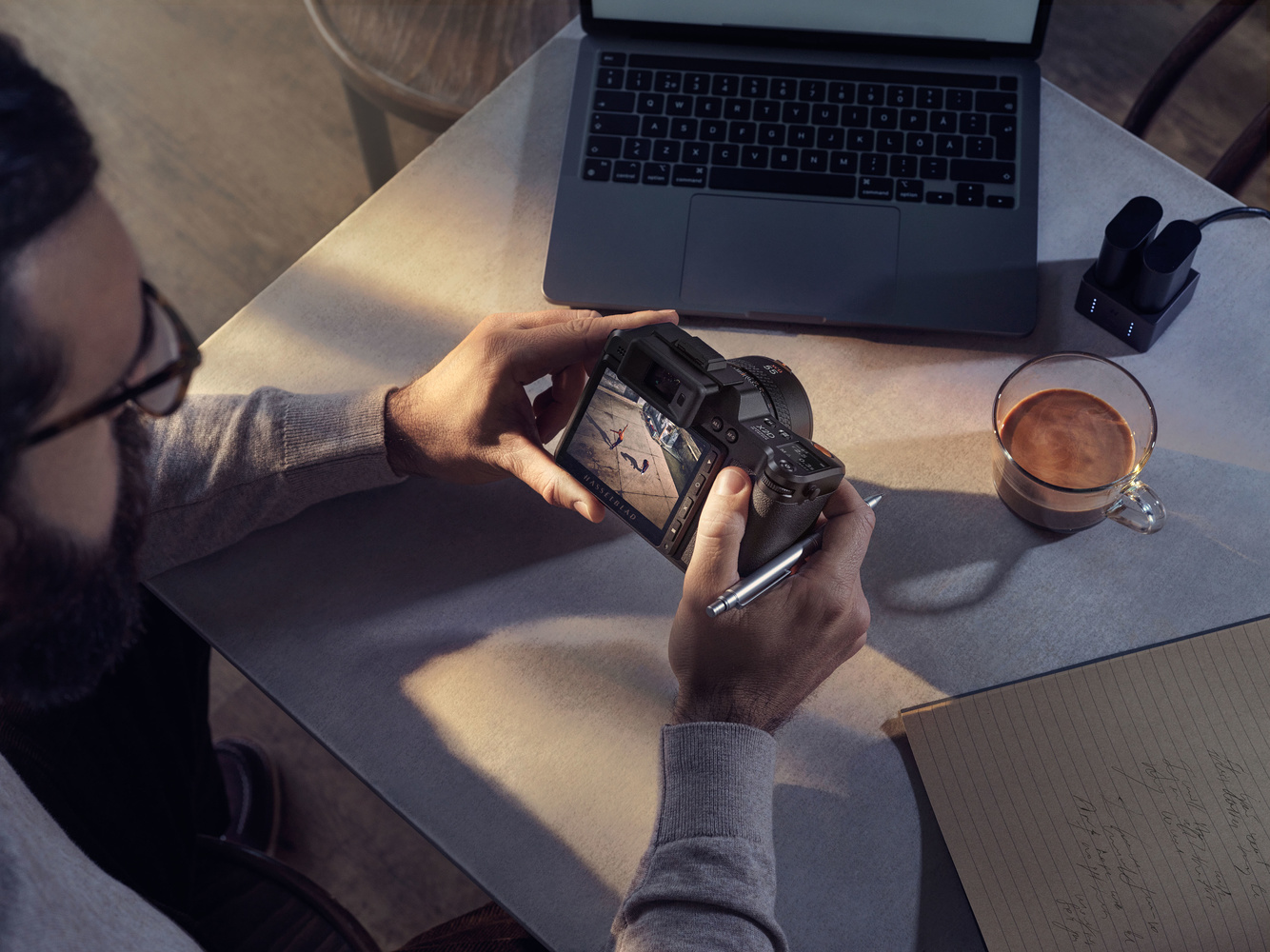 Hasselblad was the first company to produce a medium format camera that shot 4K video using the full width of the sensor. The Hasselblad H6D 100C managed to shoot raw video using the whole sensor, and this is with its massive 645 sensor. At the time, this was quite a feat. The camera was released all the way back in 2016 when 4K video was still just a curiosity for many creators.

Over the years, Hasselblad continued to produce cameras that offered video features. However, the latest camera from the company includes no video features.

Hasselblad even went far enough to declare that it has no plans to add this function to its camera either. Some may find this disappointing. However, it could be argued that this is the right move for Hasselblad.

Video features in these cameras make little to no sense. Virtually no one that is serious about shooting video would pick a Hasselblad camera. Price comparisons with other potential options aside, the camera systems are simply not designed with video shooters in mind.

Focusing, for instance, is a challenge with these cameras, both with manual and autofocus. It’s simply not worth the effort because the results would end up suffering. It’s commendable that Hasselblad tried to implement this feature, however, it’s better to see that the company is self-aware enough to get rid of features that were clogging up its camera.

Another company that did the same was Leica with its M series cameras. Leica decided to remove video features in the Leica M10 and has continued without it in its latest camera too, the Leica M11. Some Leica fans did express disappointment, but the overall sentiment seemed to be positive. It’s likely this will also be the case for Hasselblad and we may see a little discontent. However, most people will probably appreciate the more focused approach from the company.

Hasselblad and Leica produce niche, high-end cameras that specialize in specific areas. It makes sense that Hasselblad would follow suit and remove video features from its latest camera.

It’s difficult to look at the latest lenses from Hasselblad and not think of Leica. The new 38mm, 55mm, and 90mm V lenses have a design that is drastically different from every other XCD lens. In fact, the new lenses don’t even fit the design guidelines of any previous Hasselblad lenses, such as those designed for the H-mount system.

The lenses are supposedly taking inspiration from the much loved Hasselblad V-mount system of old. The problem is that if you look at most (if not all) of the V Mount Carl Zeiss lenses, they’re different enough in design. The new V lenses from Hasselblad have certain design elements that seem to have been taken directly from Leica M series lenses. 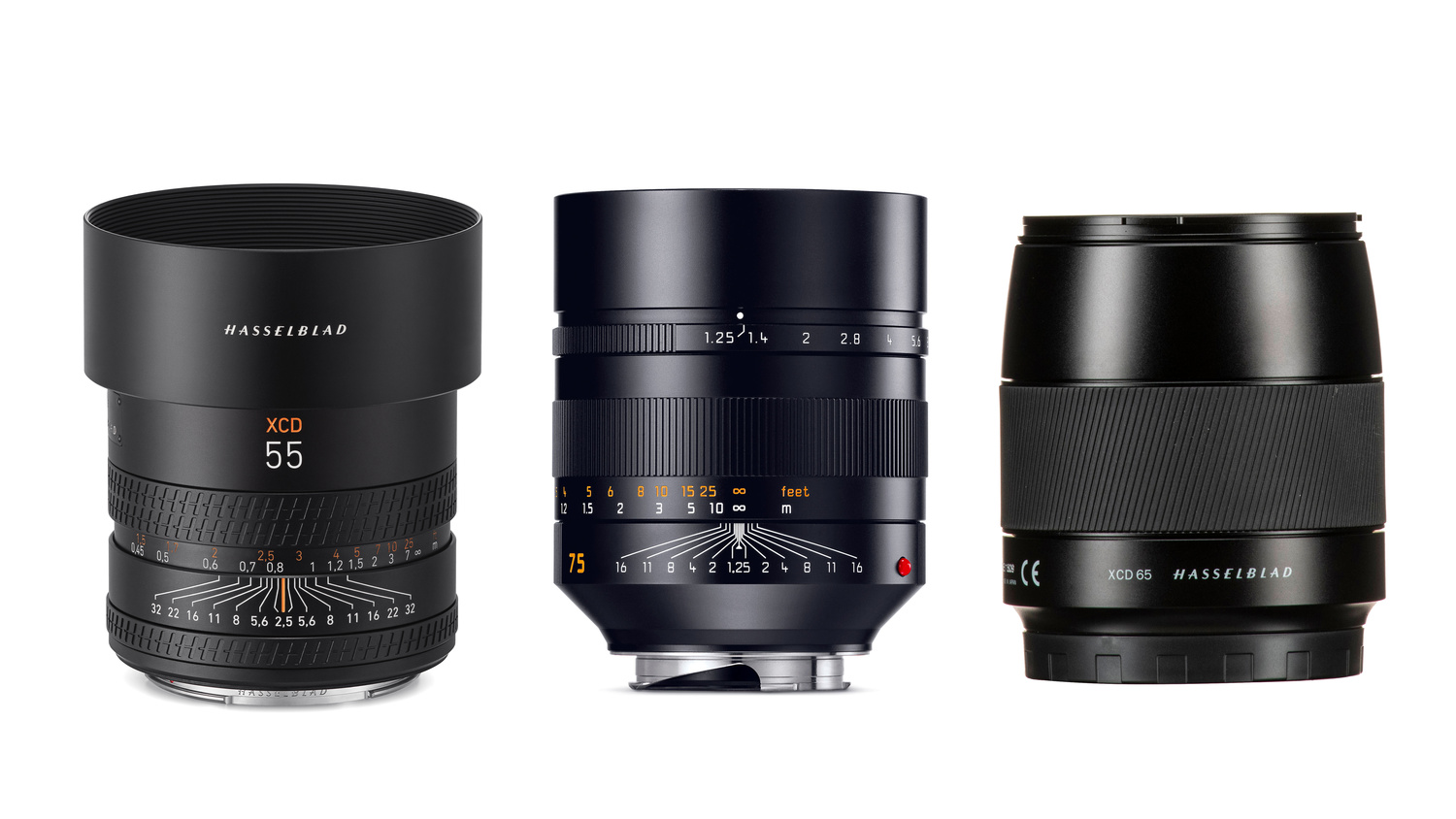 Obviously, the key change from previous XCD lenses is that the new lenses have larger text on them along with focus and aperture markings. V mount lenses also included this information; however, it’s more about the style and less about its addition. Very few manufacturers use this particular style. The only other lens manufacturers that use similar designs are Zeiss and Voigtlander. Of course, Voigtlander produces lenses for M series cameras, so it makes sense for them to use the same style.

The design on the older V-mount lenses was different enough for it to not be mistaken for anything else. Nonetheless, this is not a bad thing by any means. If anything this is an improvement and a welcome change. The extra information on the lens is probably going to end up being useful for photographers.

In any case, it’s interesting to see how Hasselblad is changing its strategy.

The Problem That Is Fujifilm 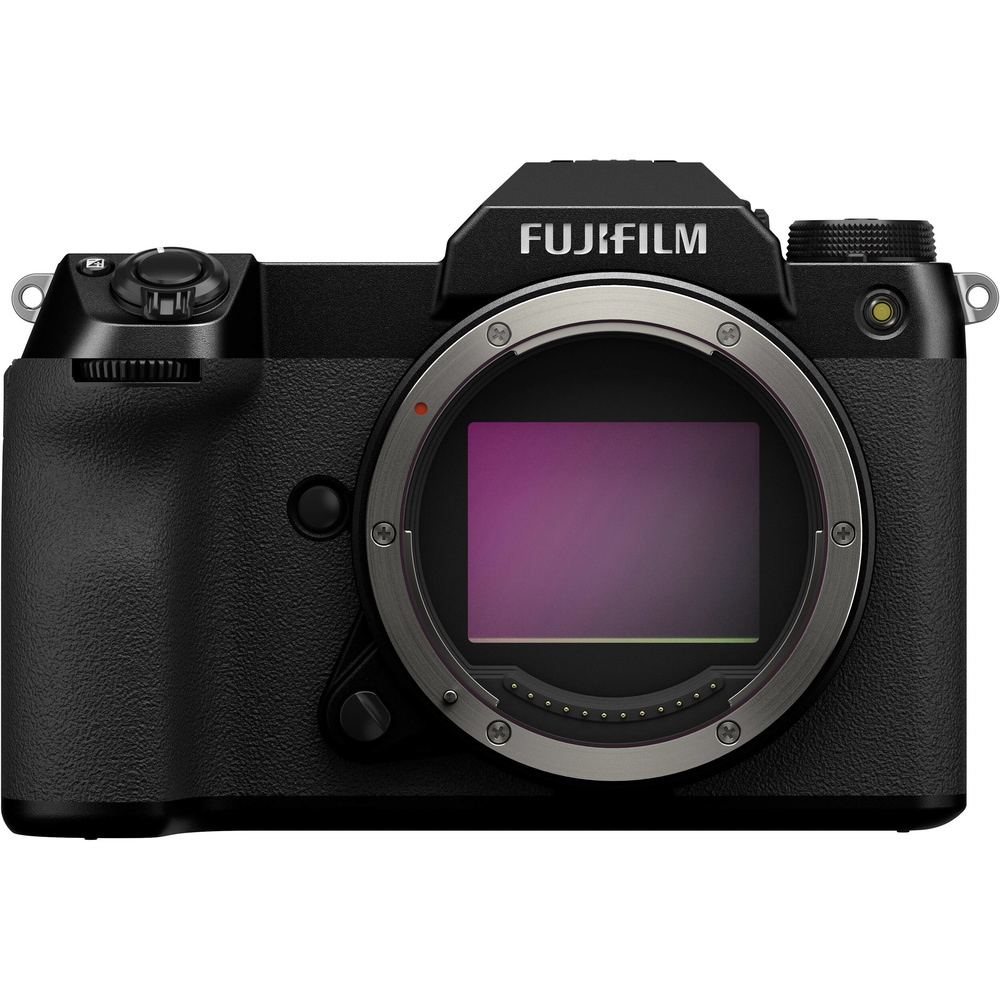 Fujifilm has been utilizing the 100-megapixel sensor in the new Hasselblad camera for several years. Since 2018, when the original Fujifilm GFX 100 was announced, Fujifilm has carefully cultivated a customer base that swears by its cameras and lenses. Fujifilm managed this by throwing absolutely everything it could at its GFX 100 series of cameras.

Fujifilm then went on to produce the GFX 100S, a smaller and substantially less expensive camera that doesn’t compromise on anything meaningful. Due to this, it’s not going to be easy for Hasselblad to compete, although some of the latest changes might be enough.

Instead of trying to attract general working professionals, Hasselblad may be trying to do what Leica does. Leica M series cameras are less “professional” and more luxurious. Although some may vehemently disagree, this is pretty clear based on the strategy that Leica implements and even based on the marketing firms that Leica works with.

By producing a camera system that isn’t trying to do everything, Hasselblad may be able to differentiate itself in the market. Removing features such as video, not focusing on high-speed photography or high frame rates, and putting a huge emphasis on design might end up working extremely well for the company. These are things that Leica does really well, and these latest updates might be exactly what Hasselblad needs for its XCD camera system.

Leica has influenced almost every manufacturer on the market, including Fujifilm. The X100 series of cameras is sure to remind you of a Leica camera. Having said that, Leica has also been influenced by other camera manufacturers too. Essentially, there’s absolutely nothing wrong with taking inspiration. It’s something we do as creatives and artists, and it’s great to see manufacturers doing the same to produce interesting and useful products.

The latest camera and lenses from Hasselblad can be preordered by using this link here.