The National Solar Observatory recently released new images and video of the surface of the Sun, and they are the highest resolution ever taken, showing extraordinary and fascinating details.

The content was captured using the new Daniel K. Inouye Solar Telescope (National Science Foundation) and shows details as small as 18 miles across (the best resolution ever). The four-meter telescope is located near the summit of Haleakala, a volcano in Maui, Hawai’i. Part of its mission is to move forward our understanding of solar storms to improve their prediction and increase preparedness on Earth. Thomas Rimmele, director of the telescope, said that understanding these comes down to being able to “precisely measure their [the smaller structural features of the Sun’s] magnetic field strength and direction near the surface and trace the field as it extends out into the million-degree corona, the outer atmosphere of the Sun.”

It’s important to put the size of these “smaller” features in context. In the images and video, each small kernel is actually about the size of the state of Texas, a reminder of just how massive the Sun is. The team expects the telescope to yield untold amounts of new data, advancing our understanding of the Sun by a large amount.

Be sure to check out the video (filmed at 705 nm) above as well as the image below. To me, the sun looks like trippy caramel corn! What does it look like to you? 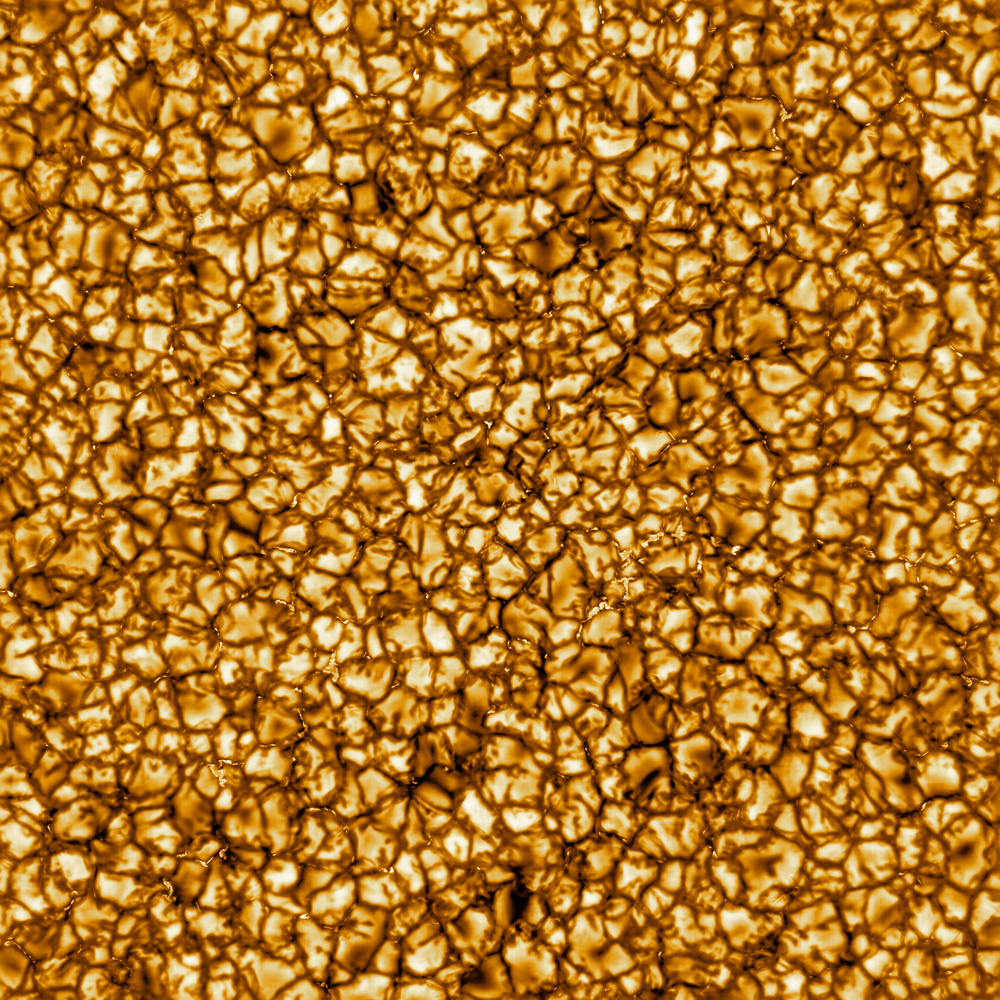 This is only the start for the new telescope; be on the lookout for lots of new imagery.

All images and videos credit NSO/AURA/NSF, used under Creative Commons.