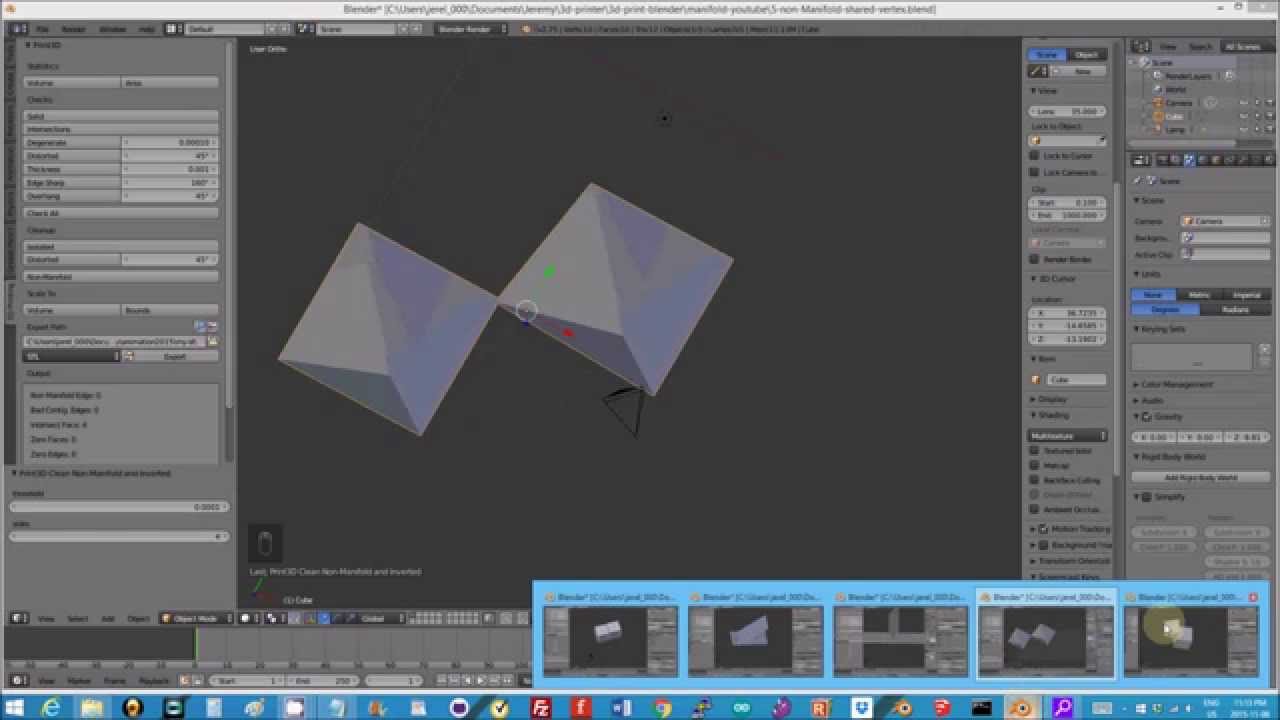 I teach 3D Printing, and making objects Non-Mainfold for 3D Printing is one of the hardest things to do using blender.

The blender files used in this video are in the following zipped folder.

You should first learn about hotkeys in blender by watching the following video:

Many other videos solve the non-manifold issues using boolean commands to attach new objects. This often is a frustrating method, since Boolean commands can be messed up by incorrect normals. While teaching High School students I have begun to Separate the objects using P, fix the issue and Join the objects together again using Ctrl-J.

I hope this method works for you.