Free Video Editing Software – What’s Out There and is it Any Good?

The art of video editing is one that has come down through the ages from the days when editors used to stand and handle roles of unstable nitrate-based film in California right down to current days when anyone with a moderately powerful PC can edit his or her own blockbuster in the comfort of their own home.

But the problem with tools such as that is that they are both complex and expensive. A copy of the Adobe Creative Suite (With Premier, After Effects and a few other image manipulation tools) will cost you upwards of $1800 retail (with Premier alone costing almost $800). Apple’s equivalent Final Cut Studio is no less expensive requiring an outlay of $1300 but the purchase of a fairly hefty Apple computer to run it on.

So what if you’re just a sensible amateur videographer who wants to be able to take his camcorder footage and slap it together cheaply? Maybe you want to upload it to YouTube or one of the other video editing software packages? Do you really want to spend obscene amounts of money on this hobby?

Maybe you do. If that’s the case (and it is for me) then go ahead. Use the top of the range tools and produce video’s that are awe inspiring and jaw dropping.

But for the rest of the mere mortals who don’t want to go down that road, what’s out there that can help?

The good news is there’s loads of free video editing software out there.

They are both the ‘drag and drop’ type of tool, which basically means that you capture your video from your camcorder and then drag each clip that you want into a sequence for editing. They both allow the creation of titles and the use of fades and dissolves.

For a lot of users this will be enough for what they need. After all, unless you’re George Lucas you don’t need a whole load of fancy transitions to stick between the shots of Aunt Mable and Uncle Don dancing the hokey-cokey at Maria’s wedding, do you?

But if you do want a little bit extra there are some other very good tools out there, which are free.

Hyperengine-AV is a Mac based free video editing tool which has pioneered the concept of trackless editing. With Hyperengine things like audio and video, transitions and effects can be placed randomly across the timeline without being stuck on a particular track. It makes for an interesting looking timeline! It also comes linked in with all the effects that are bundled with Apple’s QuickTime toolset (which do things like allow adjustment of video colour, brightness and other such alterations)

If that doesn’t appeal to you – or you want something a little more complex, how about Blender? This is one of the best pieces of open source software available. Not only is it free video editing software, it is also a compositing and 3d computer graphics tool. The functionality is amazing, but so is the learning curve. This is a complex piece of video editing software to learn but it will give most of the top-of-the-range tools a run for their money.

Currently the market leader in professional video editing tools is Avid (most Hollywood movies nowadays are edited on Avid tools). Guess what? Avid has a free video editing tool for home editing as well. It’s called Videospin and it is actually a less functional version of their Pinnacle editing software (which is a commercial package). It supports many different formats of video and can output to many different formats as well. The main selling point of Videospin, though, is the fact that it can output directly to Youtube!

A favourite of mine is Avidemux, This is a very simple free video editing tool that works on both Windows, Mac and Linux. It’s quite basic, but it will support many different file formats and is very stable.

There are many others on the market, we haven’t even touched items such as Wax, T@BZS4 or Jahshaka, and the whole area of tools for video conversion between formats is worthy of an article of it’s own, but I hope this has opened your eyes to some of the tools that are available other than the basic ones supplied on your PC or Mac. 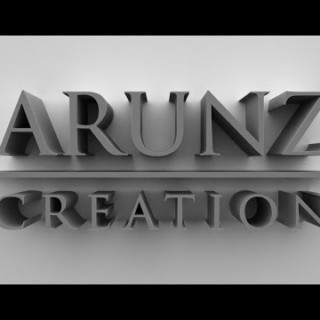