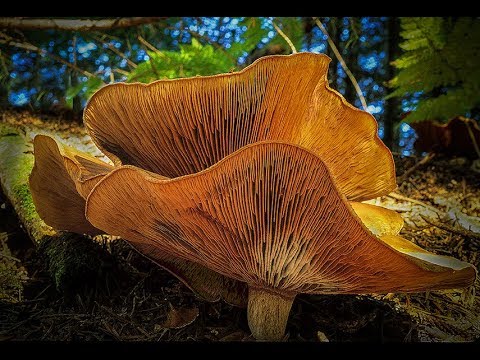 In his latest macro photography tips and tricks tutorial, Ray Scott shows you not only how to get the best mushroom photos but also where and when to find them. He shows you some of the equipment he uses from his 100mm macro lens to Kenko extension tubes to his macro ring flash and more. He encourages all to get down low and photograph at different aperture values so as to create really different looking mushroom images.

When in studio or in the field Ray uses Canon gear. This is a choice he made years ago knowing that he was buying into a system that he could grow into. His go to camera is the Canon EOS 6D with the second camera being a Canon 5D. Lenses used are all L series f/4 except for the macro lens which is a 100mm f/2.8L. 16-35mm f/4L, 24-105mm f/4L, and 70-200mm f/4L round out the kit which is carried about with either a Lowepro Urban Reporter 250 messenger bag for city shooting or a Lowepro Sling Bag for landscape field work. While Ray does more camera handholding than before due to the image stabilization capabilities of his various lenses, he still is a believer in using his Manfrotto carbon fibre tripod. It’s light and it is sturdy.