It happened again. My DSLR has failed on set. While being used to it and calling in for repairs right away, I caught myself thinking whether the time has come to buy a mirrorless. Here are some points that I brought up while having this debate with myself.

I am perhaps somewhat famous for being a naysayer when it comes to new tech. Don’t think I reject technology, I love it! The new Mac Studio is on my wish list already. But I use a simple principle for my purchases: if it’s not broken, don’t fix/buy it. A purchase for me should fix a problem, whatever it may be. This applies to buying cameras. When I write about camera bodies, I often say that I will only buy a mirrorless camera if my DSLR breaks. Well, as perhaps the more critical reader would desire, my DSLR is now officially broken.

It all happened so fast: I was on set, shooting two test shoots for an agency, and was already on the last look of the day. With plenty of excellent imagery captured and six coffees had, I was ready to call it a day after a few more photos. Being not that different from any other test shoot, I got ready, focused, and started shooting. A few clicks after, the mirror locked up, and the camera said “err20.” Turn on and off? No. replace the battery? Also no. Google for a quick fix? Also, and again, no. Noticeably upset about this, I requested a minute of silence for my Canon 5D Mark IV, which has served me like a king for two years. Perhaps somewhat anticlimactically, I grabbed a backup and continued shooting like before. The lesson here is that you should always have a backup camera body, hard drive, and probably a lens similar to what you have. Lenses also fail, but you can get away with shooting slightly wider or slightly telephoto if your 24-70mm fails. As for cards, storage, cameras, and the rest of it, having a backup is vital to the overall success of the shoot. Sure, planes don’t crash that often, but when they do, it is nice to have a medical kit, an emergency slide, and perhaps even a vest. As my Ukrainian grandma would say, it is better to take extra care than to be careless.

Once calling it a wrap, I began thinking whether it has finally become appropriate and justified to switch to a mirrorless system. After all, it is the future, and the camera tech is going in that direction. Who knows, maybe after a few years, it would become impossible to service my camera, and I would be stuck with a useless bit of kit. Yet still, some reservations are holding me back from the upgrade: cost and need. So, if you are reading to find out whether I will be upgrading to mirrorless, the answer is no. But you made it halfway through the article already, so please be so kind to read on before commenting. 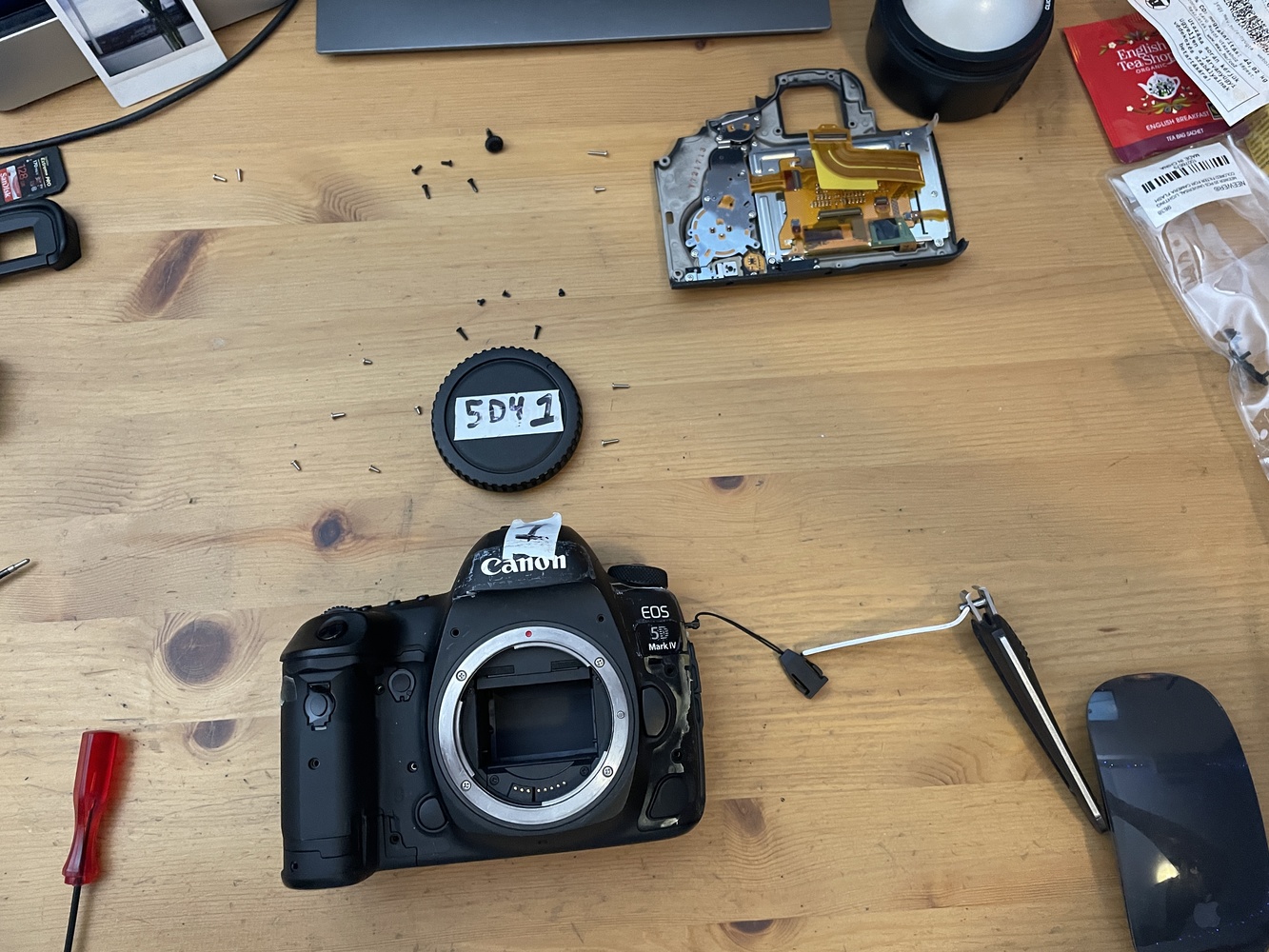 Being a money-conscious photographer, I live and abide by the principle and a penny saved is a penny earned. I find it better to have an extra thousand in the bank account than an extra thousand in camera equipment bought. Gear depreciates a lot faster than money does, at least if you’re earning in a stable currency.

The cost of upgrading to mirrorless, even if I decide to buy used and get a ridiculously good deal (30% less than the original price), I would still be looking at north of $5,400 in camera bodies. Even if I decide to buy only one R5 and keep my DSLR as a backup, it would still be around $2,700.  At which point, I will be stuck with using an adapter with lenses, that will add to the size and weight, and somewhat defeat the reason I got the R5 in the first place.

To truly upgrade, I would need to also replace my aging lens fleet. With birds from the early 2000s, you’d wonder why I haven’t bought the newer versions. I may be blind, but I frankly don’t see a difference in what an image with a lens from 2016 and 2005 looks like. For me, the main difference is in autofocus, size, weight, and feel. Sure, if you put a chart in front of it, there are differences, but for the work I do, I’d rather get medium format and call it a day. If anything, the light I use has more effect on the image quality. I digress. Getting even one RF lens would bring the overall upgrade cost to almost $7,000, and adding an extra one is already $9,000. At which point, if I want to replace everything I have with mirrorless equivalents, I would be in for a $10,000 investment. Buying everything new would be even pricier, at $15,395 from B&H at the time of writing.

Repairing my DSLR would cost $300 and take a week. Then my camera would be good for another 150,000 shots, and probably a few more years until this happens again and I go the full cycle. I am getting it repaired since it costs a lot less. I didn’t get my Profoto B1 repaired, because it cost $700, at which point I could get a used B1X for $900, which I needed as well.

Suppose I had that money kicking around and would absolutely not want to buy more lights or modifiers, or a car, or anything else, would I need the gear? Sadly, no.

When I started photography, not so long ago, I upgraded because the camera I had could not do something I needed to do. For example, when I shot events, I always needed higher ISO abilities, because the 5D Mark II gave a very dirty image at ISO 6,400. Luckily, the 5D Mark IV solved that problem and even enabled me to crop with comfort. Yet now, things have changed, and I never complain that my camera can’t do this or that. Now, I complain that I don’t have a modifier or a light I really need (but actually just want). So, with this said, I will definitely not profit from any improvements that the mirrorless system brings along. Fashion photography is first of all about styling, then light, then everything else, and then the camera. If phones get good enough to replace my DSLR in the studio, I’ll be using them.

Upgrading is very individual, and sometimes, if you want to do it, you don’t really think about the need and cost. Of course, this is no way to run a business, as most of your decisions need to be cold-hearted. It’s the same reason why airlines are not run by pilots, but by skilled managers. So, if something is broken, getting it fixed is a better option, at least in my case, and probably in yours too.