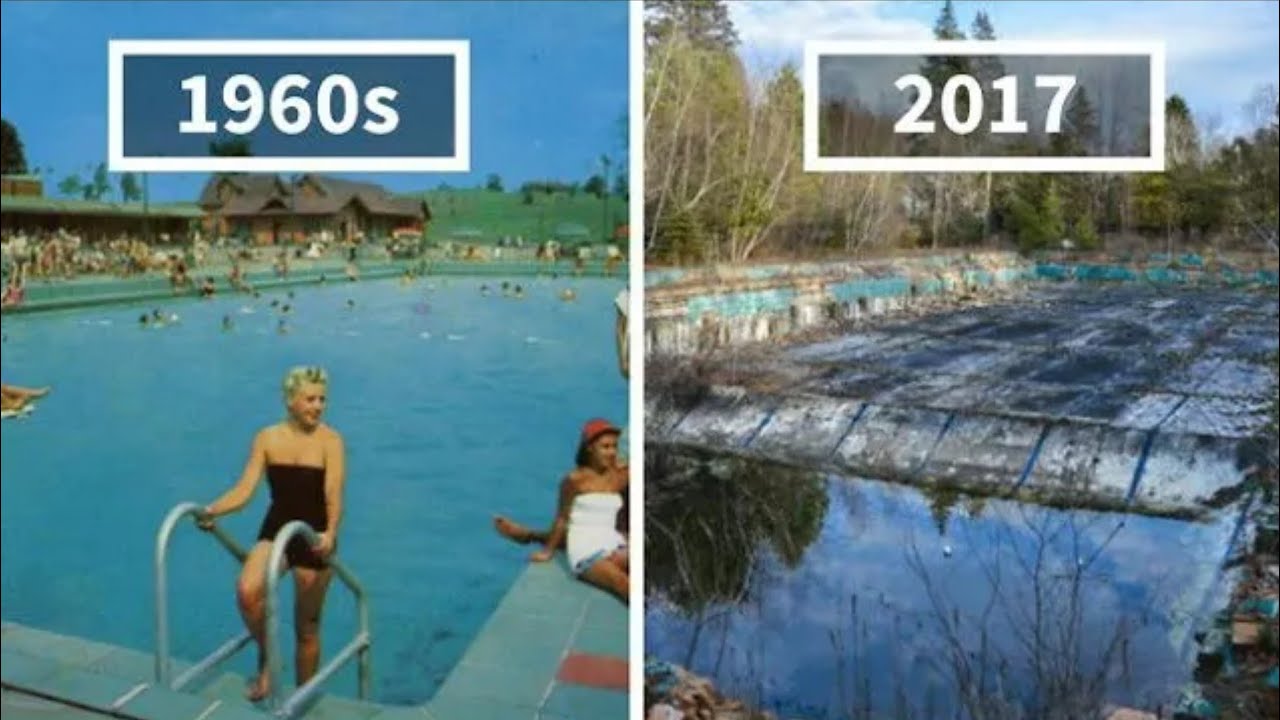 [Part 2] https://youtu.be/5eNDzaFKjgQ
Not long ago an old matchbook laying on photographer Pablo Iglesias Maurer’s desk caught his eye. Or rather, it was the postcard-like picture on it, of a resort complex built in the 1960s. It got Pablo wondering how the place looked now, and the answer has led him to make an amazing photo series called Abandoned States.

The picture came with the title How to Run A Successful Golf Course, but when Maurer got to the place, it was clear the owner of Penn Hills Resort didn’t follow that advice. He pointed the camera at the decaying building at roughly the same spot and did a ‘5-decades-after’ shot of the place.

Ever since then, Pablo was hooked. He ordered more 60s postcards from eBay and started going around the country capturing these once beautiful buildings that now stand abandoned only as faint memories of what once was.

“The postcards, have their own haze—the places were never as nice as they look. I often struggle to get the two images to line up, as well. But time blurs the difference, and brings everything into focus.”