This phenomenon seems to happen to us all: you take or find an image that shouldn’t work, but you just love it all the same. Show us yours!

I find there to be two anomalies with photographs you create, and they’re both confusing to me. The first is an image you have created that you’re indifferent towards, but other people seem to love. The first time this happened to me was a landscape of some rapeseed fields near my home in England. I was still new to photography and didn’t do a great job of composing it, capturing it, or editing it, and it grated on me. Still, I shared it and received an overwhelmingly positive response. In fact, Flickr used it as their homepage for a week. I couldn’t figure it out; it just didn’t work for me, but other people seemed to enjoy it.

The opposite of that bizarre problem — or nearly the opposite — is when you create (or even just see) an image that you love, but know you probably shouldn’t. For many there’ll be an instant response of “there’s no such thing as ‘shouldn’t’ like a piece of art” but we all know, however gray and fuzzy the parameters may be, there is high quality and poor quality art. Without exploring that debate too much, there are markers we look for; technical execution, color theory, composition, and so on. They parts don’t always equal the sum of the whole, if the whole is taken to be high quality art, however. That is, perfectly executed, thoughtfully colored, well composed images aren’t necessarily good. Equally, images that miss a number of those markers can be good and even great. What I’m pointing to in this article is closer to the latter, but really it lurches awkwardly in the undefined space between the two.

Perhaps some visual examples might clear this up somewhat. To my memory, the first time this happened to me was on an autumnal day in the Lake District, England. I looked out over the mountains from a rather average vantage point, and just loved the earthy tones that I was surrounded by. Everything was dull and muted — even the sky — but it just worked for me. The weather was overcast and unspectacular; there was no foreground interest; the mountain range made the horizon look tilted when it wasn’t. Still, I took the shot and when I edited it, I just loved it. And yet, I knew it wasn’t great. I knew it wouldn’t win awards or even garner attention. So, why did and do I love it so? 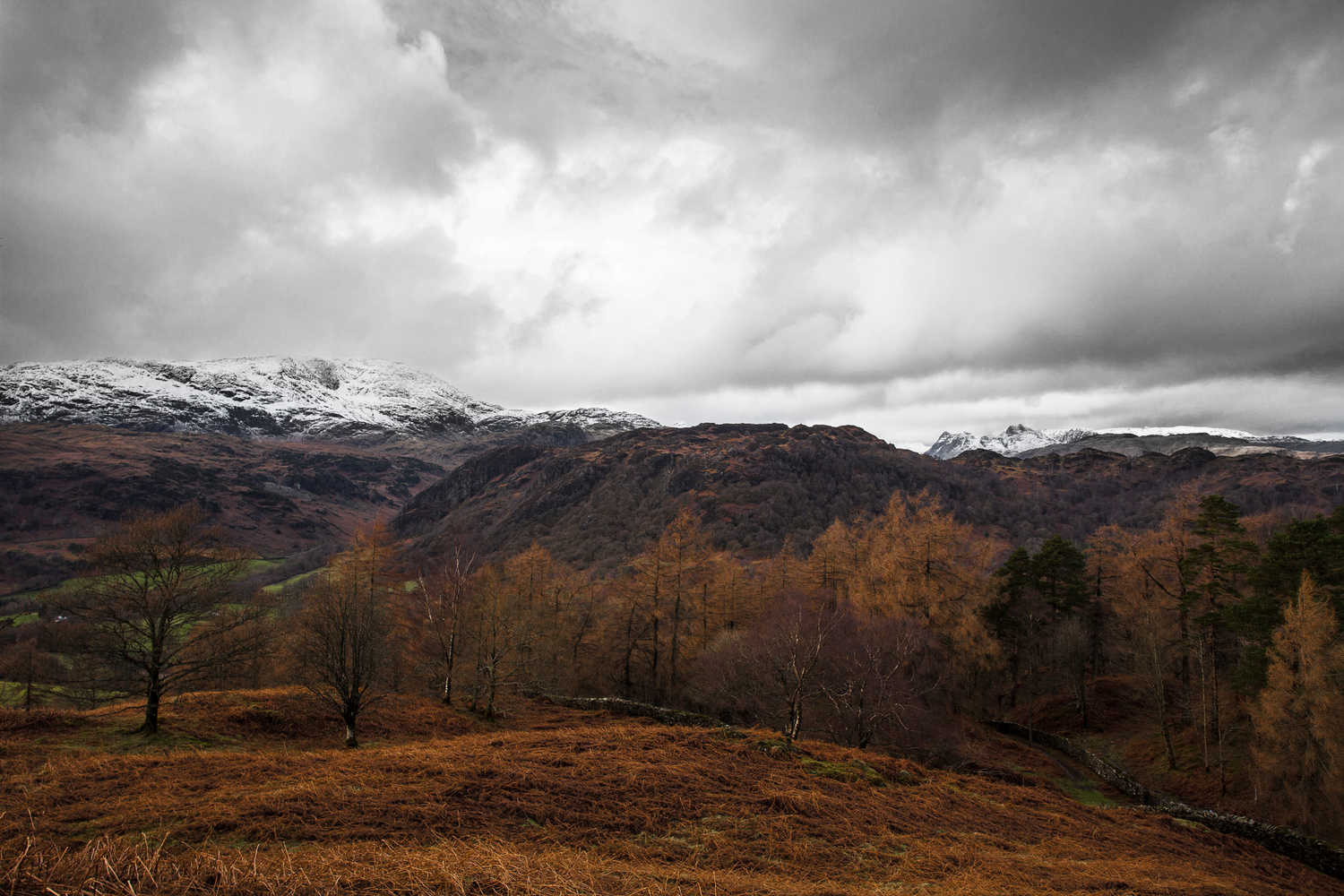 I chalked this first instance up to my lack of prowess in the landscape genre, and like having an ugly child, perhaps I loved it because I created it. Or, alternatively, I loved it because it captured a moment that was in some way profound to me. However, it didn’t take long before the phenomenon reemerged again, this time in my more comfortable territory of portraiture.

I had arranged a shoot with an actor and actress on a cold, blustery winter’s morning. The premise of the shoot was to keep things completely natural; no make-up artists, hair stylists, or heavy beauty style retouching. So while we were getting set up, I took a few test shots in natural light. I was primarily concerned with the histogram, and the model wasn’t concerned with anything in particular. When I got home and reviewed the day’s fruits, I flagged that quick test snap. It wasn’t beautifully posed (although she couldn’t look unattractive if she tried), it wasn’t carefully staged, and it wasn’t brilliantly lit — it wasn’t purposely lit at all. Though somehow, the image had something. It was dark, moody, and mysterious. Though I couldn’t articulate why, I found the photo engaging and it held my attention far longer than it ought to have. 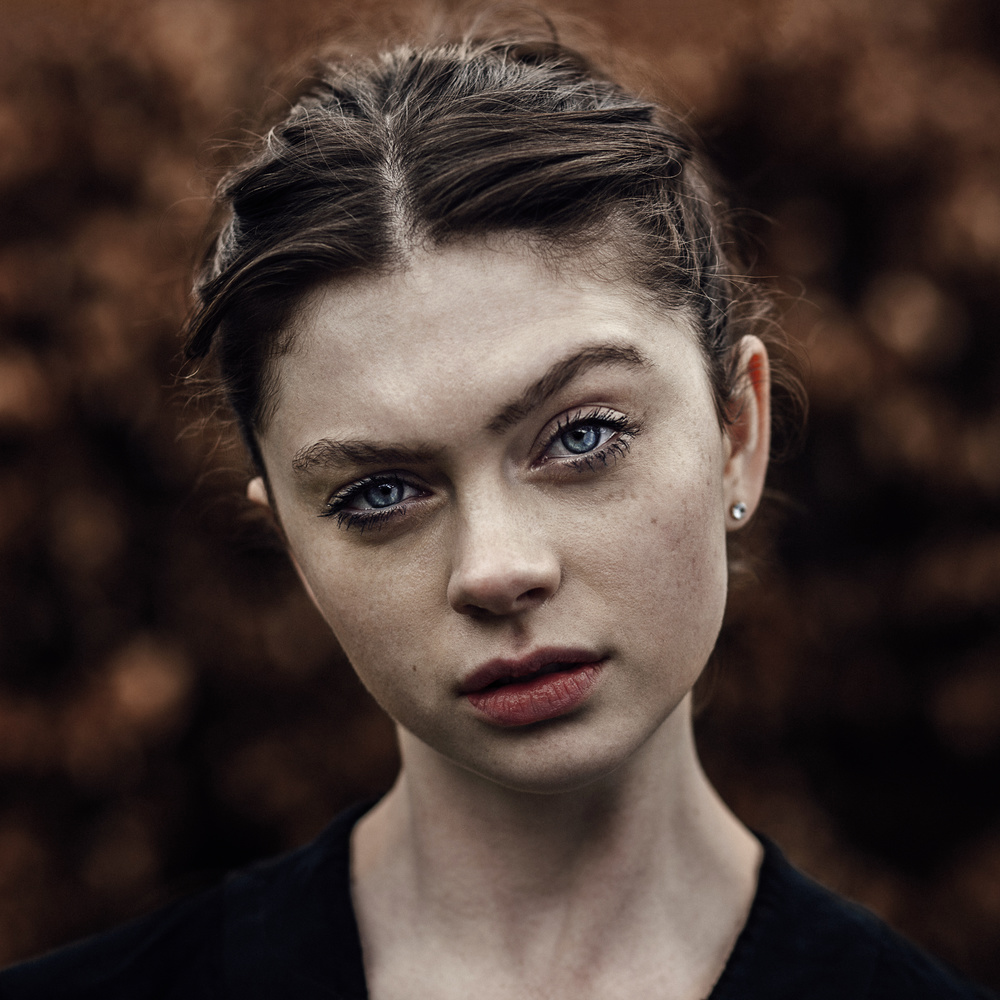 The critic in me has almost too much to point out, and none of them are the model’s fault, she’s carrying the image. The light is desperately flat due to it being overcast and this being a test to work out how much lighting I needed to bring in. The image as a whole feels messy and chaotic with little forethought; the model hadn’t even adjusted her hair to how she liked it yet as these were just a test. The image is underexposed and that has really caused an issue with noise in the shadows. The retouch is… well, what retouch? I crushed the blacks for the cinematic feel, but skin and hair is untouched. So if I can see so much wrong with it, why do I love it so?

I’m honestly not sure. A lot of the work is done by the model not only being staggeringly photogenic, but an excellent actress with an emotive face. Then, I think, the faults just play in to this moody, chaotic motif and fits her expression. With all that said, I never expected a positive response to the shot. I didn’t have confidence in its mass appeal, in fact, I had confidence in it not appealing to the photographic community at large. But that didn’t detract from how I feel about it and have done ever since I snapped this ambient light test.

This portrait undoes a lot of my theories that the landscape created as to why sometimes you love an image despite seeing all its flaws clearly. This wasn’t the capture of a profound moment. It was a shivering model standing motionless while a shivering photographer tested the lackluster natural light, all while the two of them got drizzled on by England’s impotent and indecisive weather. Equally, it wasn’t a love born of me having created it; I’ve taken lots of portraits and I discard many without a moment’s hesitation, even if they’ve taken set up and forethought.

I have several more instances of this, but what I really want is to see the Fstoppers readership’s examples. What images have you taken, or even just seen, that you love but can’t really explain why? Do you have any theories as to what’s going on in these cases? I know I’m not alone in having these unusual relationships with images and I suspect it might even be common place. Share the offending images and your theories in the comments below!