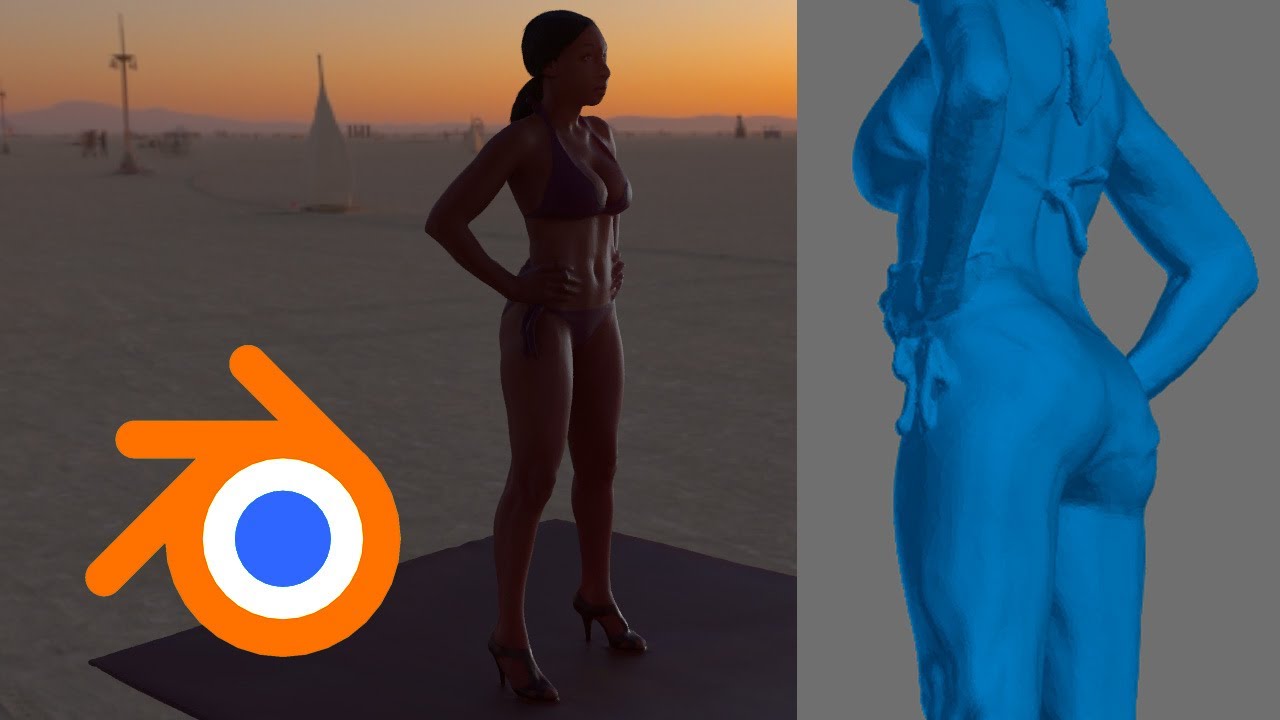 This 3D scan was obtained with Skanect software by going a full circle around the model while filming her with Kinect. The resulting 3D model and its color texture were improved in Blender. Rendering was done with Cycles.

3D scans like these can be used for art, video games, special effects, 3D printed objects, etc. Kinect 3D scans are not suitable for closeups however, since Kinect 1 isn’t accurate enough to capture facial features properly.

Pro tip:
If you want to capture your model in a T-pose, let her support her arms on broomsticks that you later remove in your 3D software.
There are also free Kinect 3D scanning apps, like Kinect Fusion of Microsoft Kinect SDK, but those do not have integrated post-processing features for creating a watertight mesh.