Zeapon Sliders are relatively new to the market. The original Zeapon slider proved to be an interesting and popular option; however, it wasn’t without its flaws. Since its release, the company has worked hard to produce something more stable and capable, and we now have the Zeapon micro 2 motorized sliders. This new slider could be the best one on the market. 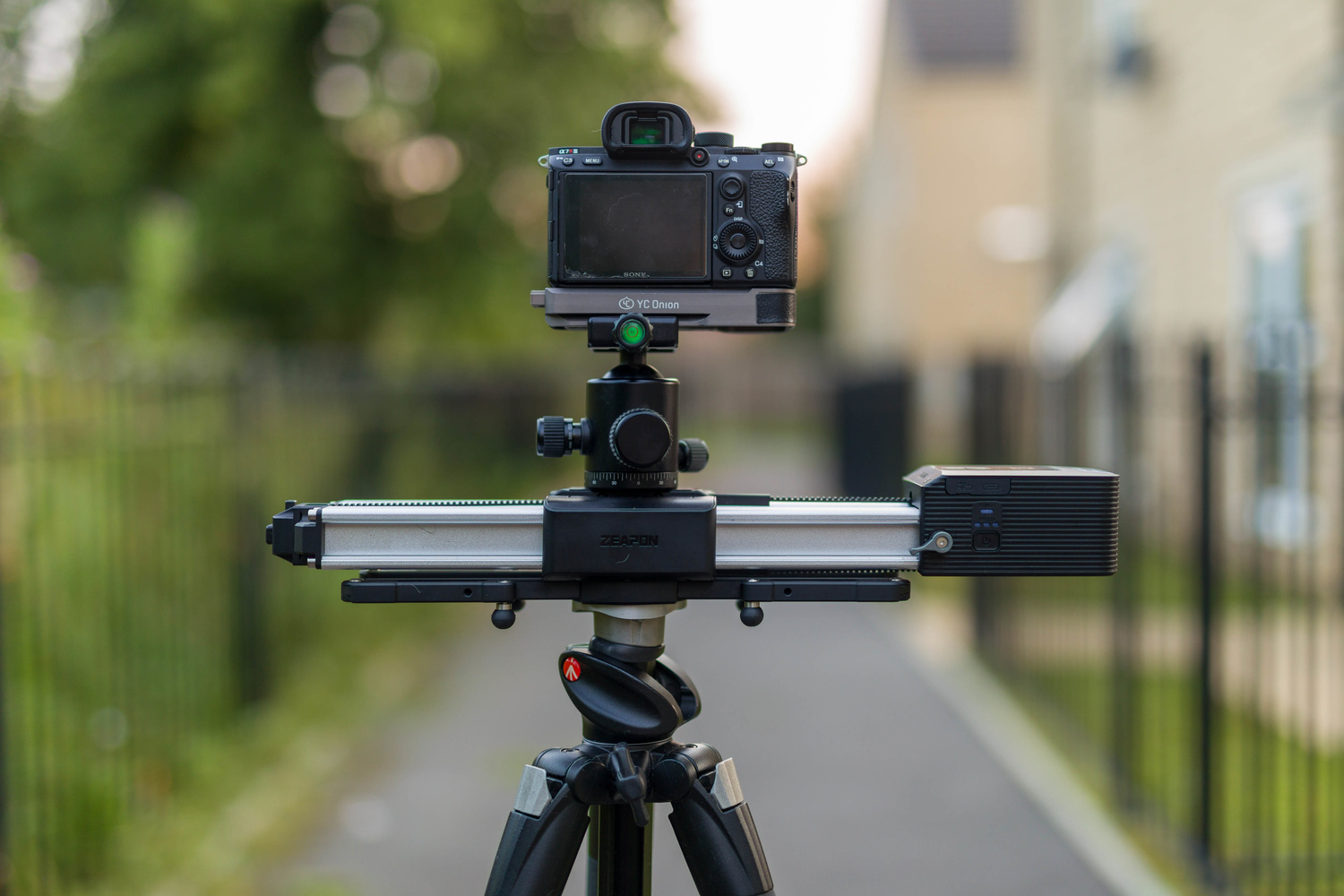 The Zeapon micro 2 motorized slider is an electronic rail slider. The slider features a fluid dampening rail that ensures smooth motion across the whole distance. The great thing about this slider is that despite its compact size, it maintains a comfortable travel distance. The length of the slider is only approximately 13 inches (35 cm); however, its travel distance comes close to double that at around 22 inches (56 cm).

The compact size makes it extremely portable, and the fact that it has a built-in stand means it can be used almost anywhere. The slider does also have proper tripod mounting options so it can be used in a more conventional setting.

The Zeapon slider has a maximum weight capacity of 4.5 kg while only weighing 1.8 kg itself. The brilliant thing is that this capacity is maintained regardless of what incline or angle you’re filming at. Even if you’re filming vertically, the slider is consistent and maintains smooth performance.

Finally, the slider is surprisingly quiet. At only 39 decibels, the slider remains somewhat inconspicuous, and this could prove valuable if you’re recording audio too. 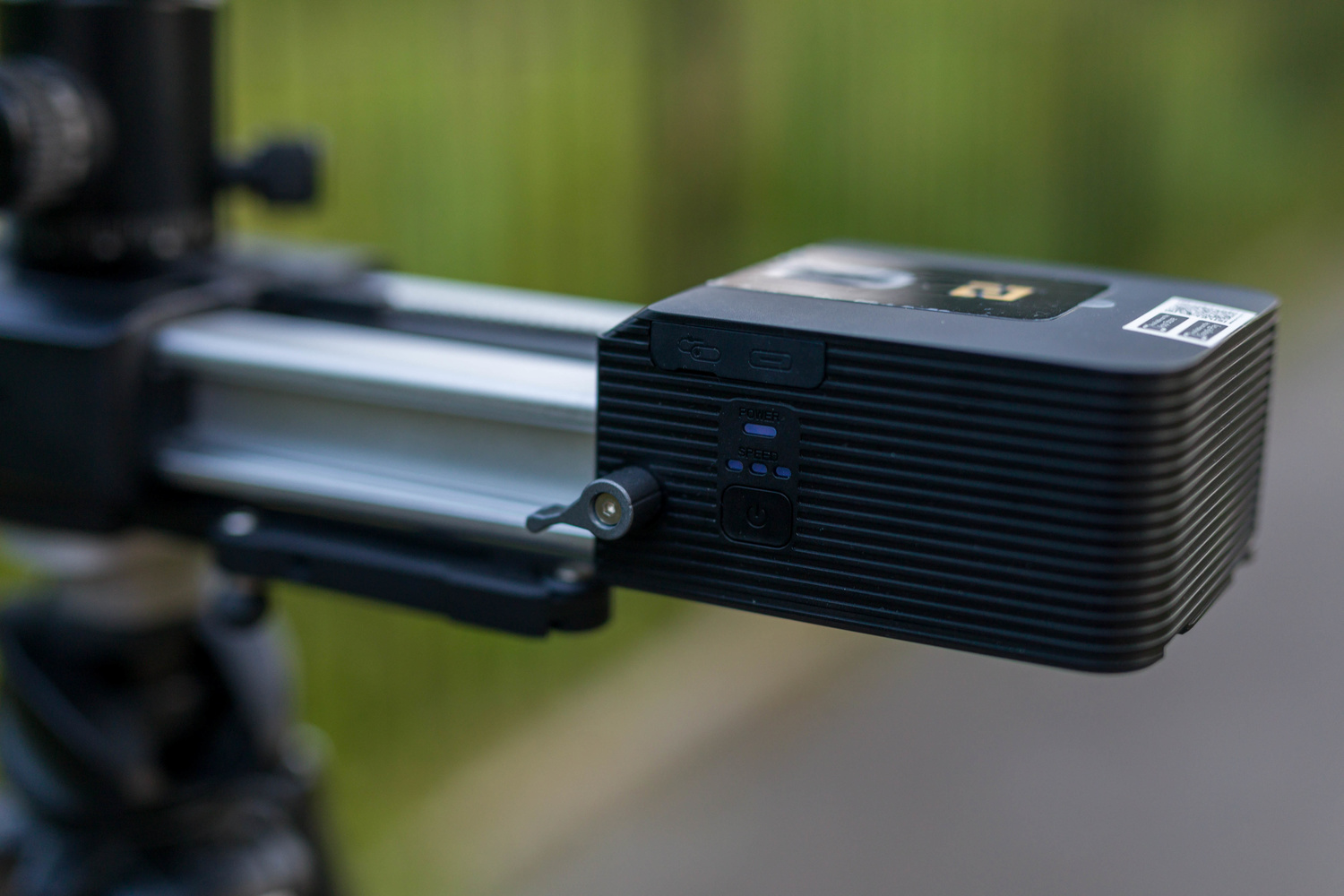 The Zeapon slider is one of the most user-friendly electronic sliders I have ever used. There was no need for me to read any manuals or watch any YouTube videos; the whole setup process was refreshingly straightforward. When you first receive the slider, the electronic components won’t be connected. These need to use the magnetic clips at the end of the geared strips.

After you tighten one of the thumbscrews, you’re ready to go. You can power up the slider using a Sony NP-F battery, and the great thing about this is the different sizes available. You don’t necessarily need the largest capacity battery, although those could be useful if you’re filming for a prolonged period of time. 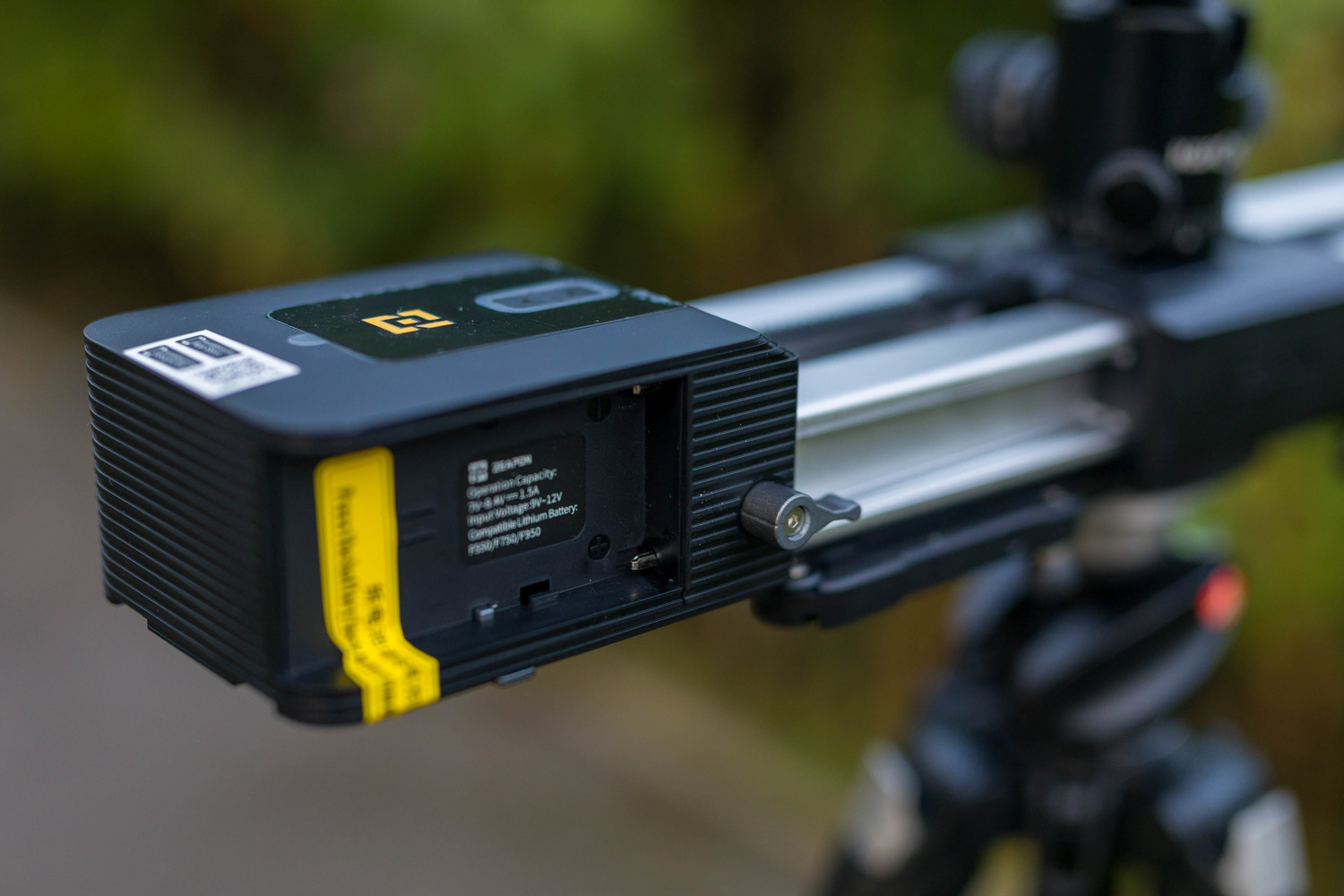 Once you’ve powered on the slider, there are three buttons that help control and manage movements. The up and down slider controls the direction of the movement. Double tapping the up and down buttons will also stop the movement. The power button on the side of the electronic unit switches on the slider and also controls the speed of the slider. There are three speed options, and one of the things that I really liked was how slow the slowest option was.

The only issue I found was that on numerous occasions, the buttons would become unresponsive or require a firmer press. This meant that unwanted shakes would be introduced to the beginning portion of the footage. Topping and tailing footage isn’t a huge problem; however, this reduces the overall distance the slider can travel and produce effective footage. 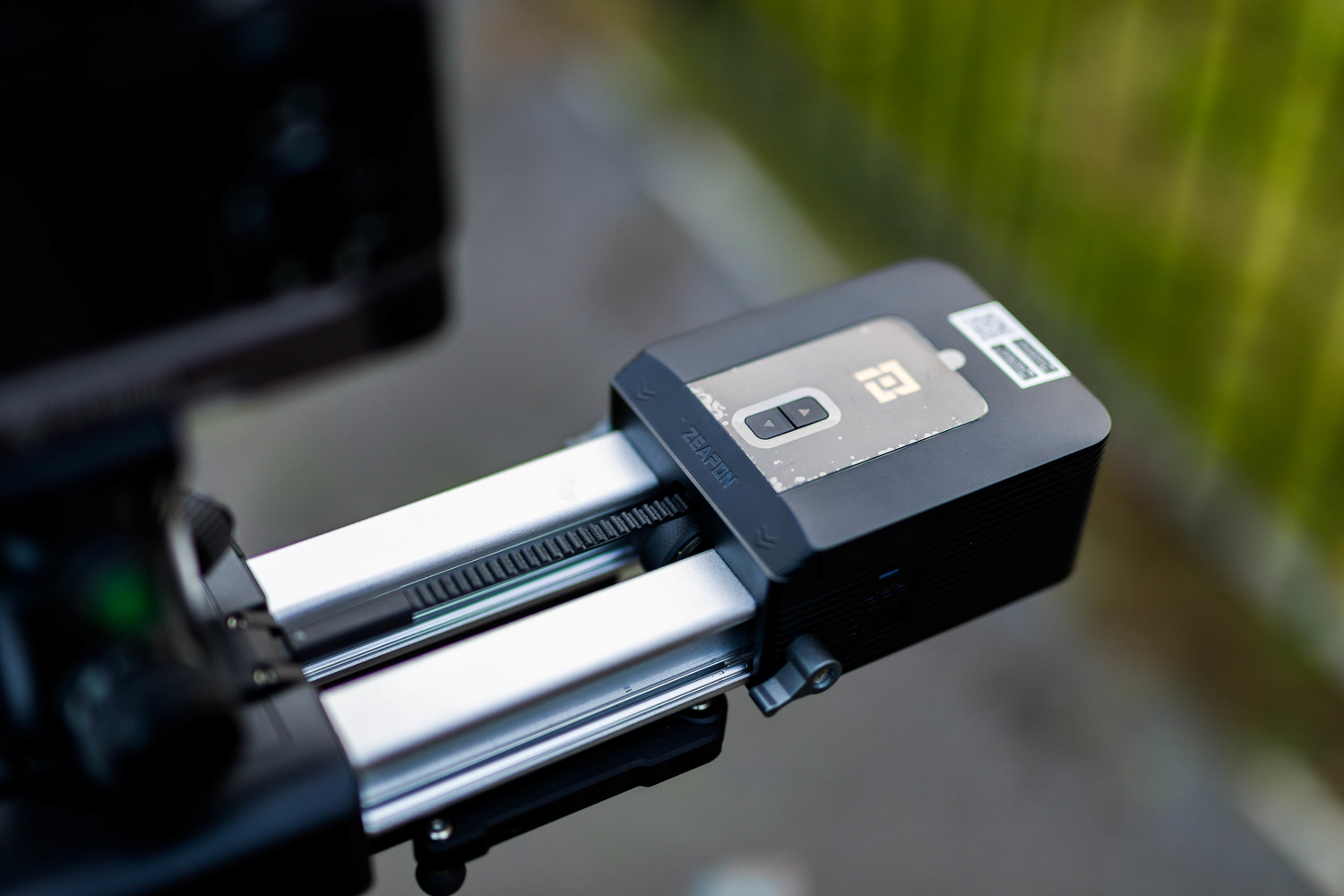 Shooting at the slowest option, in general, tends to produce smoother-looking footage. And also, if you’re shooting a still object, you can always speed up the footage in post. This is not to say that the slider produces shaky footage at faster speeds because I haven’t noticed any issues with stability.

As with most electronic sliders coming onto the market now, the Zeapon Micro 2 slider does come with a smartphone app. The app is somewhat intuitive when you start to use it. The setup portion is easy enough, with the app immediately finding and connecting to the slider. The problem is the overall controls for the slider are a little poor.

If you’re using the slider for simple movements to film something, then you probably want to avoid the app. Although there are some useful features, such as ramping up speed and programming waypoints, it’s a terribly frustrating experience. Programming waypoints, for instance, is not at all intuitive and seems to frequently confuse the slider. On several occasions, the slider would continue trying to move in a direction even though it had come to the end. The waypoint system doesn’t work, but it’s also a crucial element when it comes to using the features in the app.

Also, there’s no option to just let the slider do a simple movement from one end to another. This frustrates the whole experience and limits its potential. The Zeapon slider could be an incredible option for shooting time-lapses, performing focus stacks, and lots of other things too if only the app was significantly improved.

The kind of footage you can produce is probably the most important feature for a slider. Fortunately, this is one of the keys areas where the Zeapon slider does really well. Its high weight capacity means that you can mount a pretty significant camera setup without overloading the motors. For most kinds of movements, the slider operates exceptionally and produces flawlessly smooth footage. The only time things proved challenging was when I filmed objects vertically. However, in those situations, the problems were down to the overall setup as opposed to the slider itself.

The Zeapon micro 2 motorized slider is probably one of the best value for money sliders currently on the market. Normally, when someone discusses value for money, it alludes to a cheap, but good option with some significant flaws that need to be tolerated. This isn’t the case with the Zeapon.

Although it’s not without its flaws and issues, the core product and features are brilliant. Sure, the app could use some work and the buttons can be a little temperamental. However, these are minor problems when you consider just how good the actual slider is. You can purchase the slider and motor using these links here.