Which 3D Animation Software Should I Use

Do you just want to dabble or include a little 3D rendering in your website? Perhaps you are a 2D designer and want to start incorporating 3D in your illustration work. Maybe you have learned about 3D using free software and intend to pursue 3D as a career. Here we will go over the options available in three general sectors of the market: beginner, intermediate, and advanced. Most 3D programs are available as demo versions, so you can try them out and get a feel of how they work before committing any of your hard-earned cash.

At the bottom end of the market there are plenty of low cost, easy to use 3D programs. Because of the low cost and small market share, this is a volatile sector, with 3D applications popping into and out of the market quite rapidly. Some of these applications last a little longer than normal, while others vanish without a trace, so don’t be surprised if any mentioned here are no longer available by the time you read this! Whatever the name, they all tend to follow the same basic path-making 3D as easy as possible, but without the power and finesse of the more expensive packages.

If you want something for nothing, there are a few freeware versions of 3D packages available. 3D Canvas from amabilis.com is a cut down version of the company’s commercial 3D packages. It’s a fully functional 3D application but is probably more suited to the intermediate 3D users or keen beginners.

Xara 3D is a typical low end 3D package, still going strong after multiple versions. Costing about $39, it’s a PC-only 3D program that won’t break the bank but is pretty limited as 3D programs go. Xara is great for quick logos and fun titles, but really that is about it.

Adobe Dimension is a plug-in for illustrator (Mac or PC) that generates rendered 3D objects from illustrator curves and text. Again, it’s limited but very simple to use, and for some it’s all that is needed.

Although more suited to intermediate users, Amorphium from ElectricImage Inc. is an esy to use 3D program designed to work in a very hands on way. If you want to sculpt 3D objects as if they were lumps of clay then render them very simply, it’s a good way to go.

Poser is included here because it is so easy to use, but in fact it’s usefulness extends right up to the pro level. It’s a 3D character renderer and animator that lets you pose and animate ready-made, high quality 3D figures. It’s very powerful, but it’s not an all rounder- it does one thing only-but does it very well.

The quality of intermediate 3D software can vary, but there are a few things to bear in mind. Make sure the rendering is up to speed, and examine online galleries of the software, which you can usually find on the developer’s site. This will usually give you a good idea of the quality on offer. Most of the programs are available as demo versions, so they can be downloaded for evaluation.

Strata’s Strata 3D has a long history and is available for Mac and PC. It’s a sturdy if slightly archaic 3D program, but it has found favor with many digital illustrators. It has some good rendering features, including radiosity, which are rare at the price. http://www.strata3d.com

Pixels is a Mac-only 3D program that offers advanced rendering and animation and robust modeling for a modest cost. It also features a renderer based on the REYES algorithm-the same one used in Pixar’s RenderMan software.

Corel’s Bryce 3D is an interesting 3D program. It’s primarily a landscape rendering application, designed to produce skies, seas, and terrains in a very efficient way. It can be pressed into service as a more general purpose 3D tool, but lacks any serious modeling tools. [http://www.corel.com]

One of the best free 3D applications available is Blender. This program is a full featured 3D production package featuring the kinds of tools you’d expect to see in a mid to high end application.

At the high end level of 3D applications, it’s not so much the tools as their implementation that makes the difference, and each 3D application listed here has its own style of working. Some of these applications are costly, seriously powerful, and used for many high-end effects in movies and television.

Newtek’s Lightwave 3D is a dual application featuring separate modeler/texturing and animation/lighting/rendering apps. Its quirky interface is deceptively powerful, and it offers one of the best quality renderers out there.

Alias’s Maya 3D is extremely powerful. Its node-based architecture enables complex animation and rendering linkages to be created and it offers a nonlinear modeling history, plus Mental Ray rendering.

Discreet’s 3Ds Max has always been a popular choice. Its design is not as modern as Maya or Softimage but it holds its own, especially in the games production market, and comes with Mental Ray rendering as standard.

Houdini is a fully procedural animation system that takes the node-based architecture to the nth degree. Sublimely powerful, it’s not for the faint hearted, but offers the kind of flexibility other applications only hint at.

The full suite of plug-ins for Cinema 4D takes it into the high end. With advanced radiosity rendering, sophisticated character tools, and a GUI based expression system, it’s also one of the easiest high-end 3D apps to get to grips with.

Now, go forth and create! 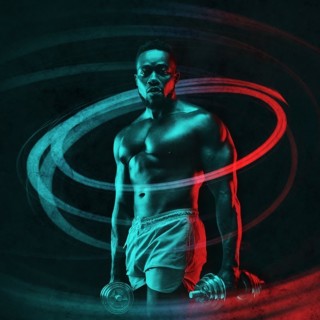 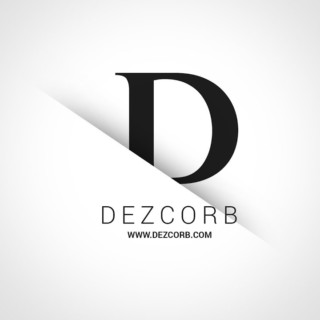