With so much negativity in the photography world, sometimes you just have to give credit where credit is due. This is the lens I love like a family member and could never bring myself to part with.

It feels as if brand loyalty has all but died. I’m a part of this problem. I was a staunch Canon fan, and my cameras and almost all lenses were Canon; I couldn’t see myself moving away. But then the Sony a7 III came along and I tried it once only to be immediately converted. They say there’s no room for sentiment in business, and that’s true to an extent. I saw a way to improve my work, workflow, and to dramatically improve my photographic quality of life, and I took it. I could have written an article bemoaning Canon’s lackluster innovation, or their underwhelming entry in to the mirrorless market. But what I really wanted to point out is that during my transition from Canon to Sony, there was only one constituent part of my arsenal that I outright refused to part with: the Canon EF 135mm f/2L. 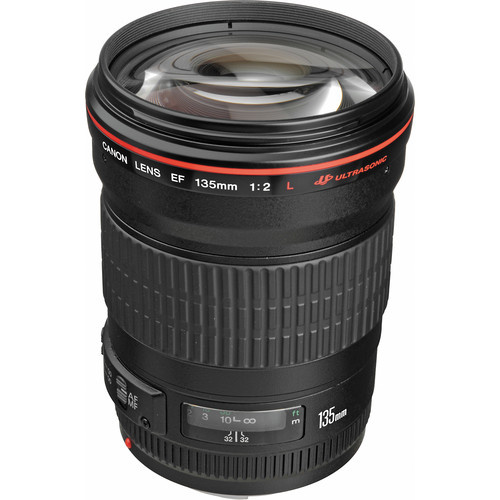 This modern bokeh monster and Lord of the Red Rings (incidentally the name of my Indian restaurant should I start one,) this lens is one of my all time best purchases. While I may have bought it way back when I hadn’t even begun on my road to recovery from Gear Acquisition Syndrome, it was in fact an astute purchase. Prime lenses have limited applications by their very nature, and once they have a long focal length, this is exacerbated enormously. And yet, I will find any way I can to shuffle it in to all manner of shoots.

There is a wealth of information out there on why the 135mm L is technically superior, with incredible optics even wide open at a generous f/2, relative light weight, and creamiest bokeh. However, I’ve never been one to get deep down and dirty with specs of lenses, and rather go on results and the feel of the images. And for me, it stands alone at #1.

The sharpness is undoubtedly a chief selling point, but for me, it comes as part of a three-pronged attack (sharpness, separation of subject and background, and bokeh). The separation of subject from background is equally as alluring. Now, this can be achieved by longer focal lengths, this is true, but due to its wide maximum aperture you can really take that to the next level. I have shot a number of images with my 70-200mm f/2.8 at 200mm and f/2.8, and in theory that should offer the same or better separation if you can put enough distance between you and your subject. But realistically, the 135mm has something extra. It’s difficult to delineate exactly what that is. After all I have bought, rented, borrowed, and sold a plethora of lenses without feeling. I’ve acquired a new lens, declared my love for it, and then replaced it 6 months later without a second thought. Yet this Canon prime has been a prized possession for nearly a decade and is no where near the chopping block, no matter how much Sigma Art lenses try to lure it there.

My best guess would be that this rare quality is the combination of the parts of the three-pronged attack combining to give a look that is somewhat singular. The bokeh and the separation with a tack sharp subject gives a cinematic feel even straight out of the camera. It’s one of those rare lenses that I find it difficult to take a “bad” shot with, and my keep rate is much higher. If you then take in to consideration that the 135mm is half the weight of my 70-200mm (750g versus 1490g) and it’s perhaps less mysterious why I find myself reaching for the prime so often.

In fact, while doing some tuition recently I was waxing lyrical about the 135mm and decided to show the student what I meant. I manually selected the settings with the 135mm attached, and got them to take some shots; they were as thrilled as I’d hoped. They couldn’t believe that they were taking such good shots as they were still very new to photography. It’s true that we had good morning light and that I dialed the perfect settings, but I wholeheartedly believe I couldn’t have elicited the same reaction with any other lens I own — and I own quite a few!

Is the 135mm my most used lens? Absolutely not. It’s anything but a workhorse and it’s more a case of me shoehorning it in where possible. But this is where clinical logic with kit falls in to a hole. I suspect if I had to narrow down my kit and could only keep my three most used lenses, it’d be a 24-70mm, 70-200mm, and 90mm macro, but I’d rather sell any one of those if it meant keeping the Lord of the Red Rings. It’s not a decision to be made with stats, it’s a decision to be made with passion and no lens ignites my love for portraiture more than the 135mm. There are certainly ways I’d improve it (minimum focal distance would be top of the wish list) but for a lens that has been kicking around for two decades almost untouched, it’s an easy and worthy investment. There are glut of 135mm Ls on the used market thanks to their lengthy time in production, and their price tag new is reasonable enough as it is.

Not to mention, Sony a7 III’s Eye AF works seamlessly with the adapted Canon 135mm and takes this lens even further in to its own league for me. I have been using it for editorial work thanks to the Sigma MC-11 Mount Convertor with such confidence that even high pressure, low time shoots don’t have my shying away.

Do you have a lens that defies logical decisions and that you just will never sell? Share in the comments below, or join me in my ode to the 135mm!