Sometimes, photography, like life itself, can be a dance of one step forward and two steps back. So, allow me to divert from the nuts and bolts of camera gear for a moment to talk about something just as important to sustaining a career.

I went to the movies yesterday. Actually, before I start today’s essay, allow me a moment to bask in the glow of being able to say that last sentence. In terms of movies, I am what marketers might refer to as a “heavy user.” Ever since I was a child old enough to understand the difference between James Bond and Hans Solo, I have loved the movies. The film has been such an integral part of my life that rarely does an hour go by without me watching a movie, writing a movie, shooting a movie, studying a movie, or somehow finding ways to reference a movie in virtually any social interaction regardless of the topic of conversation. Just ask virtually any art director I’ve ever worked with how many of my references come from movies and they’d be excused for thinking our still shoot had been taken over by Steven Spielberg.

While the exact numbers vary depending on my current level of complication in the real world, I’d venture to say that I watch around 10-14 movies each week, with at least 2-3 of those being inside a darkened movie theater. Partially, it is because I love cinema and the art of storytelling, and because I am both endlessly entertained as well as endlessly in awe of the technical craft required to achieve cinematic greatness. But sitting in that darkened theater, staring up at a two-story-tall screen, and being lost in a world outside of my own is also a place of peace for me. It’s a safe space. It’s a place where my imagination can run wild. It’s a place to openly feel emotions that might be frowned upon were you to experience them outside on the street. It’s a way to escape into another world — one where it’s possible for someone to pick themselves up by the bootstraps, fall in love at first sight, and where happy endings can become a reality, albeit a movie reality.

I don’t know how I got off on a tangent in praise of the movies. And I promise that it does relate to the business of photography. But I suppose that not being able to talk about the movies without gushing does explain why getting a chance to return to the theater once again after around 14 months of social distancing restrictions put in place due to the pandemic has been such a powerful experience for me. 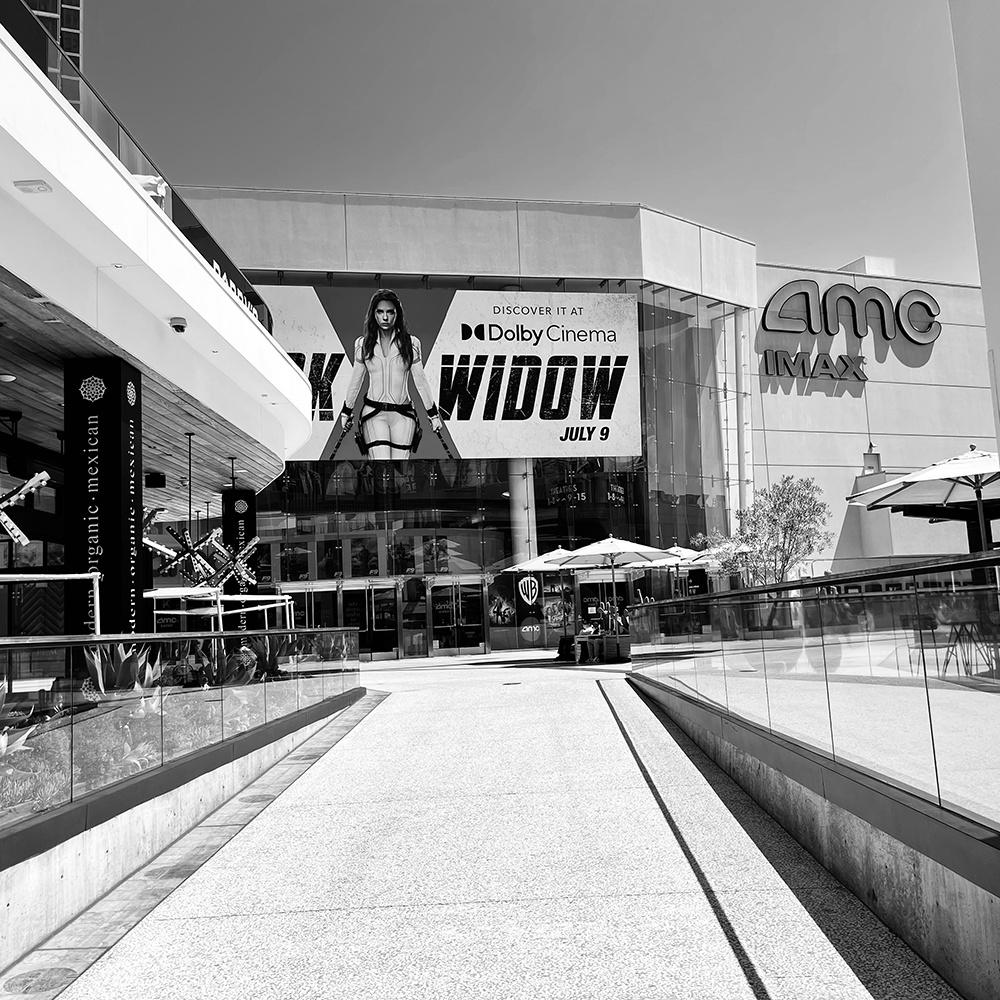 Of course, the theaters themselves are also just now getting back into full swing. New movies are again being released. But the choices of new releases remain somewhat limited as the studios gradually ramp up their distribution schedule along with a world establishing its new normal. In order to make up some of the supply deficit, theaters have increasingly gone in search of prints of older films they can re-release on the big screen. As a classic movie lover, this is great news for me and something I always wanted more of, even before the pandemic. A great movie doesn’t stop being amazing just because it’s a few years or a few decades old. And, if you are a classic movie lover like myself, lucky enough to live in an area where old movies frequently play on the big screen, you will be well aware that one of the joys of this experience is noticing all the small details in a movie that often get lost when viewing it on a small television screen at home, or, heaven forbid, a cell phone.

No matter what you say, “Jerry Maguire” is not an old movie. I’m sure many of you reading this probably weren’t born 25 years ago when it was first released. But as someone who still remembers seeing it for the first time upon its initial release in 1996, in a small theater in Durham, North Carolina, already a grown man at the time, I refuse to accept its characterization as old. I also refuse to accept that 1996 was 25 years ago. But I digress.

Despite having seen the film already on the big screen and having seen it dozens of times on the small screen since, there was no way I wasn’t going to check it out again when it arrived at my local theater. “Jerry Maguire” is one of those movies I know well enough to quote almost the entire script from memory. Som there weren’t many surprises in terms of plot. But one new surprise gifted me as a result of returning to the big screen was a small bit of production design I’d never noticed before drifting in the background, falling victim to a bit of bokeh.

If you haven’t seen the film, Tom Cruise plays the titular character, Jerry Maguire. He’s a sports agent, and one of his clients is something of a primadonna NFL wide receiver, Rod Tidwell, played by Cuba Gooding Jr. Among the many famous lines that emerged from the movie to become pop culture references, such as “you complete me” or “show me the money,” was when Cruise, in a fit of frustration, begs Gooding’s character to simply “help me, help you.” The comedic value of the scene aside, what stuck out to me this time around when watching the screen were actually a different set of words.

The scene takes place in the locker room of the Arizona Cardinals football team. Or, more likely, a set made to look like the locker room. Having never been in the actual locker room, I can’t tell you if this is accurate or not, but on the walls behind the actors, we see a number of small signs. Each sign is covered in some sort of motivational platitude. Those types of short one-liners spouted by motivational gurus that, as a young man, I would have written off as corny, but as we age, tend to take on far more relevance. This particular sign that caught my attention behind Tidwell’s bobbing head stated simply that “success means getting up one more time than you get knocked down.”

Or something like that. The actual words were obscured by the actor’s head. And given that the cinematographer didn’t opt for a greater depth of field to have them more in focus suggests that they weren’t really critical to the story. Yet, still, the meaning stuck with me. I know the words themselves can sound a bit cliche. And I’m sure it was more than likely just whatever the set decorator could think of last minute to give the set a bit of extra texture. But darn it if that simple statement didn’t get my mind to thinking. And, like most cliches, just because it’s corny doesn’t mean it isn’t true.

In the 25 years since I first saw that scene on the big screen, I’ve been knocked down more times than I can remember. Heck, in the past 25 months, we’ve all taken more than our fair share of blows. We’ve been offered multiple opportunities to simply lay down and stay there. In some ways, as artists, with or without a pandemic, this level of rejection is simply par for the course. Art is about constantly sticking your chin out. You know that the more you try to stand tall, the more vulnerable you are to critics or the competition trying to knock you off your perch. But the best artists among us aren’t afraid to take the hits. That’s not to say that they are infallible or impervious to criticism. But the one thing that successful people share is that when they get knocked down, they get back up. 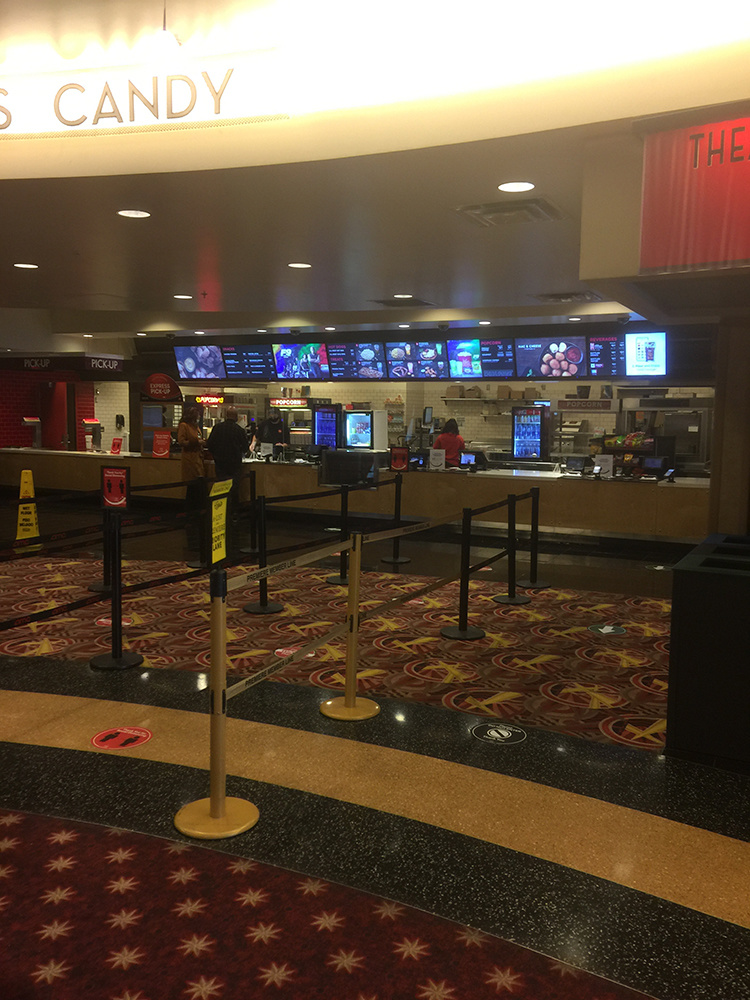 I realize this is a photography forum and much of my article has been about the movies. But the reason why I love cinema is for its ability to convey a message through a fictional form that can still resonate in the very real world outside those soundproof doors. So, no, this isn’t the part of a photographic life concerned with new cameras or lighting techniques. But the technical merits of an artist are only as valuable as their commitment to stay in the fight.

This simple message which I had literally seen dozens of times without ever noticing I’d seen it may seem trivial. But when applied to the ups and downs of not only establishing but maintaining a career where you are likely to lose far more than you win, it’s worthwhile to recognize that all you really need to do to be successful in the long-term is to not give up.

Okay, I’m going to sign off now before I start sounding like one of those inspirational posters on the wall. But if you are out there trying to build your business, facing crazy competition in your existing business, or simply trying to decide on your next chapter as an artist, perhaps spend a moment today to contemplate the truth in a handful of words thrown away in the background of a movie released a quarter-century ago.  And just keep getting back up.