First shipped on September 8, 2017, the successor to the popular Nikon D810 is still potentially months away from hitting some customers’ hands. For those who waited until the official launch of the camera, finding a D850 body before the holidays could prove to be challenging from some of the larger retailers.

Nikon’s 100-year anniversary has been marked by several provincial “belly flops” this year. Nikon first announced it could not keep up with the preorder demands of its latest flagship camera on August 28, 2017, and also failed to even fill 10 percent of those preorders on the first shipping day. So what’s going on with Nikon? Did they truly underestimate the customer demand and fail to properly prepare, or is this typical company strategy to extend fourth quarter revenue and earnings? Nikon recently announced they would also be shutting down one of their Chinese-based factories which mainly built compact digital cameras and DSLR lenses. 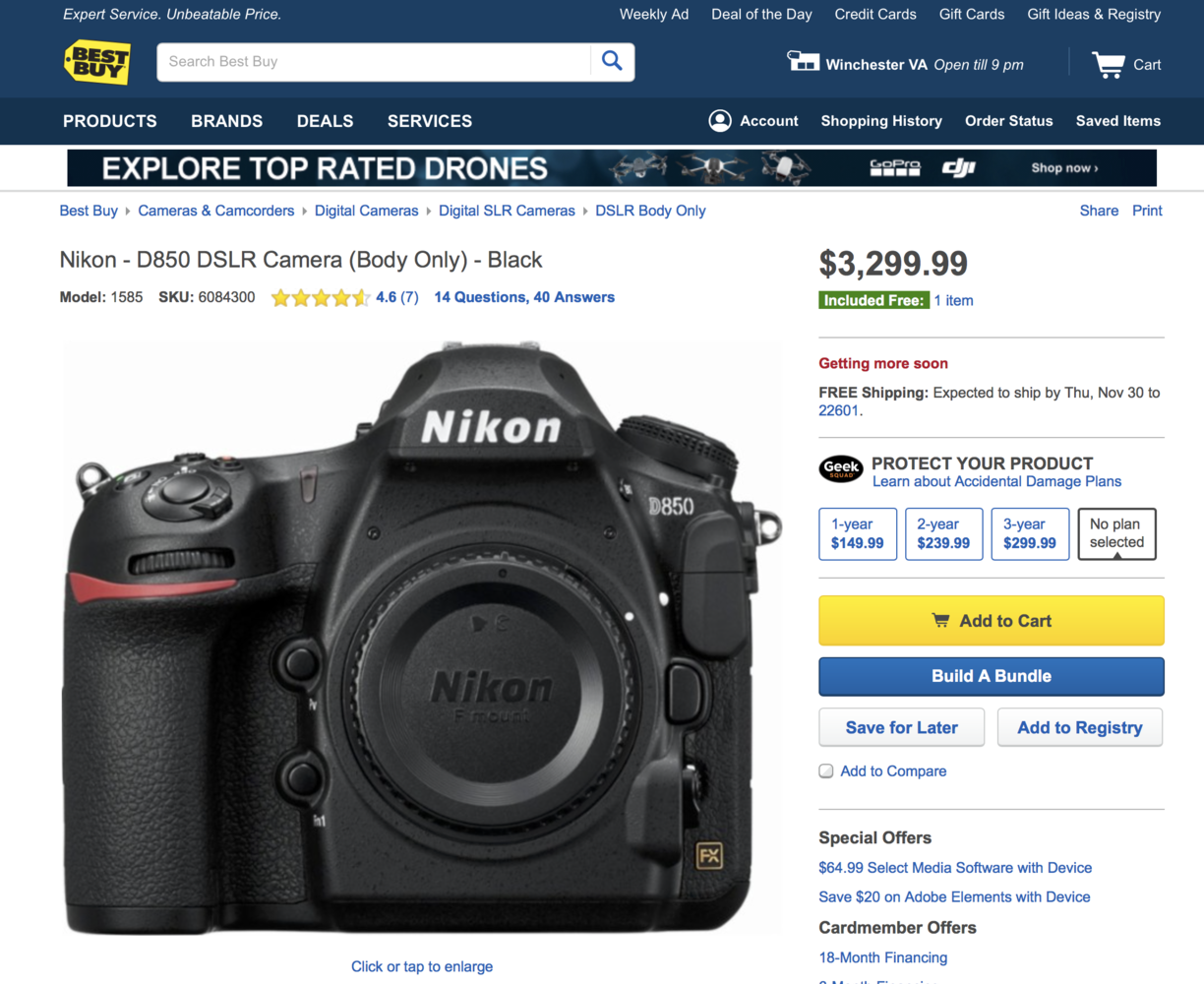 For the first time, the D850 sensor achieved 100 points at DxOmark, granted it didn’t hold the record of being the only one to achieve this very long. The Hasselblad X1Dc achieved 102 points, dethroning the D850 from being the best sensor on the market.

With the D850 receiving such positive feedback from the early adopters, it may be some time before everyone gets their own copy. In the meantime, the rest of us can anxiously await for the email notifying ours has finally been shipped.