The Nikon Z 7II is a high-resolution full frame camera and the updated brother of the z7. Now 6 months on, how has the camera performed for me shooting landscapes? Faultless in my opinion. Well, except for one thing, but I’ll speak about that later.

It boasts an impressive 45.7-megapixel BSI CMOS sensor, a low native ISO of 64, 5-axis in-body vibration reduction, dual memory card slots (one CFExpress and one SD UHS-II slot), 4K video at up to 60fps, a 3.6-million-dot OLED viewfinder, all encased in a magnesium alloy body with dust and weather resistance. The camera has everything I needed to upgrade from the D850.

Now, this is not going to be a Nikon fanboy review, this is going to be me writing about my experiences using said camera for landscape photography, what I liked, how I got on with using it, and what I think should be changed especially for shooting landscapes and for me it’s a big one. It’s not a deal-breaker but something I think Nikon missed when creating the camera.

Another Brand Is Why I Purchased the Z 7II

As a Nikon user for many many years, I honestly hadn’t strayed from the brand until I purchased the Fujifilm XT3. Using the XT3 changed the way I approached my landscape photography and also what led me in a strange way to buying the Z 7II. Not so strange when you hear the reasoning.

Back in 2019, we were booked to go to Everest basecamp for a hiking and photography trip of a lifetime the following year, so I needed to cut down on the equipment I carried. At that time my camera bag consisted of a Nikon D850, a 16-35mm f/4, a 70-200mm f/2.8, a Manfrotto tripod, various filters, a GoPro, Rode mics, and various bits and bobs we all carry as photographers. The total weight was 22kg, which was way too heavy for the recommended 12kg day backpack, so I had to cut back. This is where the XT3, a 55-200mm, and a 10-24mm came in. Smaller and lighter and could still capture the quality of images and video I was seeking for the trip. 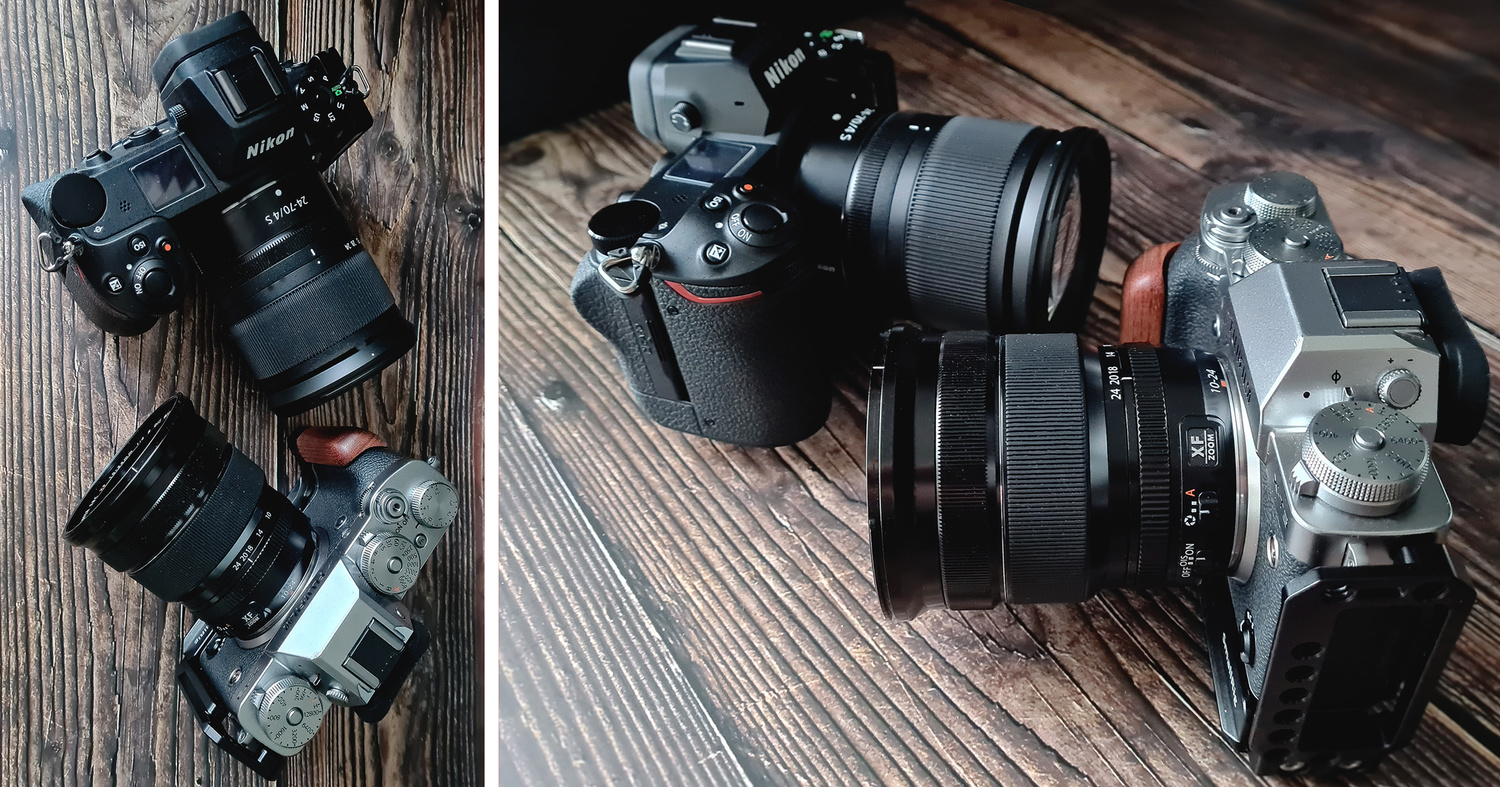 After using the Fuji for a little while I quickly saw the benefits of the mirrorless system in terms of weight and size and began glancing slightly reservedly at my D850, which is a phenomenal camera, and I have no complaints there at all. I just realized that I was preferring the more compact size and portability of the mirrorless systems. So the browsing began. I initially looked in the hope that Fuji would be creating a full frame as I was really enjoying working with the XT3. But this was not the case and everything I had been reading pointed towards this never happening. So I invested more time in researching Nikon’s mirrorless range.

At that time the only full frame I was interested in was the z7. Nigel Danson was raving about it and so were many other photographers. The only drawback they really mentioned was the cards, two CFExpress slots, and no SD slot. Which meant I would have to buy a few new cards, which are quite expensive, and my current savings were nowhere near that level to add a few extra hundred dollars just to use the camera. So I waited a few months more then Nikon announced the Z 7II with updated features and an SD card slot. It was time. So I sold all my camera equipment including my DJI Mavic 2 Pro, added the savings, and purchased the Z 7II with a 14-30mm f/4, 24-70mm f/4, and haven’t looked back since.

As my main genre for the camera would be landscapes, I purchased an L-bracket while waiting for it to arrive. If you shoot landscapes you’ll know how much simpler an L-bracket makes the whole process. Once it arrived I unboxed, charged the battery, inserted an SD card, and attached the 14-30mm f/4 lens, and headed out.

Ultimately lighter than the D850 with a 16-35mm f/4 lens attached the camera felt good in the hand. Although when hand holding for shots every now and again my fingers would depress either FN1 or FN2 button alerting me to either focus mode or white balance changes. Useful though for quick changes when shooting studio portraits or shooting on the fly. I have big hands so perhaps a deeper grip would be better. Most of the time the camera is mounted on a tripod, so this is not such a big issue. My partner uses the Nikon Z 6II and doesn’t have this problem; smaller hands.

The menus I was familiar with so it was a breeze navigating them plus I have now programmed U1 and U2 of the top dial menu for my most often used setting scenarios. A feature I had not done before on any of the other models. Everything about the dials and back buttons was again familiar so honestly not much muscle memory change required there.

The viewfinder is crystal clear and to be honest, with my ever-increasing need to wear glasses, this was a godsend. Every now and again I would unintentionally leave my glasses at home, so being able to see the details via the viewfinder or back screen meant I could still comfortably shoot without worrying too much about focus. That being said I had always manually focussed my shots, but with the progress in technology, I find myself now using the camera’s autofocus via the touchscreen more and more frequently. Probably to the point of 80% autofocus, 20% manual, depending on what I’m shooting. I also now have a tendency to lock off my focus by switching the lens from auto to manual, once focus has been acquired using the touchscreen autofocus. This of course is not necessary, it’s probably my nod to manual focus from days gone by.

As with other landscape photographers, hiking for long distances in all types of weather, the weight of the equipment can get you down. So far I honestly haven’t noticed the weight, but with the highest hike this year being only 958m, it will be interesting to see if the weight becomes an issue. I don’t think it ever will though.

So far I’ve photographed in varying conditions including rain and wind and the camera has performed great with no issues. As ever, we are always careful when changing lenses but now more so due to the exposed sensor. Perhaps one day someone will create a form of cover that closes when the lens is removed on mirrorless cameras to protect the sensor. For now, I’ll just be extra vigilant, as so far I haven’t needed to clean the sensor.

The lenses have performed better than my expectations and I would be bold enough to say the 14-30mm f/4 appears to be sharper than the recently discontinued 16-35mm f/4 but that may be just my eyesight. The 24-70mm f/4 is a dream to use with outstanding quality. I’ve also recently purchased the 24-200mm f/4 but I’m still in the early stages of using that one, so no comments from me for now. Plus a 3rd party lens namely the Viltrox 85mm f/1.8 but that’s still in the shipping stages as I write. 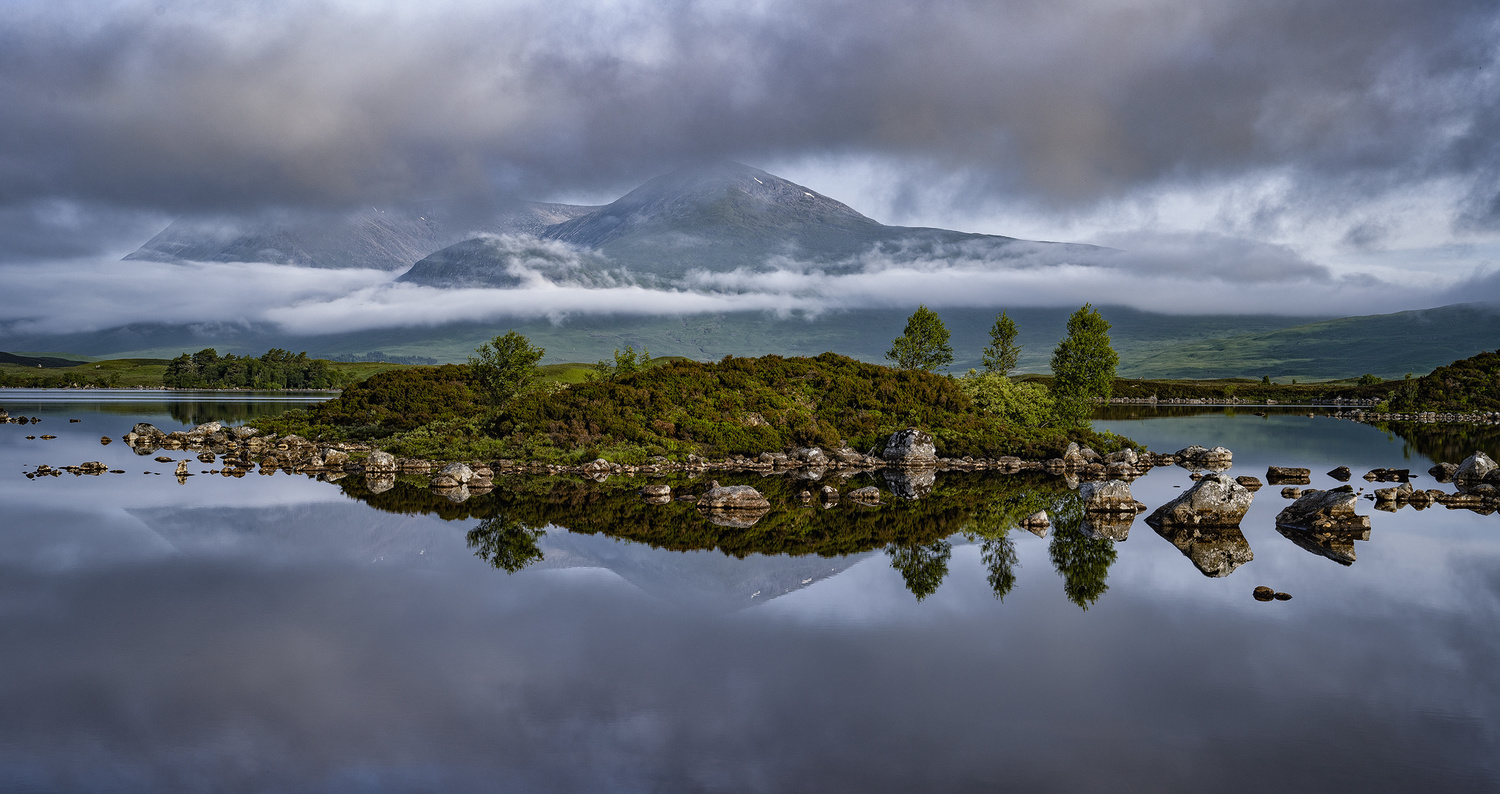 The images are sharp even if handheld thanks to the synergy between the 5-axis in-body stabilization and z mount lens glass. Handheld panoramas work out 90% of the time with the other 10% being user error. The size weight of the camera is really appreciated by my back over long distances.

With the resolution of the sensor at 45.7 mp, if you need to crop and are not taking too much out of your composition, the resulting image remains tack sharp. Although I’m not a fan of cropping and would rather use the camera to its full potential. So try my hardest to get the composition I want. The image below shows a 100% magnification of a shot at 1/6 sec on the 24-70mm f/4. For myself and these chance encounters, being able to retain as much detail while hand-holding at 1/6 second shows the power of the in-body vibration reduction. Sure I could have boosted the ISO quite a bit for this shot, but I actually was testing the slowest speed I could realistically hand-hold. 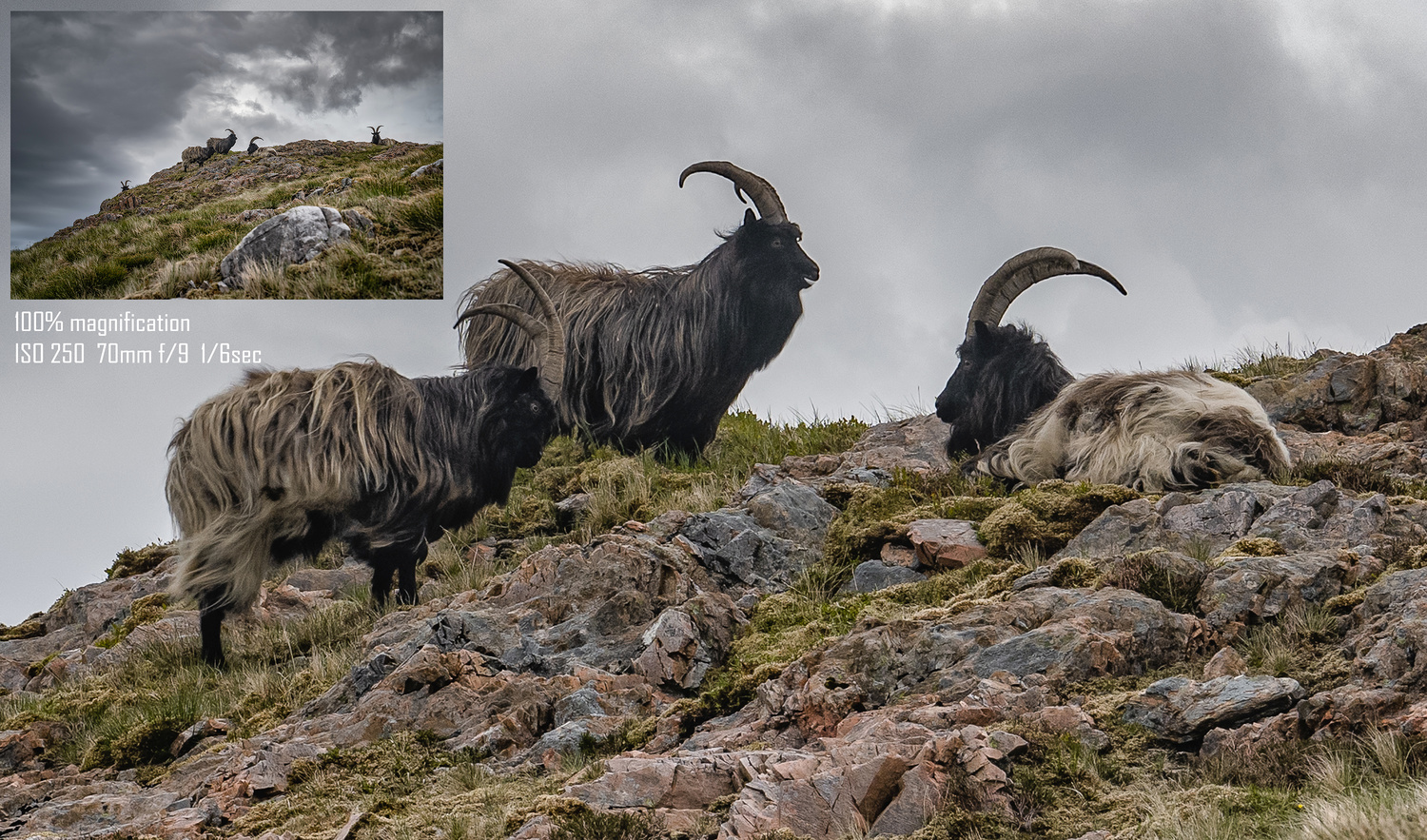 A choice of image areas includes FX, DX- useful if I want to push the 200mm just that little bit further, 5×4,16×9, and 1×1, which the image below was shot at. These are features for most modern cameras anyway but it is something I work with quite a bit as I feel it does tighten up your compositional skills. 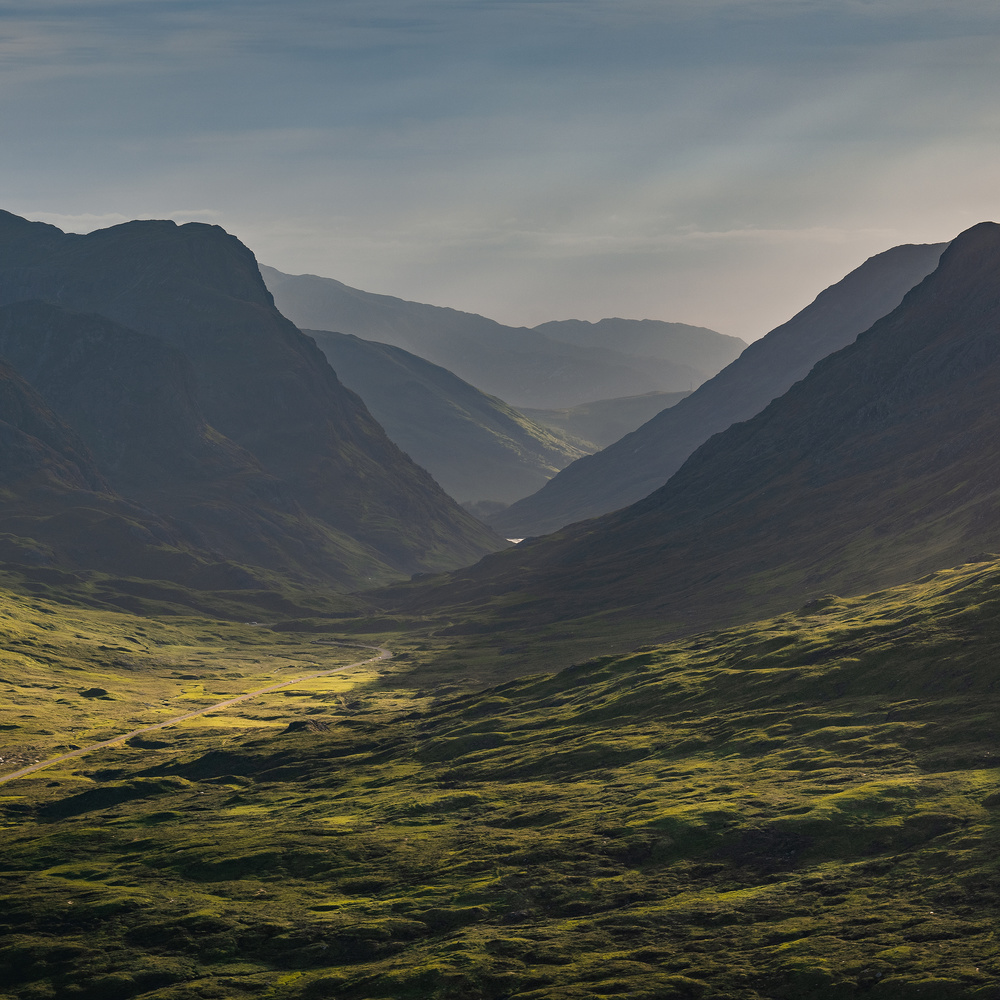 The autofocus has a better response than the D850 in my opinion. And the touchscreen is far superior both in clarity and friction. I did feel that the back display screen on the D850 wasn’t that ideal anyway compared to how good the camera was.

I’m not a tech-head so I can’t say “oh, it should be this or it should be that.” I’m more of a fit-for-purpose type of person. Does it do what I need, and does it do it well?

The main thing that the camera is lacking for me, is a fully articulated screen. Yes, it can tilt up and down like the other Nikon cameras. But I honestly can’t understand why it doesn’t have one when nearly every other camera manufacturer has implemented this. I often shoot low in portrait orientation with the tripod again low to the ground. Having a fully articulated screen would save me from lying down on the boggy ground or even submerging my upper torso in the river to get the composition I’m after. Yes, we will do what is necessary to get the shot but c’mon. Surely adding an articulated screen can’t be so much of an issue? They did it with the Nikon Z fc. On that note, they should’ve made that full frame.

If Nikon ever releases an articulated screen for it that can be retrofitted, I’m first in line. Yes, this won’t happen, but I can dream.

Would I recommend the camera for landscape photography? Yes, for all genres in fact. Don’t get me wrong, I have tested other cameras. The Sony a7R III with a G-Master lens, for instance, produced stunning image quality. But to be honest, the menu system really frustrated me. Perhaps that was a lack of perseverance on my part or perhaps it was a lack of familiarity in the form of the Nikon menu and laziness on my part to learn something new. In saying that though, the Fuji menu system caused me no issues at all. Panasonic Lumix also kindly sent me the Lumix S5 along with a couple of lenses to try. Again, a great camera and image quality. Unfortunately though, for the two weeks I had it, it rained constantly except for a break of around 24 hours and I didn’t want to send them back drenched equipment. Although weather sealed it wasn’t mine to take that liberty.

Except for the Fn1 and Fn2 buttons, for me, the ergonomics of the camera just feel right. Everything is easily accessed by your thumb and forefinger when looking through the viewfinder. So no need to drop the camera to find functions when hand-holding. The weight of the camera and lenses especially for long hikes is a definite bonus. The sharpness of the f/4 lenses doesn’t give me any reason to complain at all.

It all felt familiar when using the Nikon Z 7ii and I am glad I moved to the mirrorless system. They say that familiarity can cause contempt, but not on this occasion. On this occasion, it sparked creativity and a lust to use the camera more.

If you want to find out about the camera and in particular more about the specs and available lenses. You can find it here.