Oh, I know that this can start a deliciously heated debate as to whether this is photography or art. And to be honest, it’s one that, as a photographer and image editor, I love to read. This one can work some people up, unfortunately. We all have our opinions, but for now, I’m going to look at the processes involved from both the photographer and the creative in creating composite images using photography. Are they the same considerations for both? 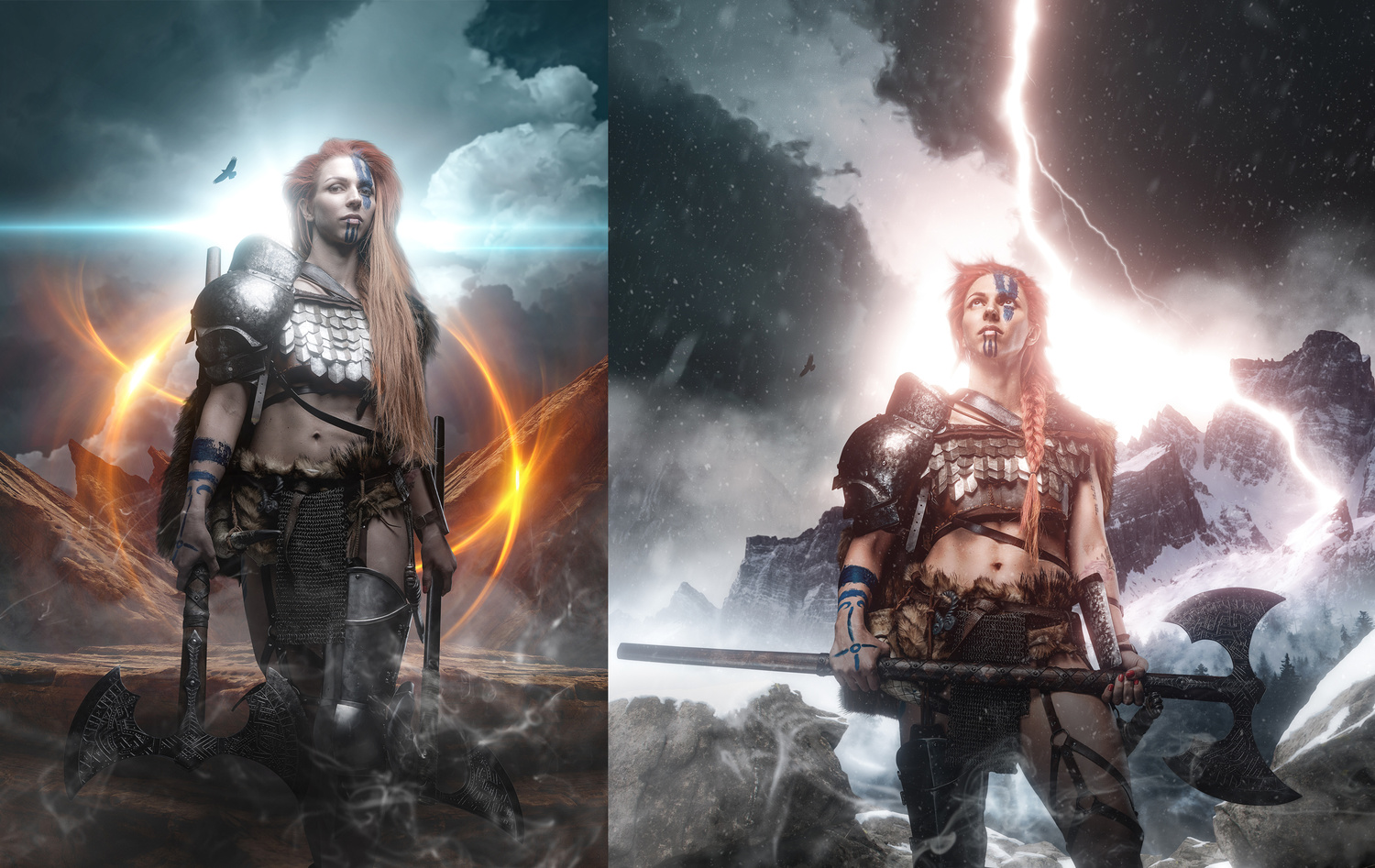 Considering the complexities and creativity involved in creating the images, doesn’t the creator/editor have a good understanding of lighting to be able to realize the final image, or are they like an artist and the photographs their paints? Alternatively, are they graphic designers with a good understanding of lighting, software manipulation, and composition? Or a photographer with the desire and imagination to create surreal or fantasy imagery? Whatever the case, maybe it still comes down to whether this can be classified as photography or digital art?

Digital art is an artistic work or practice that uses digital technology as part of the creative or presentation process.

Whereas a photograph is defined as:

A picture made using a camera, in which an image is focused onto light-sensitive material and then made visible and permanent by chemical treatment, or stored digitally. (This definition also includes digitally captured images).

The first definition does not mention a camera but does mention digital technology as a part of the creative process. The second mentions camera and digitally captured images. So, could you argue that if an image is made up of multiple digitally captured images, made using a camera, it is no longer a photograph but rather an image from the sum of its parts, which in turn creates digital art? Is then time-blending digital art or a photograph? Just a thought.

A Brief History of Digital Imaging

Lightroom or similar software is the digital darkroom nowadays for processing raw files. Lightroom’s initial release was back in 2007 and it is still used for only photographic-based imaging. I don’t see anywhere that you can start to add other image layers to blend them in. That’s a job for Photoshop. What we now know as Photoshop was created for displaying grayscale images on monochrome displays back in 1987 by the Knoll brothers before it was sold to Adobe in 1988. Released in 1990 as an officially licensed Adobe product, it was primarily aimed at the digital imaging and graphic design market. Layers weren’t added until 1994 and Camera Raw in version 7 circa 2002. So, the new age of digital imaging could well be 1990 with Photoshop. 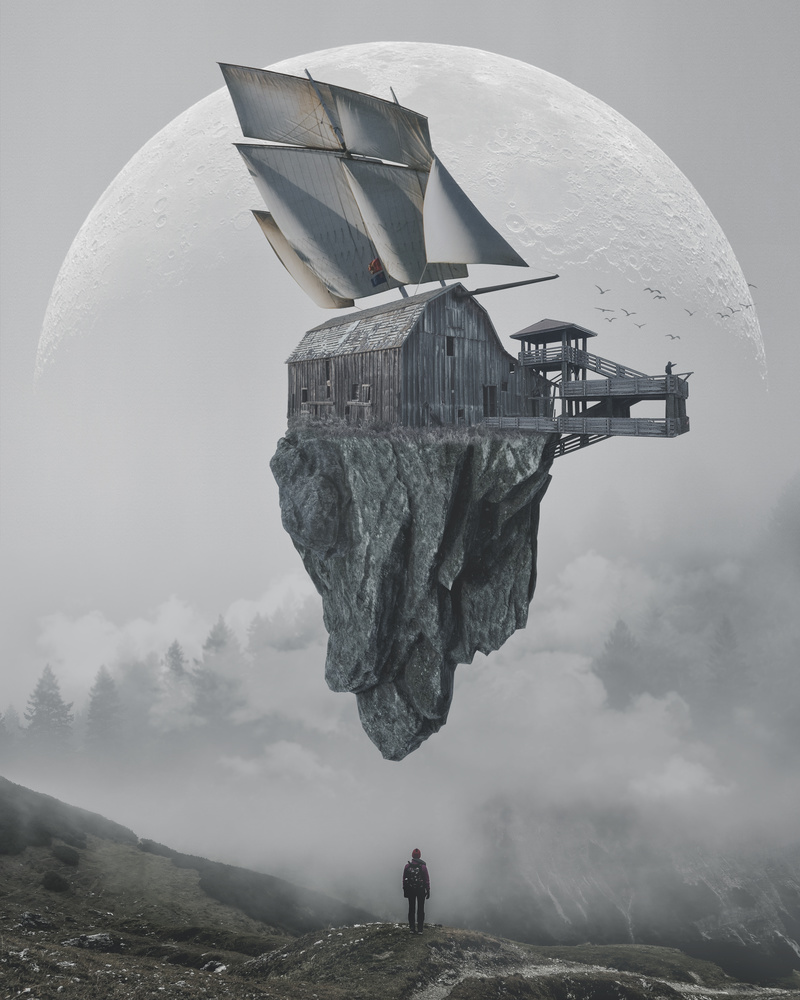 Or should that be the other way round? Many photographers have carved a healthy niche in their career with the ability to jump between photographs, digital art, or a combination of both. The final images are admired for their quality, the photographers/digital artists for their conceptualization, attention to detail, photographic ability, and post-production prowess. The creation of their images is inspired by artists, movies, other photographers, and their imaginations. The skills they have learned both behind the camera and in post-processing only help further to aid the creation of their images. 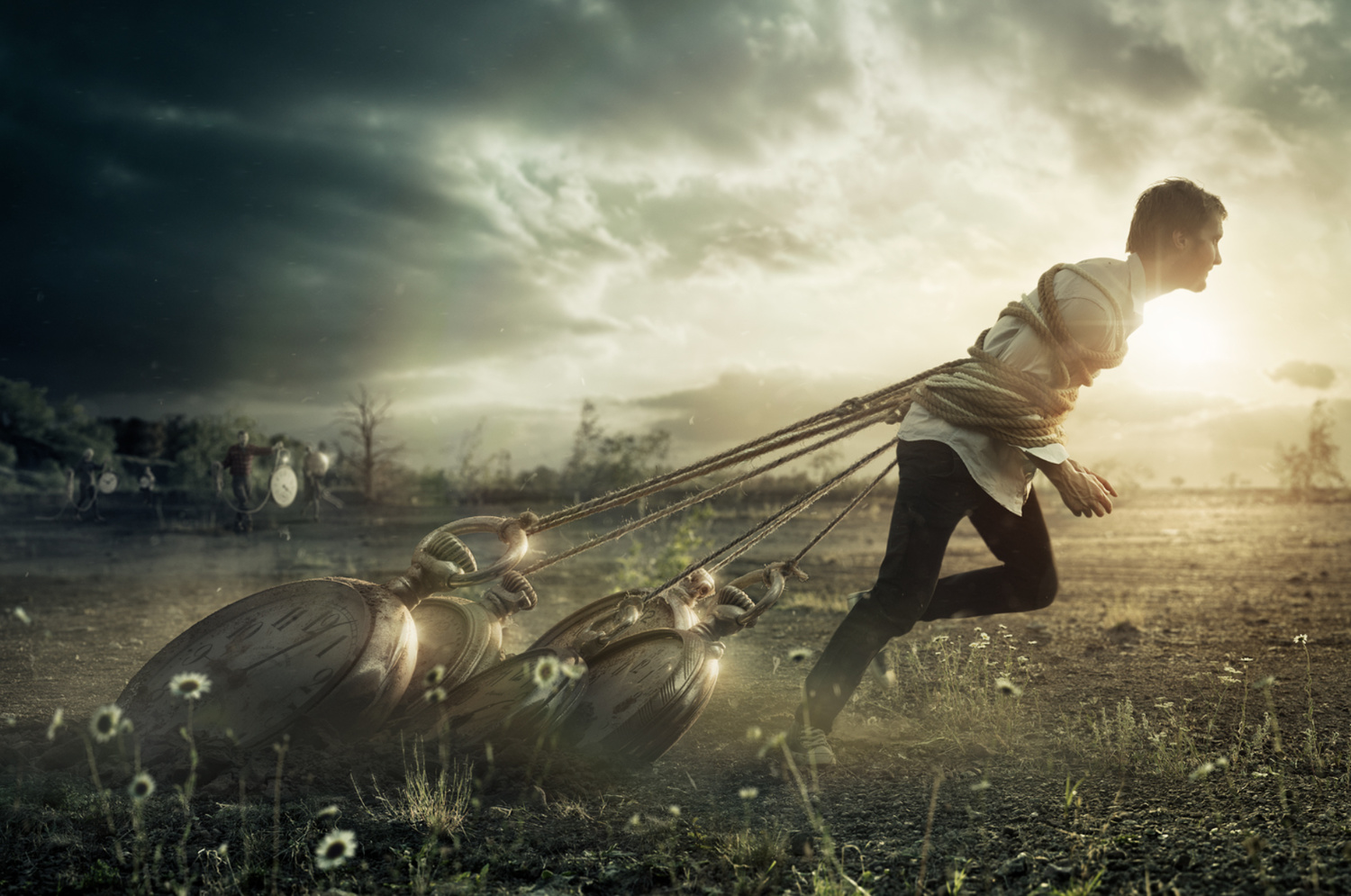 An Extension of Photography? Of Course

Is it photography? Not so in as much as it’s not an image captured in a single take. But it is photographic. Everything is calculated at a photographic baseline. The ISO, aperture, shutter speed, lighting techniques, all learned and used to the photographer’s advantage to create the final image. At that point, the imagination takes over.

In my opinion, one of the best examples of the photographic practices and processes involved including post-production work comes in the form of Swedish surreal photographer and global ambassador for Hasselblad Erik Johansson. Erik’s work contains a high level of realism in his surreal images, and every image is meticulously planned out.

Although a lot of his work is post-production, he will endeavor to capture as much as possible in camera. Where this can’t be done, he will often recreate the scene in a controlled environment, taking particular care of every detail so that lighting and perspective are the same. Doing this ensures that everything comes together.

Erik’s surrealist work stands out and captivates due to his meticulous planning and understanding of the photographic practice and post-production work. The imagination is what drives the imagery, and the skills involved bring it all together. This leaves the viewer with an undeniable appreciation of the imagery due to the mastery of both practices.

Erik’s work can be seen here with some of his behind the scenes showing the processes involved in videos on YouTube.

So, how does the concept materialize itself? One photographer and digital artist, Ryan Sims, from the Nashville area, takes his inspiration from Marvel/DC comics, video games, and movies. 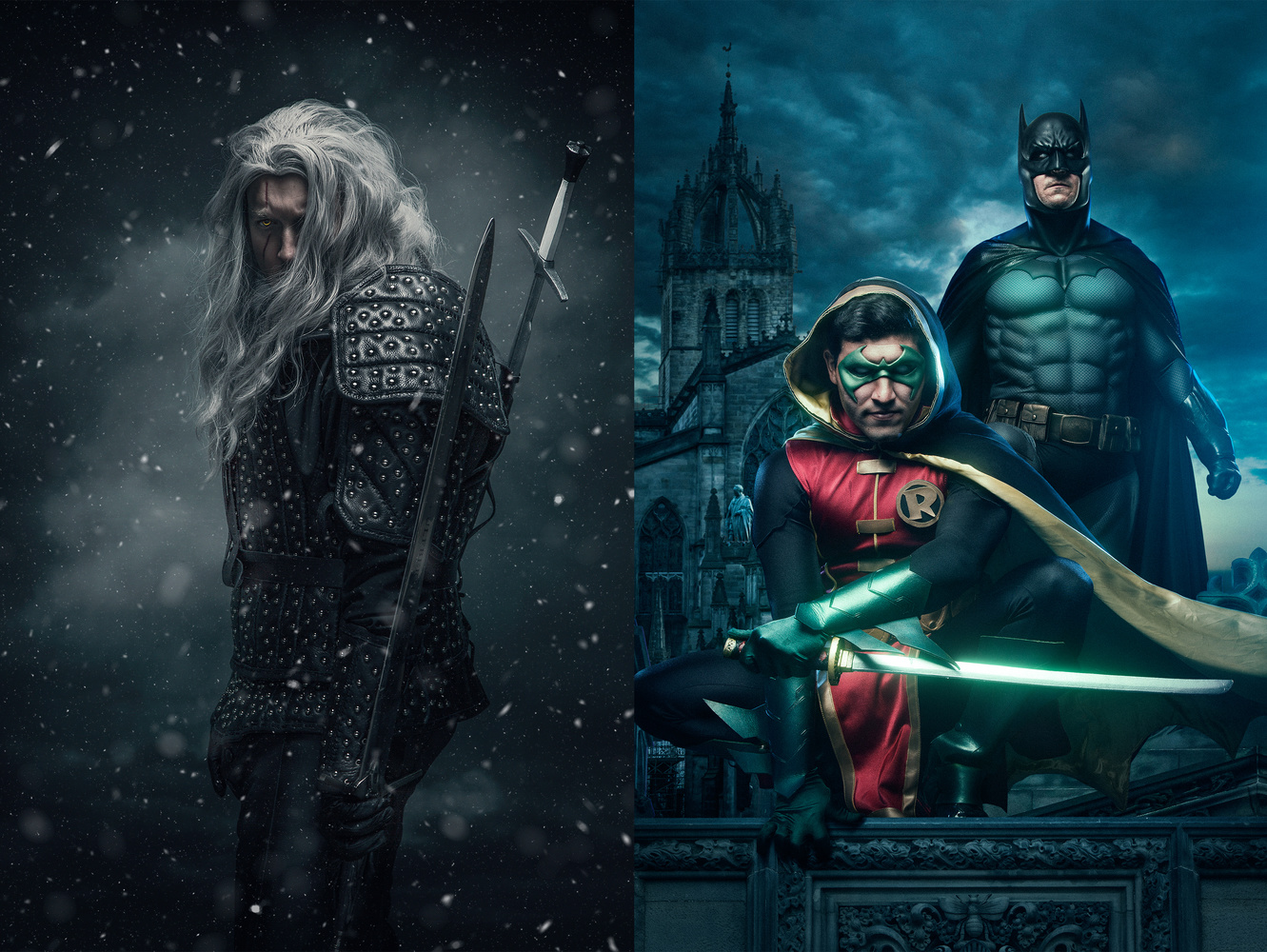 This inspiration is apparent in his wonderfully crafted images where he photographs cosplayers at comic cons or in his studio and transforms the images into scenes like stills from the movies. Studio lighting is used at both locations and set up to realize the final image.

Ryan’s interest in being creative started at an early age, when his mom involved him and his brother in art classes. Messy but still creative. Then, he learned Photoshop and it felt right to him. Creativity and no mess.

With digital art, I could let my imagination run wild without making a physical mess!

Being a photographer and combining the two, digital art and photography, Ryan can craft the images from both angles, progressing his photographic journey by understanding the considerations to be made, becoming a planner, and where the work will be heaviest.

With normal portrait photography, everything is usually heavy on the front end. You spend more time making sure the lighting is right and getting everything perfect so you can spend less time in Photoshop. With composite photography, it kind of works the other way around. Don’t get me wrong, you definitely want to get everything right in studio, but the workload is much heavier on the back end.

Ryan also shoots portrait photography and has a YouTube channel, From Raw to Real, where he teaches you his processes both in the studio and in post-production. Ryan’s website provides more insight into his images and his YouTube channel the steps involved. 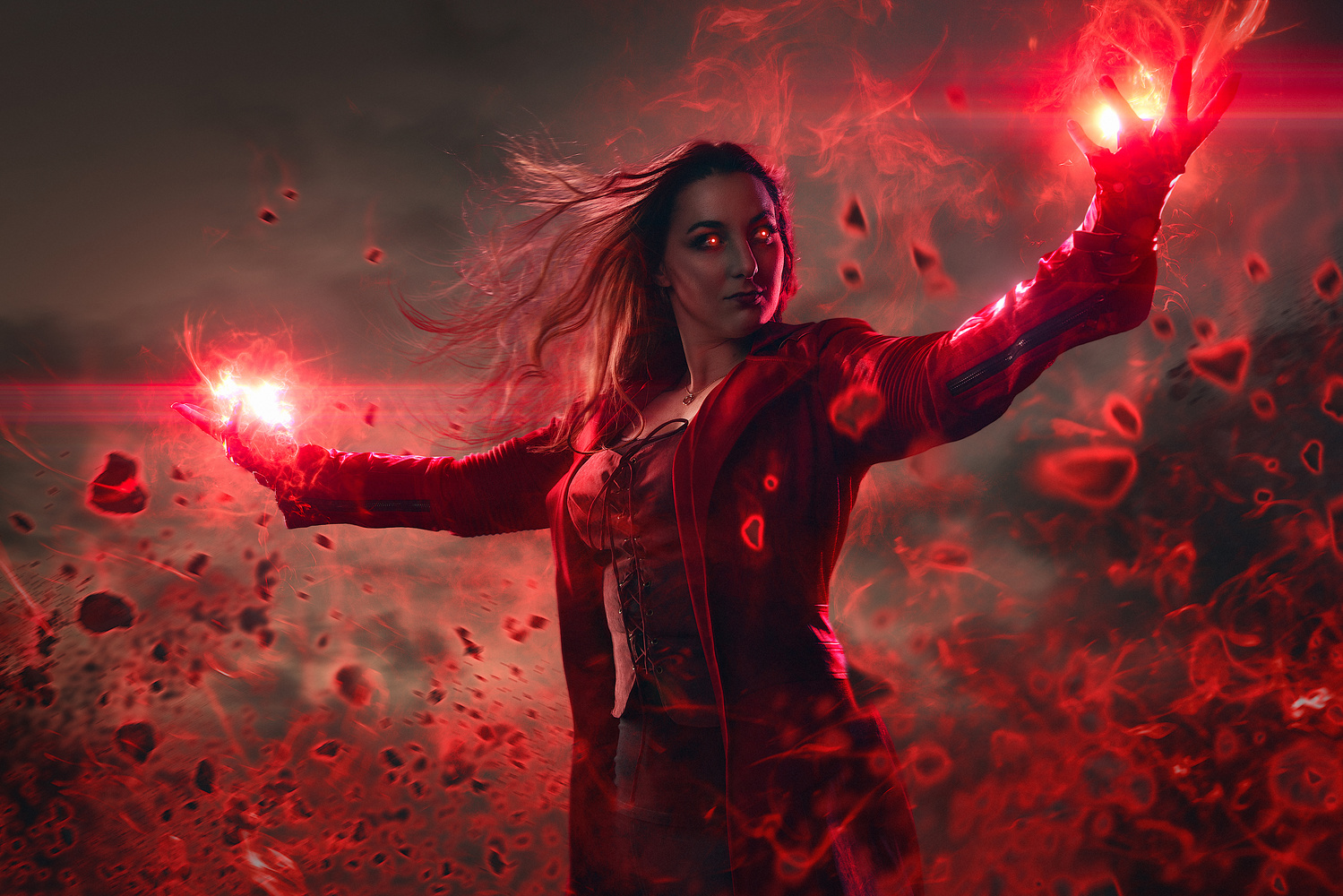 I mentioned at the start of the article that I would talk about the processes involved for both the creative and the photographer, but to put it quite simply, it’s the same considerations that are made, especially so if the digital artist/creator is the photographer.

Lighting, aperture, ISO, and composition all play the same part as they would if you were shooting a portrait. It’s the pre-visualization and post-production techniques that come into play when you are shooting. Although that may sound like a strange statement, it’s a case of also thinking about the elements you will be adding to your edit to make up the whole image. If photographing other props separately, obviously, the lighting has to be the same, but at the same time, you have to also consider how the surrounding (added) objects will affect the scene and how reflected color will interact if you want the whole image to come together. Sure you could say “well, just Photoshop it in post to match,” and sometimes, that has to be the case. That’s not how it usually works; everything is considered. For studio composites in the past, I’ve had to place empty toilet rolls in the model’s hands to emulate the grip on a railing, which was later added in post, to save editing the fingers and worrying about the shadow depth and curvature around the railing. Things like this are always considered: pay attention to details, focus on the outcome at every step. 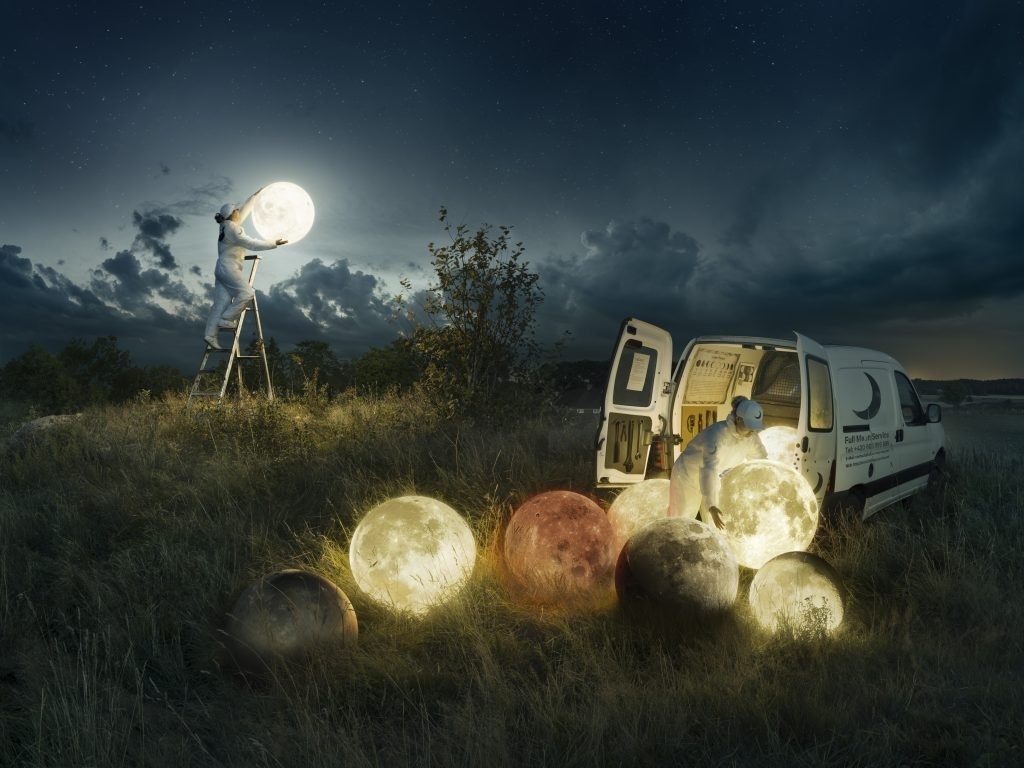 So far, all of the images above have been either surreal in nature or fantasy-style images, be that a comic book or just pure fantasy heroine/hero style of imagery. Could it be this type of composited photographic image that is often protested against because of the photography connection? We all go to the movies or have seen movies that have composited imagery. Did you protest so much that you wrote to the studio to complain that it was simply not reality or indeed captured in camera?  Yes, that’s a very ambiguous example, but more often than not, we think nothing of it, accept the movie and narrative, and decide whether we like it or not.

Could it be that the photographers that protest against it either just don’t like the images or don’t appreciate the photographic practice that has gone into it? Either way, that is fine. Everything has its place and everyone has their visual taste.

The upset I read about from some commentators when these images are posted I find amusing. Why it annoys them so much, I don’t know. But that is probably because I am actively creating this type of imagery, so am biased. And yes, I do see posts that claim it was all captured in- camera when clearly, it wasn’t. Fine, that’s their thing.

Is There a Future for Digital Art? 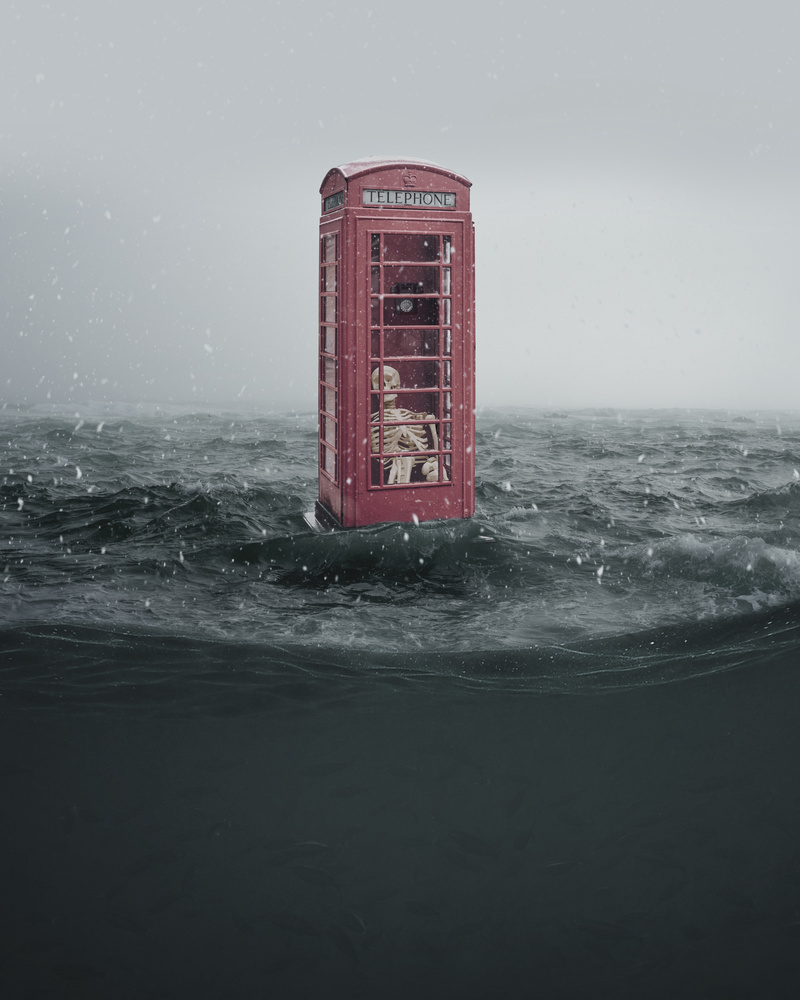 As long as imagination is allowed to express itself, there will be a future, and that future will most certainly include the photographers mentioned above plus the many more up-and-coming digital artists out there. Will it include photographic practices? Most certainly. Why stop any creative flow because some people don’t like it or the odd person cries that it’s not photography? Enjoy and nurture your imagination. Once you lose the imagination that you had as a kid, you lose a great deal.