I’ve had a lot of Macs over the years. I remember the old PowerPC Macs, which performed OK against Intel-based PCs, but did have some heat issues under heavy loads. I went along with the transition to Intel in the Mid 2000s, and had a Mac Pro Intel-based machine, which replaced my identical-looking PowerMac G5. That served me well for many years because it was so upgradeable, but eventually, that machine no longer supported the latest versions of macOS, so reluctantly I bought an iMac in 2019, sporting a 3.6GHZ 8-CORE INTEL CORE I9 chip, and 8GB of memory. Like many Apple computers of the last several years, it wasn’t really modular except for memory expansion. It was OK for photography work, but not really zippy.

The problem was Apple had a big hole in its lineup. The next significant jump up was to the Mac Pro, originally the awful (in my view) trashcan Mac Pro, and when Apple thankfully ditched it they  replaced it with another Intel-based Mac Pro (cheese grater) in 2019. That was too much money for me, so I sat on the iMac hoping for better days.

Things got better with the release of laptops with the new Apple Silicon Mac Book pros. Last year I bought the 16″ model with the M1 Max chip, and loved it. I kept wondering when a desktop M1 Mac would come along. I had expected a 27″ iMac, but instead, we got something much better: The Mac Studio. It came in two versions, very fast, and very fast x 2. I opted for very fast, as reviewers seemed to be saying the M1 Max was more than enough for a landscape photographer. Another motivator was that I hated that my laptop was faster than my desktop, and I really wanted to work on a bigger screen. 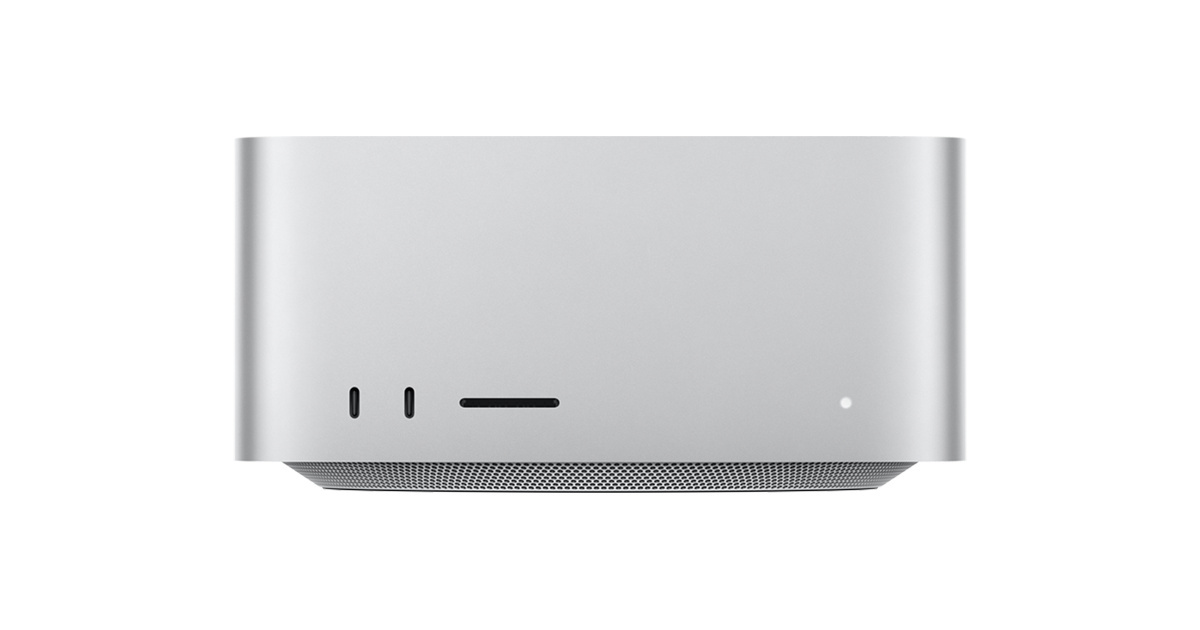 It was still expensive. My choice was the Studio with 64 gigs of ram, I opted to spend the additional 200 bucks on a 10 core CPU system with a 32 core GPU, and a 16 core neural engine. I upped the hard drive to 2 TB to match the iMac I was getting rid of.

It totaled $4,798 plus tax, but that included the Studio Display (more about that later).

Getting it Set Up

The 2 boxes from Apple arrived on the 18th, the release day. The boxes were innovative. As I hovered over the new arrivals with a box cutter, Apple had faked me out. there was a pull tab and each box opened easily with no tools. It was a very “Apple” experience. 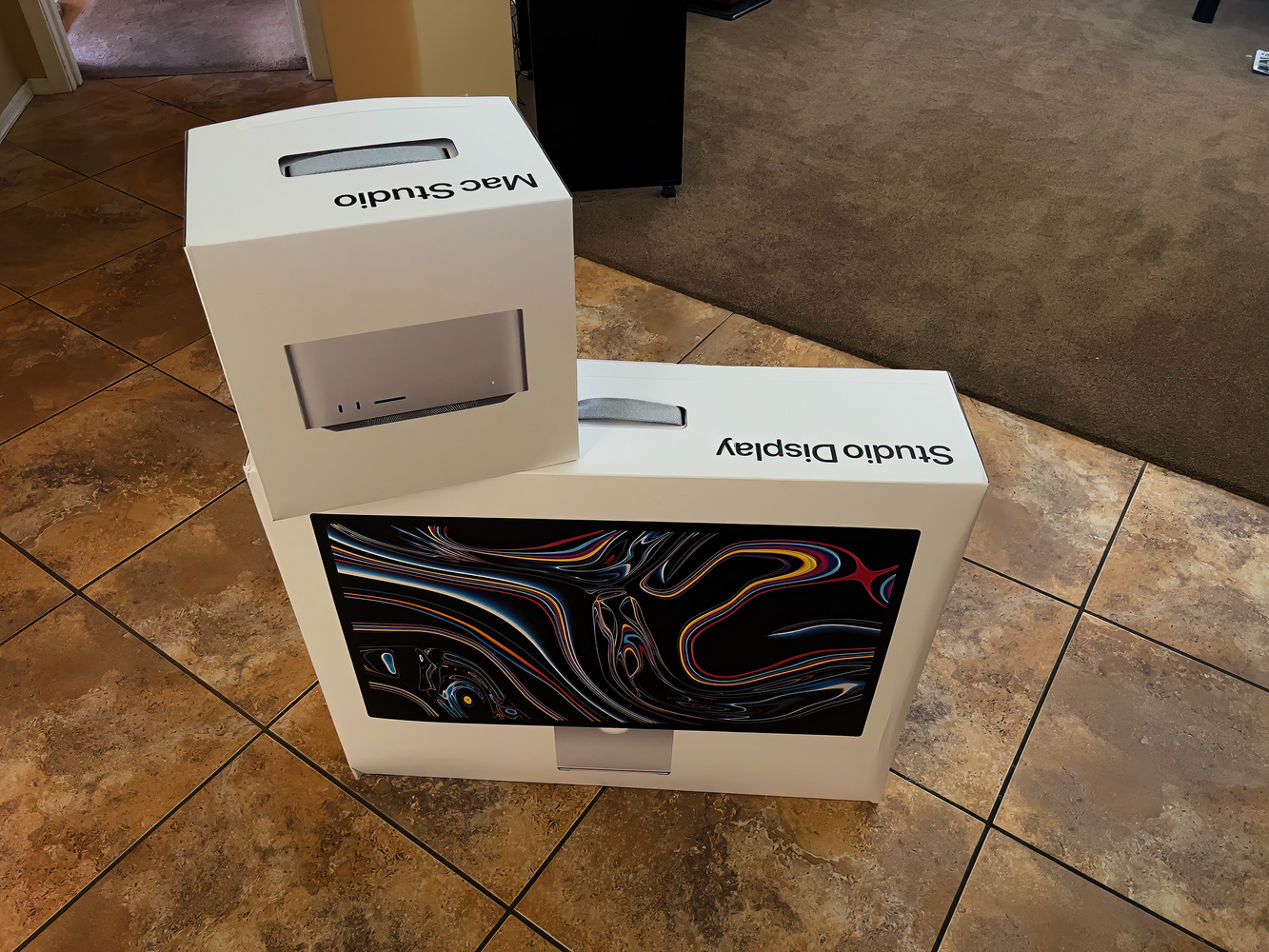 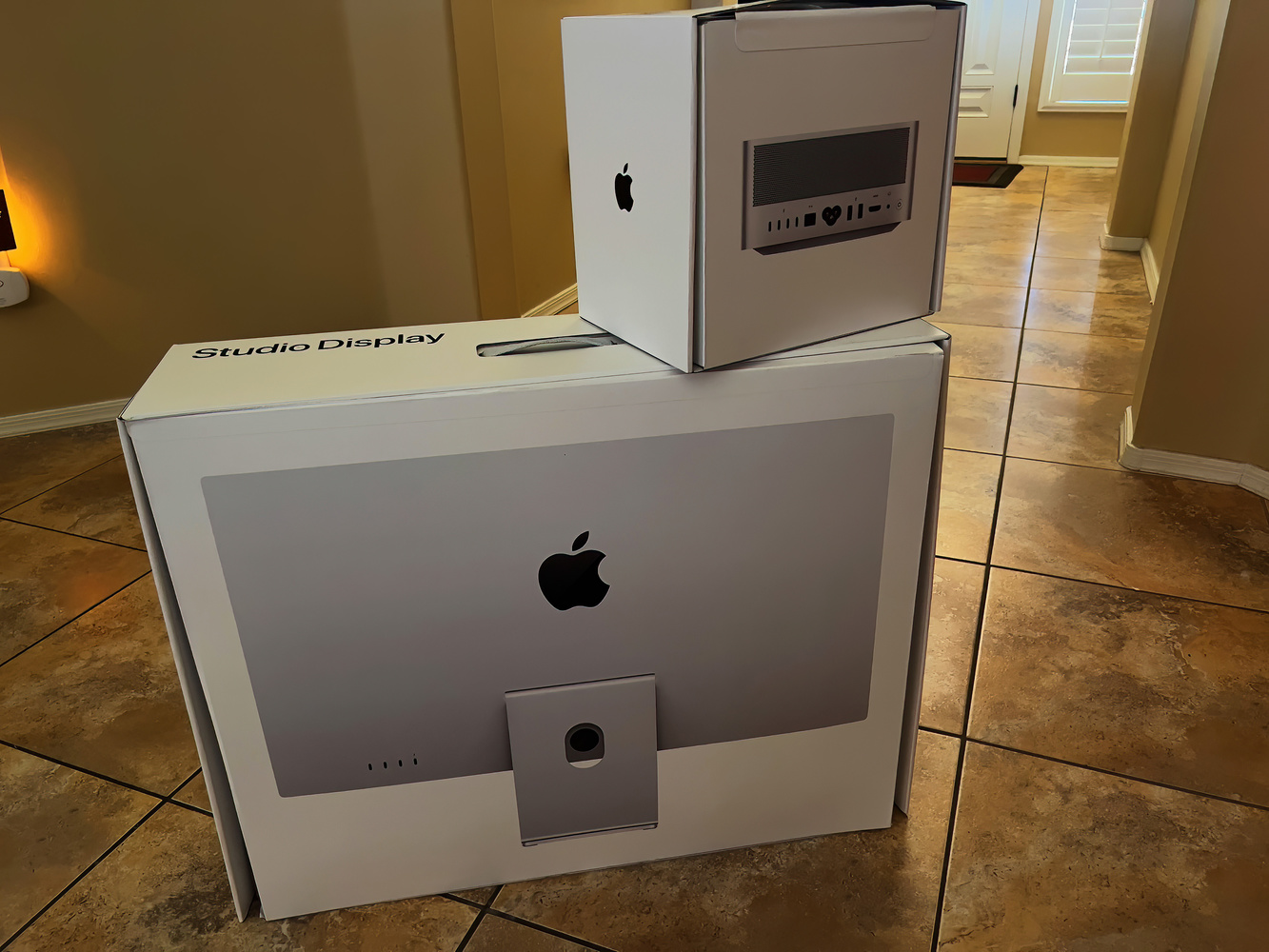 I had already just sold my iMac, but had done 2 Time Machine backups of it before it departed. When I plugged in the Mac Studio and the Studio Display the new Mac Studio did its usual routine with the machine asking me if I had a backup. (Parenthetically, I should say I have never seen a Mac boot up so quickly. It was ready to go in a tad less than 5 seconds.) I wondered if the boot process would be longer when the Mac was fully loaded. It wasn’t. The Studio was really fast on this important first trial. The Time Machine transfer took about 1 1/2 hours, which was quicker than I thought it should be.

After the usual, and multiple logins to iCloud, I was ready to edit some photos. My usual workflow is DXO PureRAW to Photoshop, a pass through Topaz Sharpen AI, and then onto other specialty editors like Luminar AI when needed,

DXO PureRAW is not M1 native, but they’ve done a few tricks to speed things up. It seems about 25% faster on the Mac Studio. Photoshop was a disappointment until I realized my Time Machine backup dutifully moved an Intel version of PS to the new Mac. I uninstalled and re-installed it, and the Apple Silicon version came to life. Was it fast? I’ll say. From a just booted Mac Photoshop came up in around 2 seconds. Wow. Editing inside Photoshop was fast too. I had the impression effects were applied in almost real-time. I am used to waiting for a render. I use Lightroom mainly for assembling panoramas; that’s really fast too. A 9 image panorama previewed in about 6 seconds (usually it took 20-30 seconds) and the actual assembly took around a minute.

I do use, and like, Adobe Bridge, but it hasn’t been upgraded to Apple Silicon yet. It’s still running noticeably faster, and it can build a visual catalog on a networked volume faster than it used to.

Luminar Neo and Luminar AI from Skylum are built for Apple Silicon and they are both faster than they were on my iMac. They are not as fast as my Adobe products, but render time appears to be about 10-15% improved. That’s probably a combination of their universal code, more ram in this Mac versus my old one, and the speed of the processor. I expect as the Luminar code gets tightened up it will be even faster.

The Topaz apps I use, Topaz Sharpen AI are screaming fast. I use Sharpen AI the most. Using my last Mac, getting a preview of the sharpen could take 30-45 seconds. Now it’s about 5 seconds. Actually doing the rendering is only about 15 seconds. It used to take 1-2 minutes. 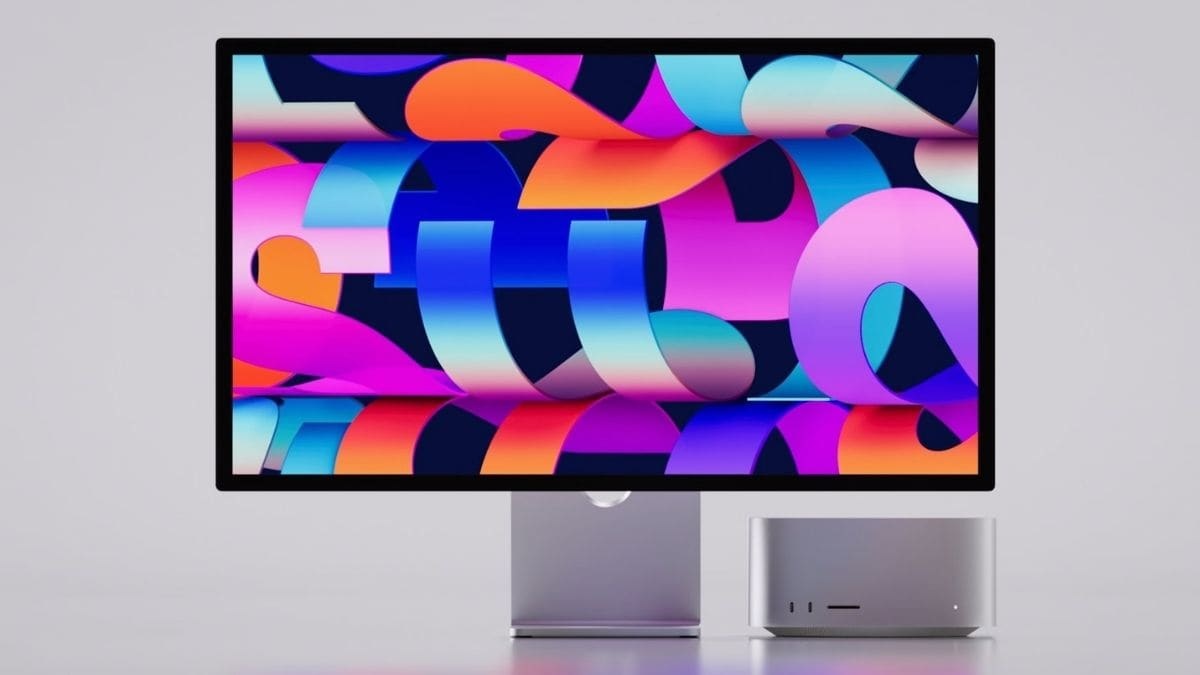 I’m glad I bought the monitor. It doesn’t have all the bells and whistles of newer monitors, like HDR and local dimming, but it looks fine. It appears to be about the same display that was in my 27″ iMac. The built-in speakers are OK, but not quite as good as the pair of Audio Engine A 2+ mini-monitors I have on my desk. Still, the Studio Display speakers sound good coming from such a thin display, certainly the best speakers built into a monitor I’ve heard. If you have good speakers in your workspace don’t use these built-in Apple speakers as an excuse to buy this monitor.

The webcam is dreadful, as has been widely reported. Watching my FaceTime calls for some reason doesn’t match the quality on my iPhone or iPad. The video looks like an old VHS tape. Poor resolution, pasty faces. Apple has signaled that it will be improved in a firmware. I hope so.

Did the Mac Studio and Studio Display make me a better photographer? No, not at all. However, the increased speed of everything is inspiring, and encourages me to try new things and techniques. I can get my work done faster, and there are little things like the SD card slot upfront that are really appreciated, along with all the increased ports. 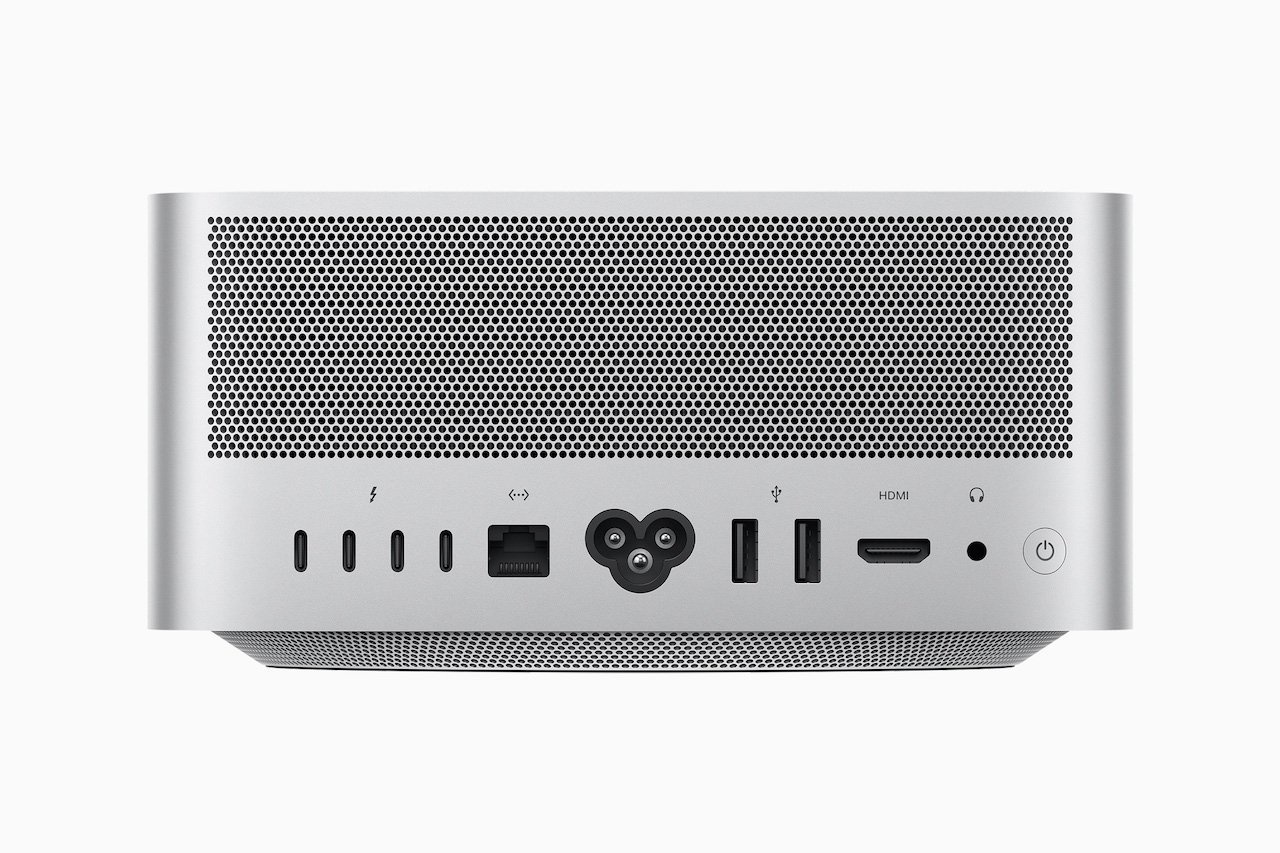 I’m happy I bought the Mac Studio. I think it’s long overdue from Apple, but I welcome it just the same. The speed increases are obvious and as a busy photographer, it seems the perfect hardware match for my workflow. It might be a bit of overkill, and it’s not noticeably faster than my M1 Max laptop, but the larger monitor and the Thunderbolt, USB A, and USB C collection of ports on the computer and more ports on the Studio Display are really a big deal. Also nice is a front-facing SD card reader. Photographers will cheer. 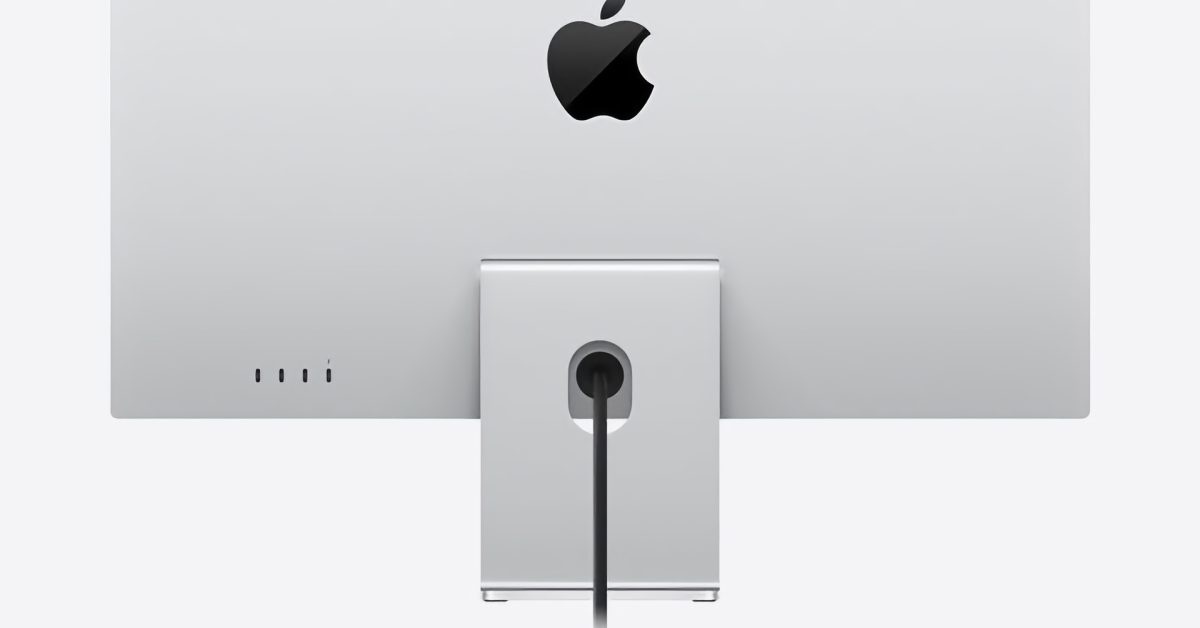 If I was doing more video, I’d think about the Ultra, but I have no complaints at all about the Mac Studio that I’ve configured and I think most photographers would find it a solid upgrade and terrific speed enhancement to their workflow. After years and years, some of my Windows user friends are jealous and asking questions.