Whether you’re a world-class photographer working with a world-class model, or a hobbyist doing time-for-prints with an aspiring model from Purpleport, everybody can use some posing inspiration from time to time. The Study of Pose aims to be the ultimate solution.

I’ll be honest, when I first saw this beautiful creation, I suspected it might be just a coffee table book for the pretentious; Jean Paul Gautier’s foreword did very little to allay that concern, not because he isn’t an authoritative legend in the industry, but rather because he is. What did claw me back in was the two creators of the book: Coca Rocha and Steven Sebring.

Rocha is a Canadian model with staggering experience in the fashion industry. I would like to summarize her career briefly with highlights, but honestly, it’s a vast patchwork of impressive work. Her résumé is tremendous, and I can only recommend that for those interested, you browse her Wikipedia page. James Scully — famed casting director — said of Rocha:

I will be the first to admit I did not believe the hype, but within five seconds of meeting her, I was totally charmed and understood why everyone loves her. Some people feel her look is specific, but I find her to be the most chameleon-like of all the girls.

Sebring is more likely to be familiar to photographers as an accomplished photographer and filmmaker himself. While his work has been seen in everything from Vogue to Vanity Fair and he has worked with some prestigious fashion brands, arguably his greatest achievement is winning the Sundance Award for Excellence in Cinematography for his 2008 documentary “Patti Smith: Dream of Life.”

For me, however, his most compelling work is the cover artwork for A Perfect Circle’s album “Eat the Elephant,” or rather the hour-long film to accompany the music, described as the “world’s first hologram album.” 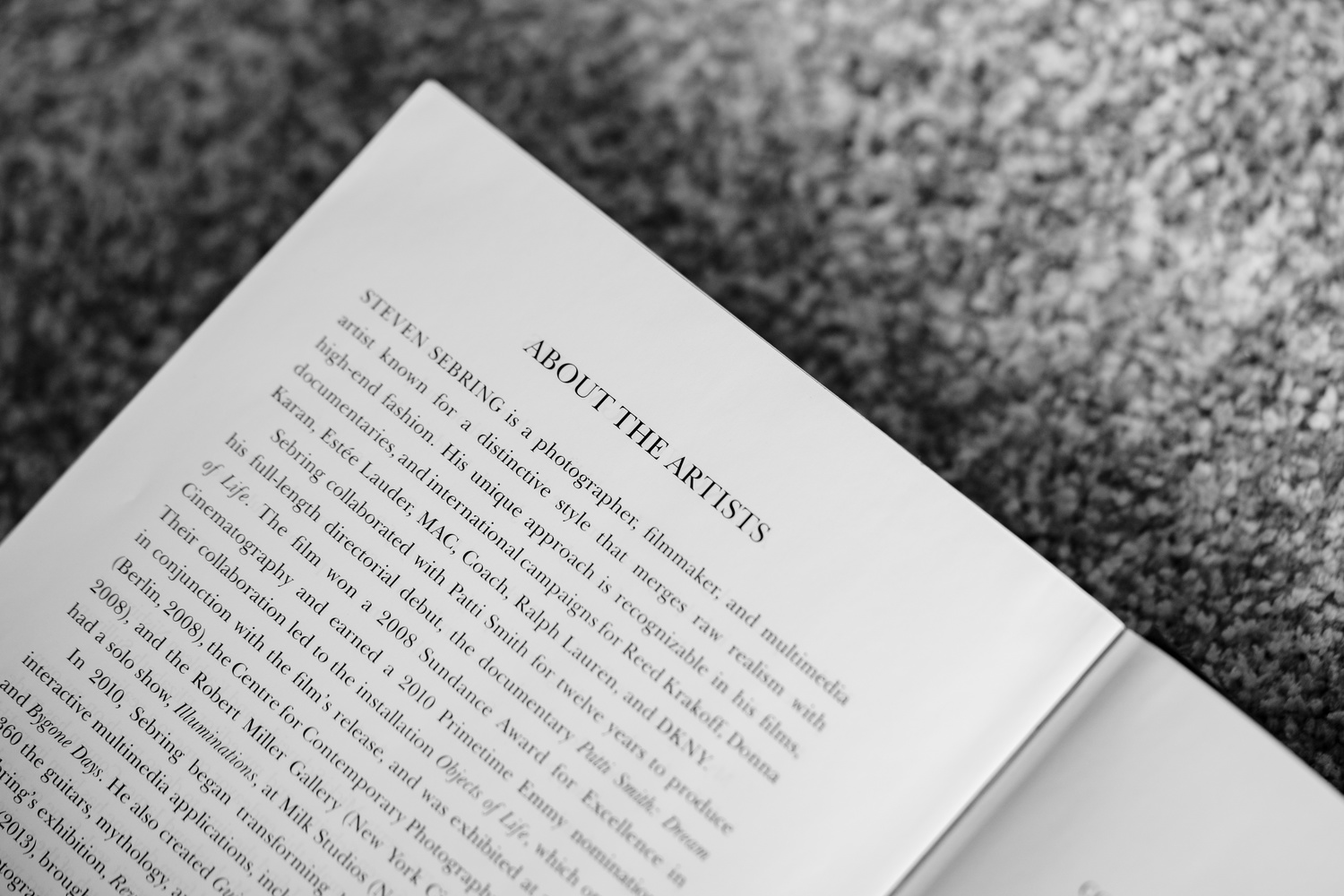 The first striking characteristic of Study of Pose should have been obvious to me before I received it: the size. It is a cosmic tome. In both dimensions and weight, it is imposing, with a thick black cover. The edges of the pages shimmer and reflect as do the understated golden letters on the cover. It’s the sort of book that the habitually curious couldn’t walk past without using their index finger to surreptitiously glance inside at the contents. 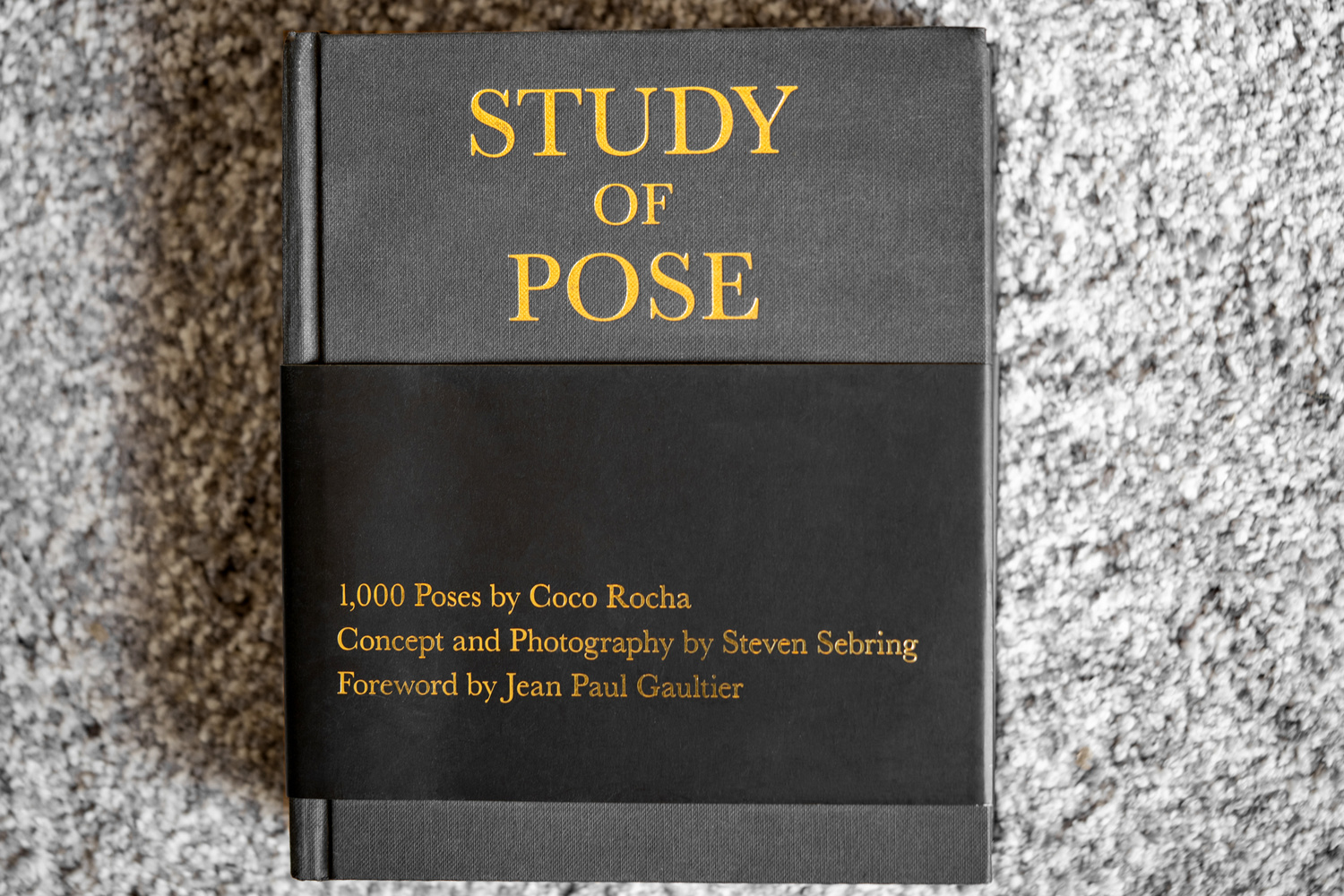 The pages are dainty to say the least. With a body of work of this magnitude, it’s to be expected, but I oscillate from thinking the fragility of each page complements the contents and thinking it was an unhappy compromise with an overwrought publisher. Nevertheless, they are wafer thin and any folds by way of marking pages would be terminal and upset us book-lovers no end. In lieu of such heinous practices, there are two silky bookmarks sewn in. Still, I’m not sure being able to flag only 0.2 percent of the poses in the book will be sufficient, so make other plans.

It’s difficult to articulate feeling both surprised and not surprised simultaneously, but Study of Pose managed it for me. On the one hand, I was surprised there were indeed 1,000 poses for me to leaf through. You might argue I would have been most surprised had there been more than or fewer than 1,000 and you’d be correct. Nevertheless, the abstract idea of 1,000 poses collated in one place and the physical instantiation of them to hold is quite different. 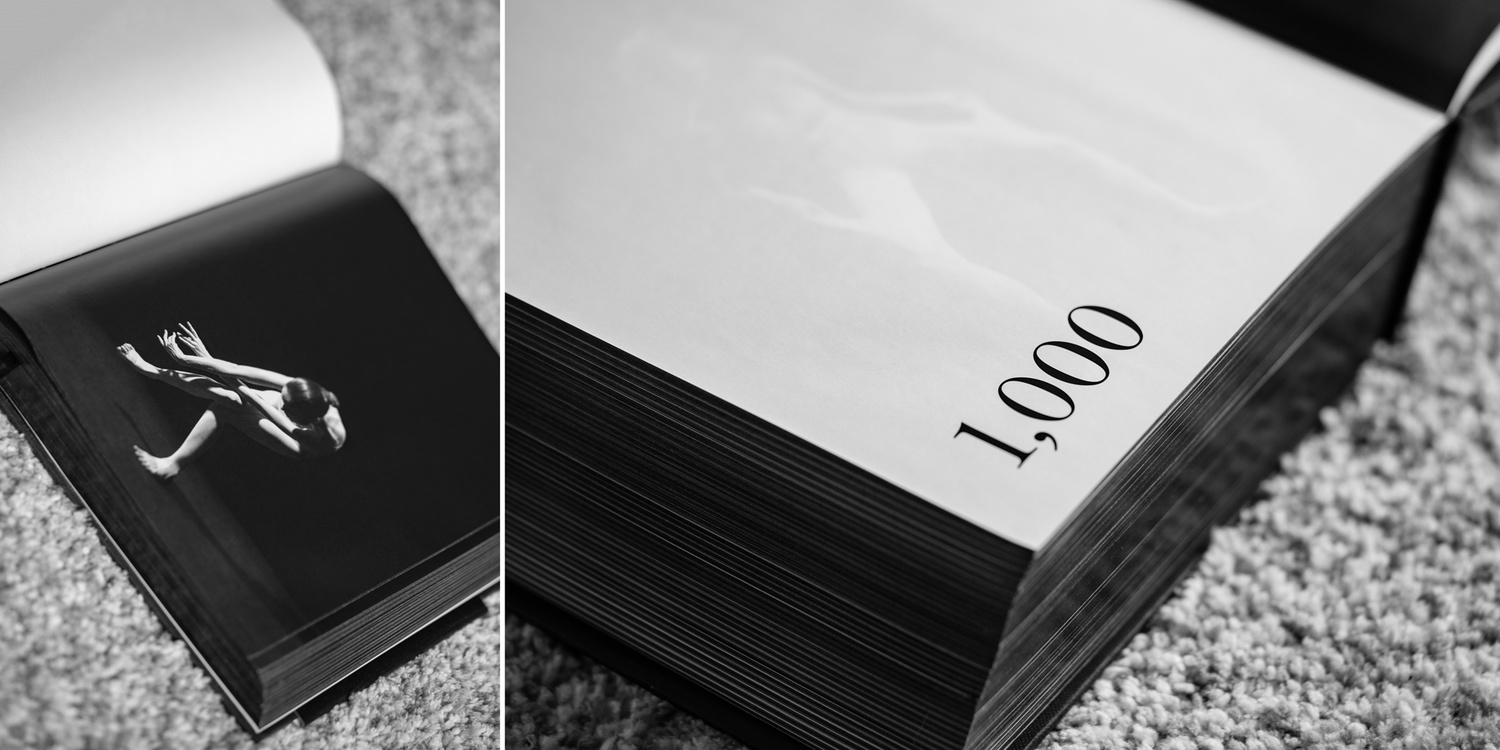 One of my few criticisms of the content of Study of Pose is I would have liked more instruction from Rocha herself. That is, on the white page with the number, a brief description of her thought process and intention with each pose would have been an excellent accompaniment. That said, describing 1,000 poses — even briefly — would have exacerbated the task even further. I appreciate it also might have detracted from the artistic form of the book, and my love of words might serve only to muddy the experience.

The poses are varied massively. Some are aimed at fashion editorials, some seem aimed at fine art, and others appear aimed at contortionists or artisan yoga instructors. There are a couple of poses that if I walked in to a studio to see my model performing, I would call first an ambulance and then an exorcist. They are undeniably creative and impressive odes to the malleable nature of human form, however niche their application might be. As you can imagine, some poses are similar to one another and a little derivative, and a few feel like superfluous adjectives to reach that word count. For the most part, the collection is, if not straightforwardly useful, then inspirational. 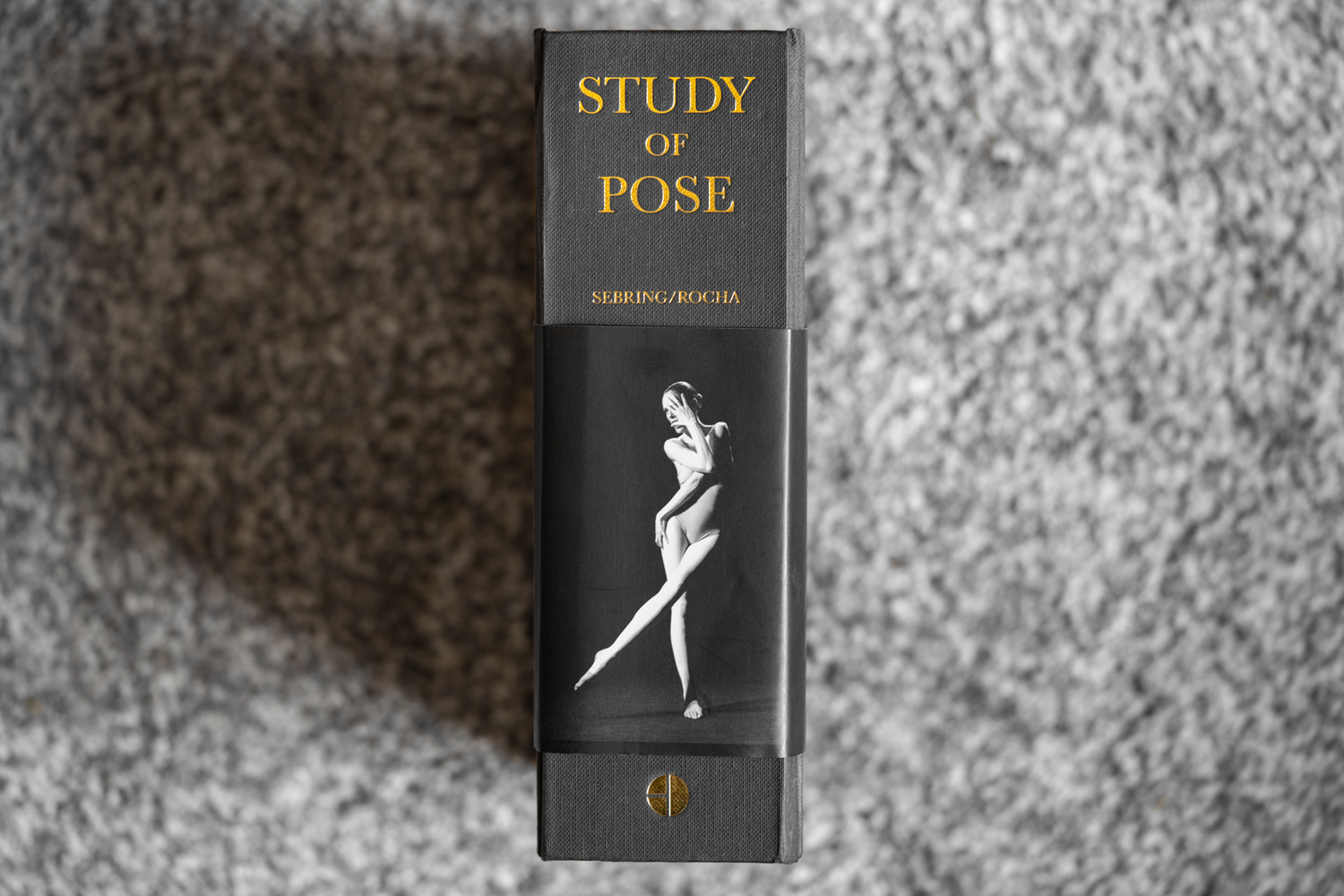 The Study of Pose is a singular book, not just for its sheer volume of content, but for its presentation of enormous amounts of content in a tasteful and artistic way. It’s difficult for a book of 1,000 anything to be understated, but Study of Pose manages. That said, it isn’t without minor flaws. The only of which that detracts from the final product is the single light source for the poses. While it creates beautiful, monochromatic and contrast-driven images which have real impact and uniformity, it does withdraw some of the notion of studying poses. Many of the poses become a little tricky to decipher due to just a key light, and that compromise of value for aesthetic really hinges on the reader for whether it was a worthy trade off or not.

Nevertheless, this book is unquestionably a powerful tool. My copy looks moth-eaten in places simply because it has seen so much use. While many of the poses aren’t in line with my usual briefs or current tastes, the inspirational value is indispensable at times. Presenting this resplendent opus to a creative team or model while you prepare to shoot can unlock a lot of creative potential. My value of Study of Pose is tied up in it being a lubricant for creativity as much as a manual for high-end posing of models and an investment well worth making. 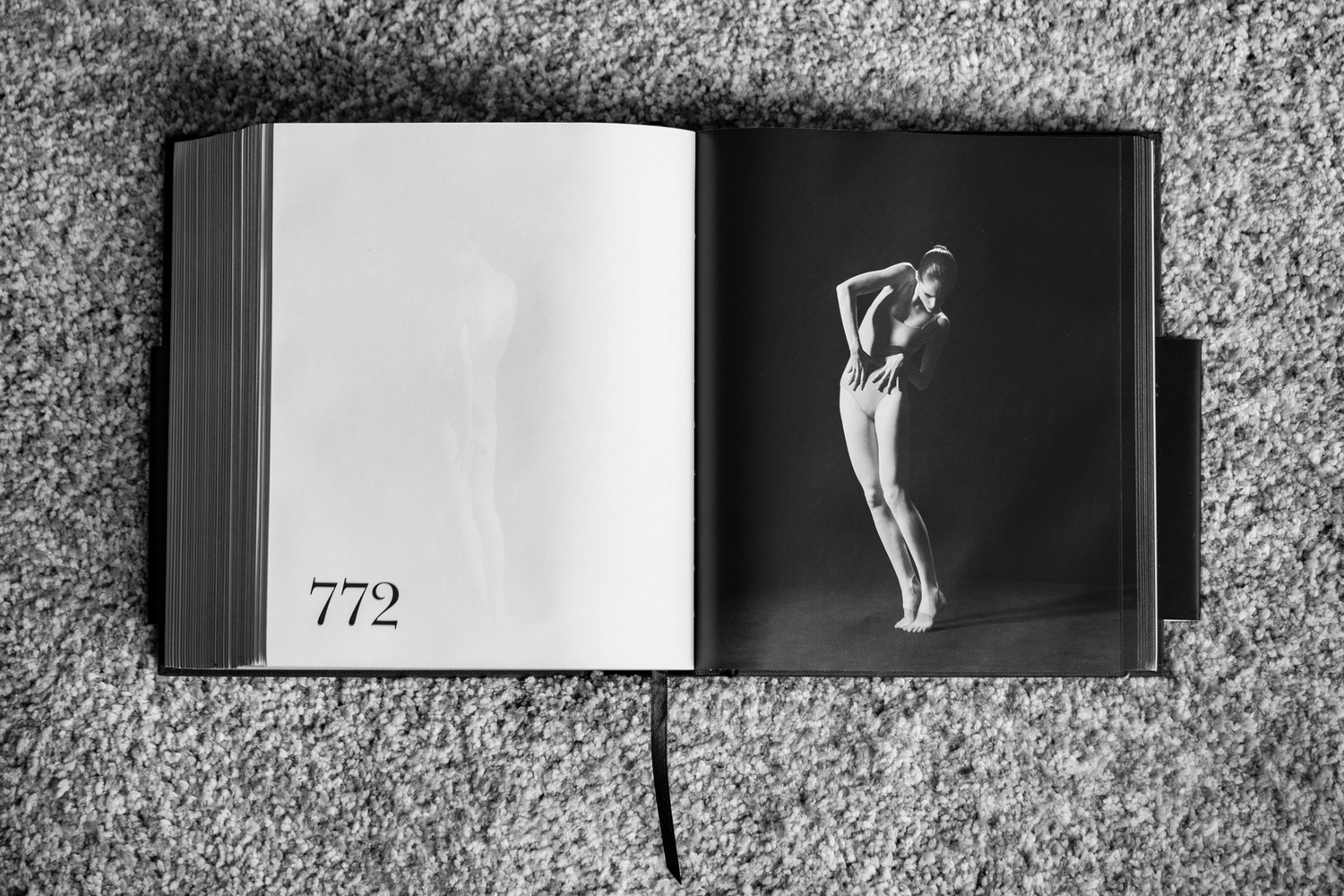 You can purchase Study of Pose by clicking here.