A pair of British wedding photographers have found themselves called “unprofessional” and “appalling” after declining to work for an influencer for free. A PR rep of the influencer had requested 1,000 photos and two videos, and in return would offer their followers a 25% off the photographers’ services — a discount the photographers don’t even offer.

Photographers Frankie Lowe and Laura Dunning of Betrothed & Co were the lucky souls recently contacted with such a kind offer. The PR woman, known as Melissa, contacted the duo to discuss shooting the wedding of “a well-known social media influencer.” In return, the photography duo would have their business “extensively promoted” to a combined Instagram and Facebook audience of 55,000 followers. As if that wasn’t cheeky enough, the email concludes: “Just so you’re aware, we have approached four other similar businesses in your area, so a fast response will be beneficial to your business.” 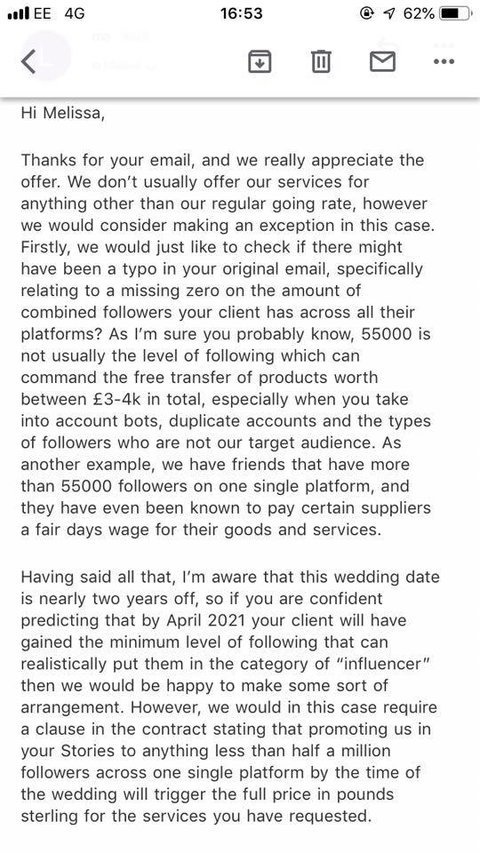 The couple were baffled at the expectations of the request, given that in the grand scheme of influencers, 55,000 followers isn’t particularly impressive. They responded:

As I’m sure you probably know, 55,000 is not usually the level of following which can command the free transfer of products worth between £3,000-£4,000 in total, especially when you take into account bots, duplicate accounts, and the types of followers who are not our target audience. 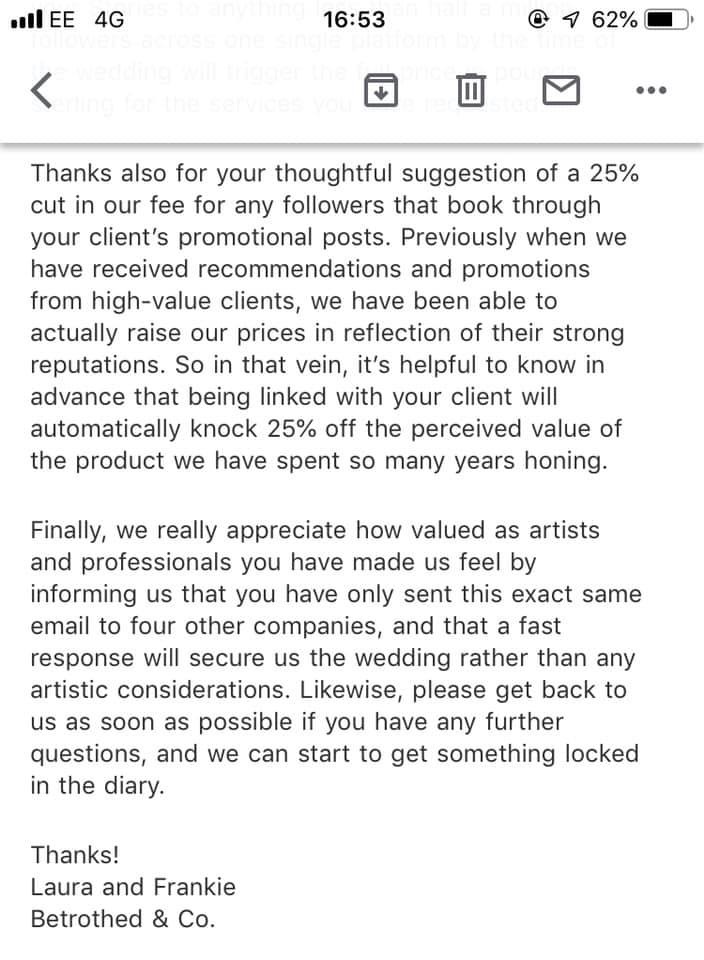 They also drew attention to the PR’s brazen “offer” of discounting their product, adding: “It’s helpful to know that in advance that being linked with your client will automatically knock 25% off the perceived value of the product we have spent so many years honing.”

Melissa responded to the email threatening to “name and shame” them if they were to respond and “continue with this abuse.” She even went as far as to guilttrip the photographers by mentioning that her client’s mother has recently been diagnosed with cancer. 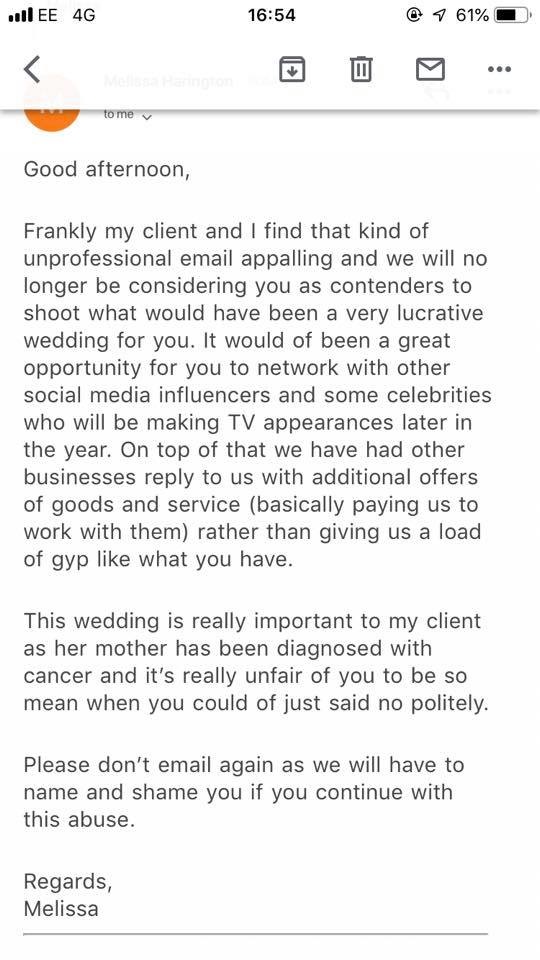 Choosing to kill them with kindness, Lowe replied back once more, even directly addressing the issue of the PR’s client having a parent living with cancer.

The pair eventually uploaded screenshots of the exchange to their Facebook page, which you can now read here. 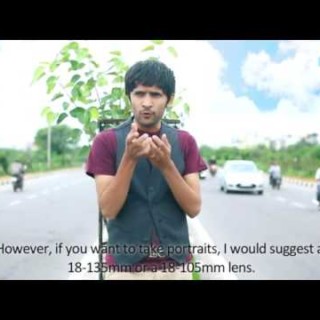 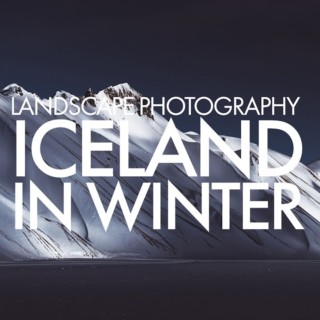 Brian Smith: can anyone help me with my logo please? ..

sudhir khadka: very helpful , thank you buddy , you have one more subscribe ..

William letts: Very good explanation unlike the tutorials that only play mu ..