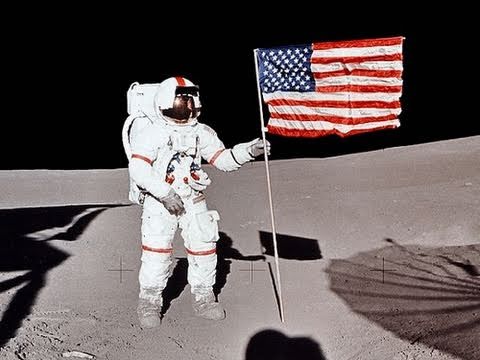 Part 1: Analysis of the Lunar Photography – This compelling video throws into serious doubt the authenticity of the Apollo missions and features information that challenges the declared abilities of NASA to successfully send a man to the Moon and return him safely to Earth. New evidence clearly suggests that NASA hoaxed pictures allegedly taken on the lunar surface. These findings are supported by analysis and the testimony of experts from a wide variety of scientific disciplines.

Note: This was the hardest film for us to post here at UFOTV, as most of us were born around the Apollo era and many of us hold NASA’s achievement of landing a Man on the Moon and bringing him safely back, as sacred. But in the interest of remaining neutral and posting all information on controversies in science, regardless of our personal beliefs and those of the management at UFOTV, we bring you what critics have chosen as the greatest filmed investigation on this matter to date.

As powerful as the evidence presented in this film and its sister film may seem, we highly recommend that you view our film called “Quantum Hologram & ESP – Astronaut Edgar Mitchell,” that sheds light on Edgar Mitchell’s experience as the 6th man to walk upon the Moon and his experience aboard Apollo 14 at that time. His experience during this mission as described on this presentation must not be overlooked.

33 thoughts on “What Happened On the Moon? – Analysis of the Lunar Photography”