Zhiyun is no stranger to interesting camera stabilization options, with past products featuring innovative designs that put a twist on the traditional “stabilized stick” form factor of gimbals. Their latest launch, the Crane-M3, brings a number of firsts to the Crane lineup and just might reinvent how content creators approach rigging up a video setup.

The Crane-M3 can be thought of as the middle of the gimbal market. While it’s compatible with smartphones, it’s large and strong enough to support action cameras and even full frame mirrorless cameras in combination with certain lenses. While full compatibility can be checked against their qualification list, available on Zhiyun’s site, Zhiyun claims compatibility with over 90% of mirrorless cameras. Looking through the list, it appears that many of the most popular vlogging and content creation cameras are supported, including: 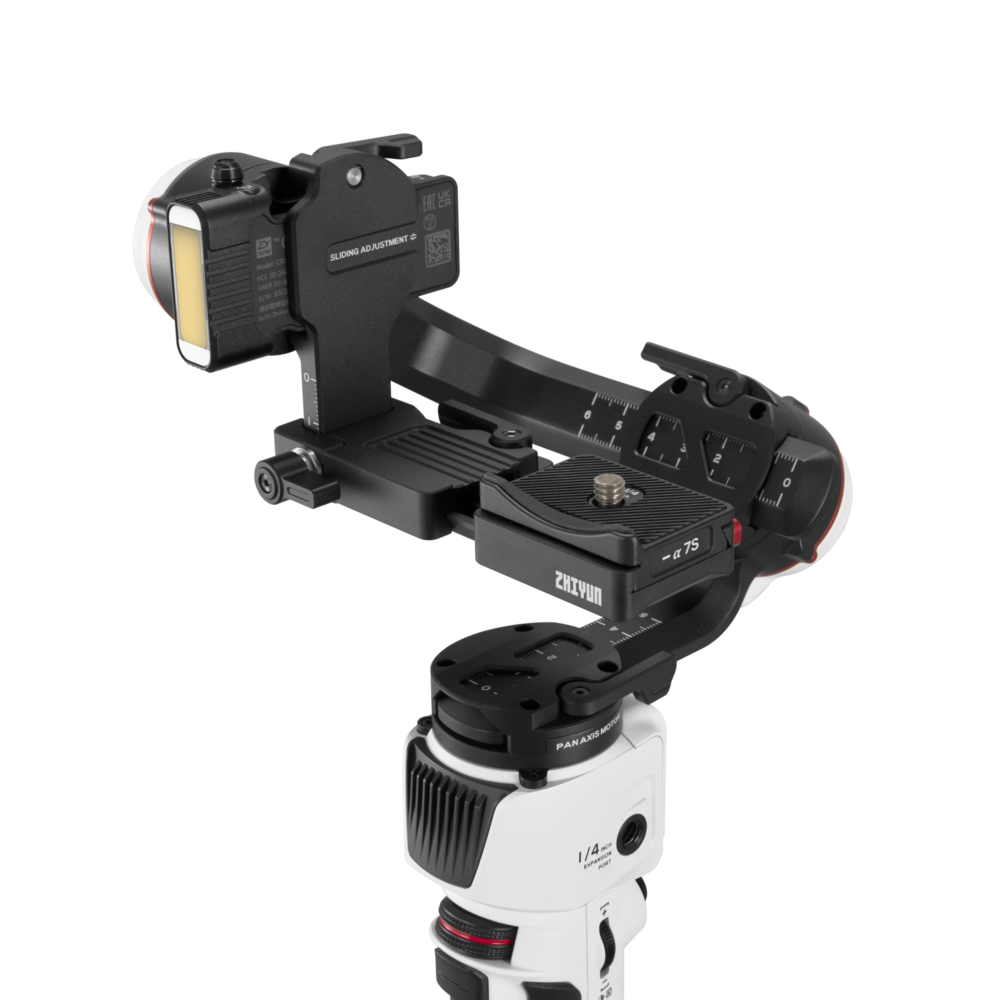 The gimbal features a quick-release design, compatible with Zhiyun’s TransMount plates, which are intended to streamline rebalancing when changing cameras or adjusting the setup. The gimbal will also include a standard universal plate. 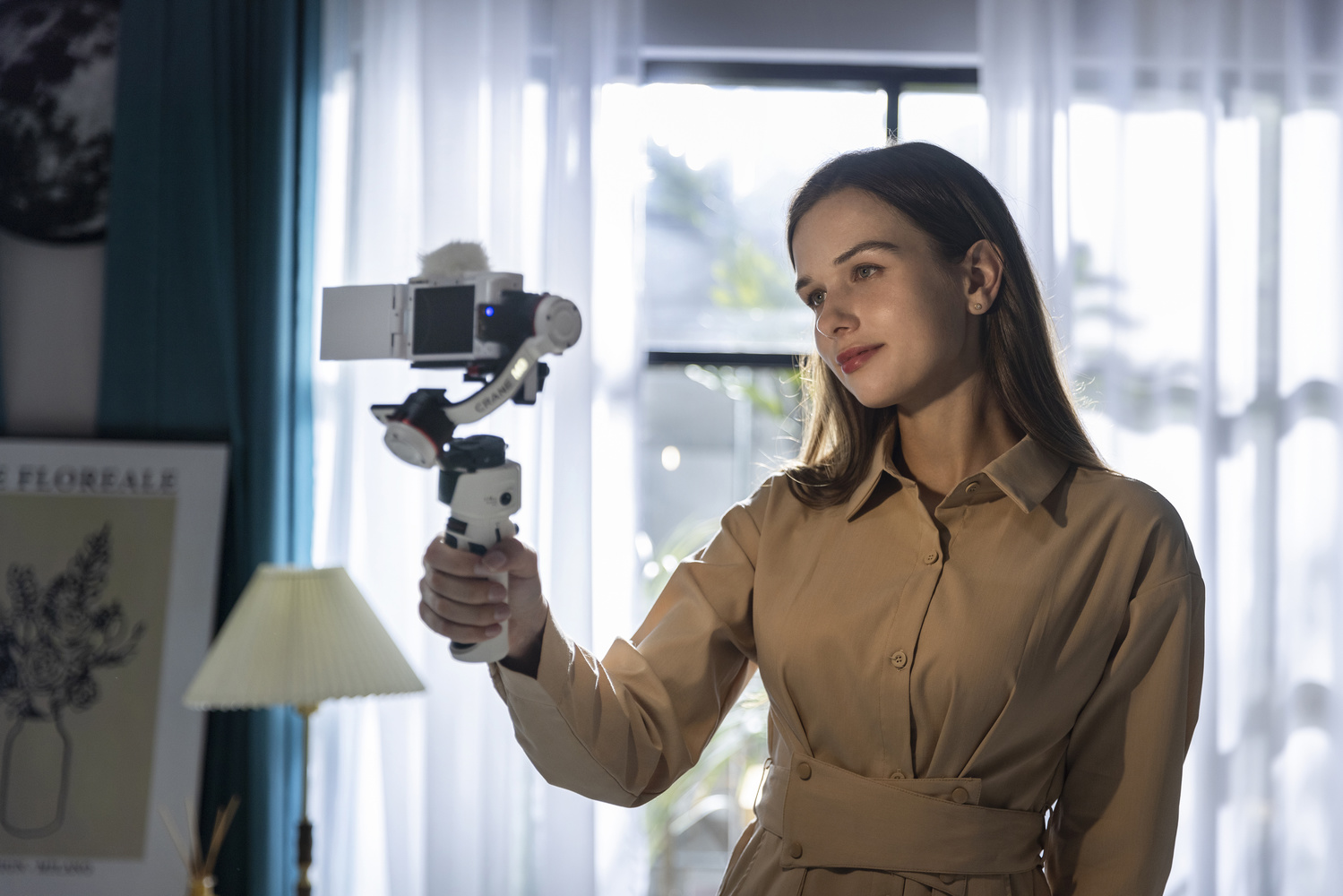 In product photos, one of the most noticeable changes is the addition of a light integrated into the gimbal. At 800 lumens, this LED fill light can be controlled in both brightness and color right from the gimbal’s control wheel. Having a 90+ CRI light built in obviates the need for mounting a light to the camera, which can make balancing the subsequent setup a major nightmare on competing solutions or require purchasing a number of other accessories to rig a third-party light on the gimbal.

Along with lighting, the Crane-M3 also has an innovative approach to sound, with the TransMount expansion base featuring support for direct connecting microphones and the M3 including a shotgun microphone as standard. Feeding audio to the camera through the gimbal fits into the overall approach of simplifying the camera setup, as you no longer need mics mounted to the camera or additional cables interfering with gimbal movement. 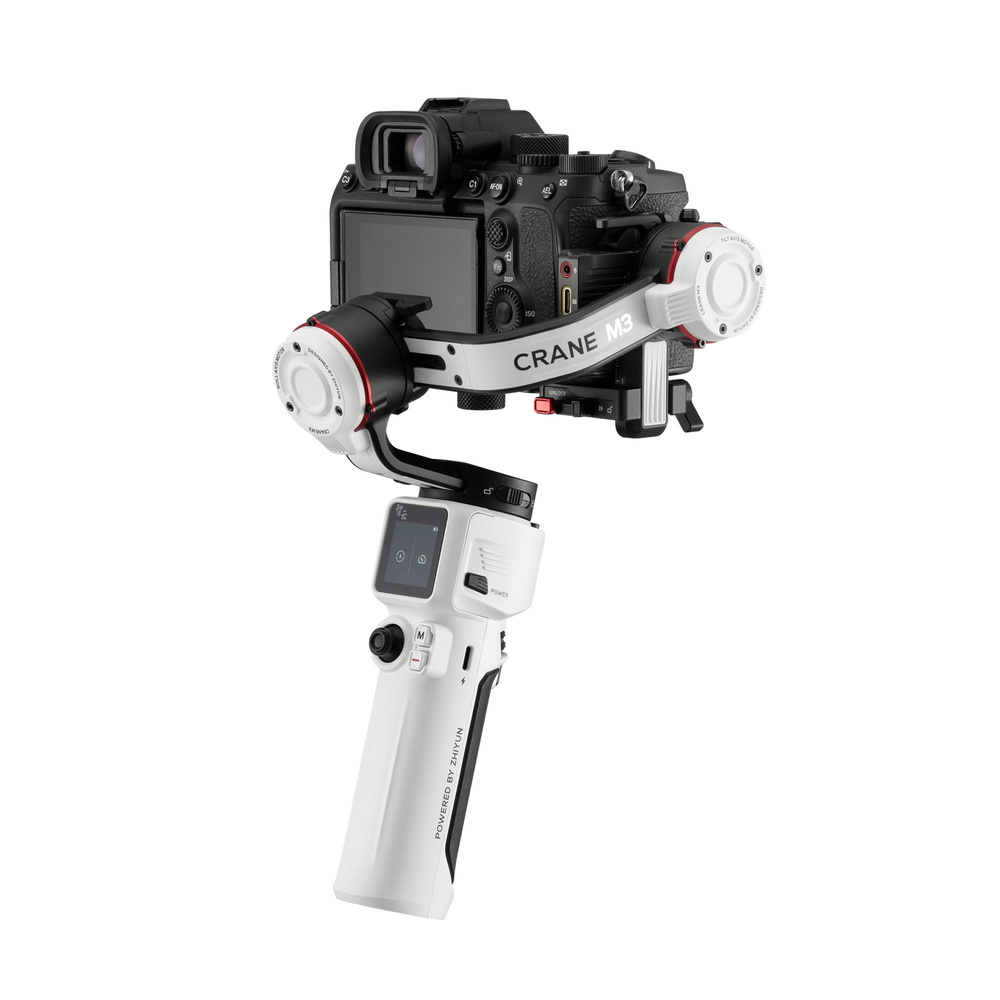 New to the CRANE series is a built-in display. The 1.22-inch, full-color, HD touchscreen display lets you adjust the gimbal’s parameters and trigger specialty modes right from the gimbal, without the need for a phone.

Overall, the Crane-M3 looks to bring a very interesting range of features to the mid-market of gimbals. Depending on your preferred camera setup, this gimbal could be a great option. Manufacturer pricing for the standard package of the gimbal and tripod is $369, while the combo packages include a storage backpack, and the pro package adds the shotgun microphone and expansion base.