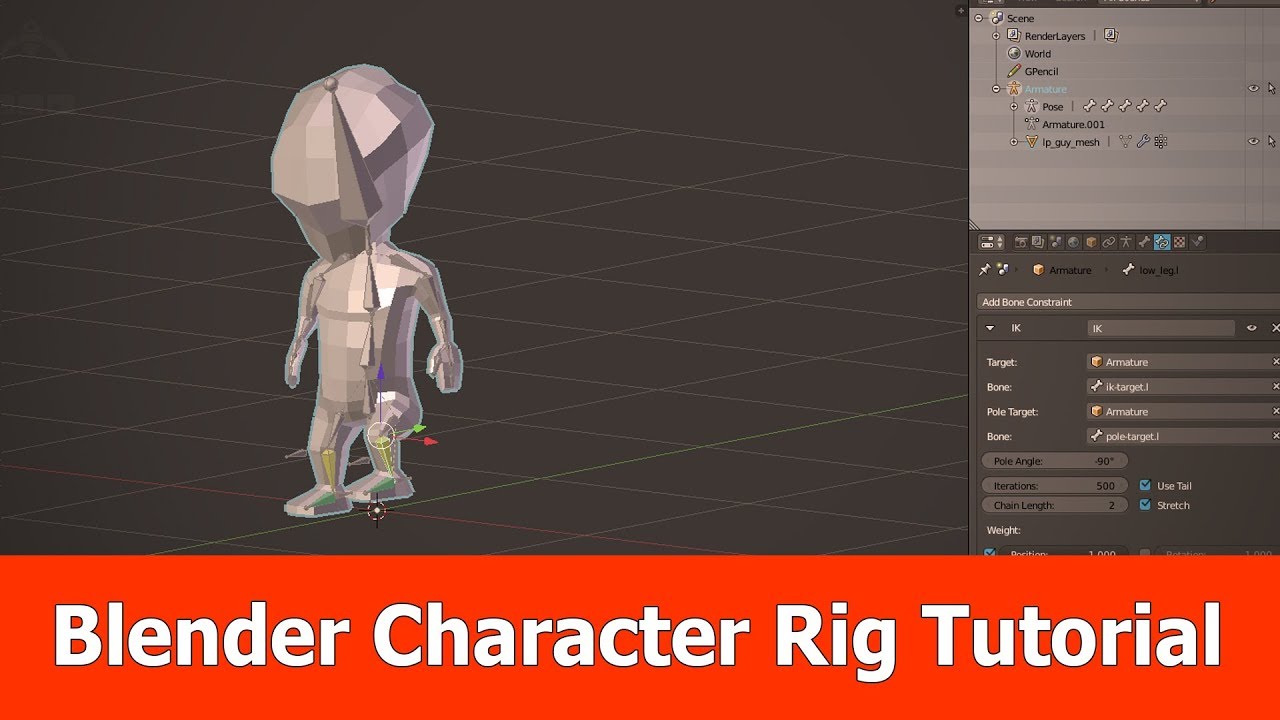 Here is the next part for rigging a character with Blender. I use the IK leg rig from the last part, import a low poly character mesh and add the spine, arm and head bones.