Hurry and Photograph Comet C/2020 F3 Neowise Before It Fades Away!

Earlier this year, there were two hyped comets that made headlines but did not live up to expectations. Then, in June, stargazers held hope that the third comet c/2020 F3 Neowise would deliver a show, and it has surpassed expectations as the best Northern Hemisphere comet in decades.

First, we had Comet Atlas (c/2019 Y4), which was brightening in March, but eventually broke apart in April as it approached the sun. Then, we had comet Swan (c/2020 F8), which was even more promising, as it was a visible magnitude +5 at the end of April with an outburst. As fickle comets often go, Swan quickly dimmed again into a telescope- and binocular-only object. But the third comet, Neowise (c/2020 F3), rapidly brightened at the end of June, made it around the sun intact on July 3rd, and reappeared with an elongated tail as a visible comet! This may be the best visible comet since the Great Hale-Bopp of 1996-1997.

When the alarm went off at 4:50 am, I debated for a bit whether to get out of be,d because the weather forecast had been so poor. This time of year is hurricane season in Florida, so I was expecting to be let down by clouds. As I walked towards my east-facing bedroom window, I could see Venus the morning star shining clear and bright due east in the sky with some haze and light cirrus clouds present, but the clear sky was visible to the ENE.

I grabbed my gear and thought back to my previous attempts to observe and photograph dimmer magnitude 6+ comets that ended up being somewhat underwhelming experiences, so I did not want to get my hopes up. And with the comet only 4-5 degrees high in the sky, I had heard reports that it was difficult to initially spot without using averted vision, a technique sky gazers use to move a dim object away from the center of the eye where the optic nerve creates a blind spot. But I was cautiously optimistic this time would be different.

I used the iOS planetarium SkySafari the night before with my iPhone to know where to locate the comet. There are many alternatives, including Celestron’s free SkyPortal (based on SkySafari) or you can use an online planetarium like TheSkyLive to see where the comet will be for your location and time. With the image below, I knew to look NE towards Capella, then scan down towards the horizon. The planetarium app shows that Comet Neowise will be dropping below the horizon on Sunday the 12th to then reappear after sunset on Monday, July 13th in the NW part of the sky. It will continue to slowly rise higher each night after sunset, but it will also lose brightness as it moves away. You can see a chart with the estimated light curve of the comet over time at the TheSkyLive.

With comet Neowise rising at a low 5-6 degrees in the sky, I coose to go to a nearby park on a peninsula that is surrounded by water with clear horizons and a lighthouse that could be used for composition. I got out of the car at 5:15 am and looked NE to where SkySafari had shown the location of the comet in the constellation Auriga, below Capella. There was a clear gap between a bank of low-lying clouds on the horizon, and I was stunned to immediately see the comet easily (without averted vision) with a bright nucleus and streaming tail. For closer observation, I brought a pair of binoculars and a small 80mm refracting telescope that I mounted on my photo tripod. With the additional light-gathering power of the small telescope, I could resolve the yellow-colored nucleus with a dominant jet of dust coming off the top and smaller jet off the bottom! It was a very rewarding experience, behind the total solar eclipse a few years ago and the two fireball meteors I have seen while doing astrophotography. The comet was just above the dark, flat cloud in this snapshot I took with the iPhone 11 before packing up.

Around 5:35 am on the morning of July 7th, I could tell the sky was starting to change into blue hour twilight. My best visual observation of the comet had been 75 minutes before sunrise. I replaced the small telescope on the tripod with a Canon 300L f/4, then centered on bright Venus to manually dial in focus with an EOS R using live view at 10x magnification. A Hoya Red Intensifier was used as a light pollution filter, but was probably unnecessary since it was already blue hour. Settings were 2 s shutter delay, ISO 1,600, and 0.8 s exposure time. If it had been earlier and darker, I could have exposed longer, but then risked star trailing on the comet’s nucleus at 300mm. Compared to tracked deep-sky astrophotography and even Milky Way photography, this was remarkably easy point and shoot. I was able to get this image approximately 40 minutes before dawn.

I returned the morning of July 8th with a better composition in mind to capture the comet above the St Augustine lighthouse with a 135 f/2 lens. But my luck ran out. and this morning the Eastern sky was obscured by clouds above the horizon. So, I will try again tomorrow July 9th and again on the 10th, hoping to get another lucky break. Comet Neowise will be a great photographic target all month. There will be more opportunities in both the early hours this week and after sunset next week when the comet is no longer visible at dawn. Comet Neowise will also be making its closest pass to Earth on July 23rd, so it is possible it could even improve as it nears Earth.

Will you get out and try to capture an image of comet Neowise as it moves back into deep space, not returning again for over 6,000 years? If you do, post it in the comments!

This lead photo was captured by Dr. Sebastian Voltmer in Spicheren, France with a Nikon D800, 135mm, f/2 ISO 320, 3 s exposure. Used with permission. More of his work is on IG @SebastianVoltmer. 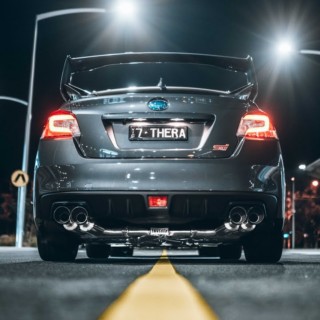 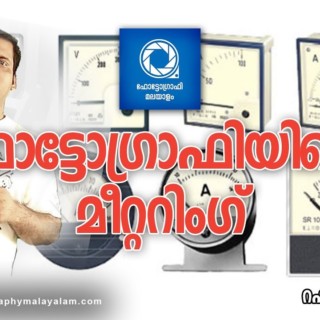 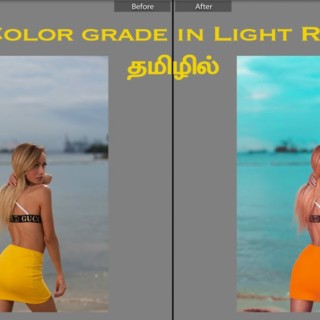 An Algorithm Has Been Developed to Obstruct AI Facial Recognition, and It's Free to Use

How the Bootstrap Grid System Works

Amey Surve: Yo bro my favorite number is 7 and that's the reason I u ..

Phzyche: Yo Liam what camera are you using? I'm considering a sys ..

Jacob F: dude where i live if it was 1130 there is literally nowhere ..