I love when a plan works in landscape photography and this was the way I was doing for more than 30 years now: planning and going to the spot, for “harvesting” the photographs. This led to fantastic results though, but there is one more way to get outstanding photographs, you had maybe never thought about before.

Coming to you from my latest YouTube video, where it was quite hard to leave the photo spot, as I was overwhelmed by all the beautiful scenes around me. I was photographing in Nationalpark “Gesäuse”, which is one of the most beautiful national parks in the Austrian alps and well known for its amazing mountain ranges with cracked rocks, covered with trees, and a river, soughing through a quite narrow valley, what appears like the grace of a canyon. 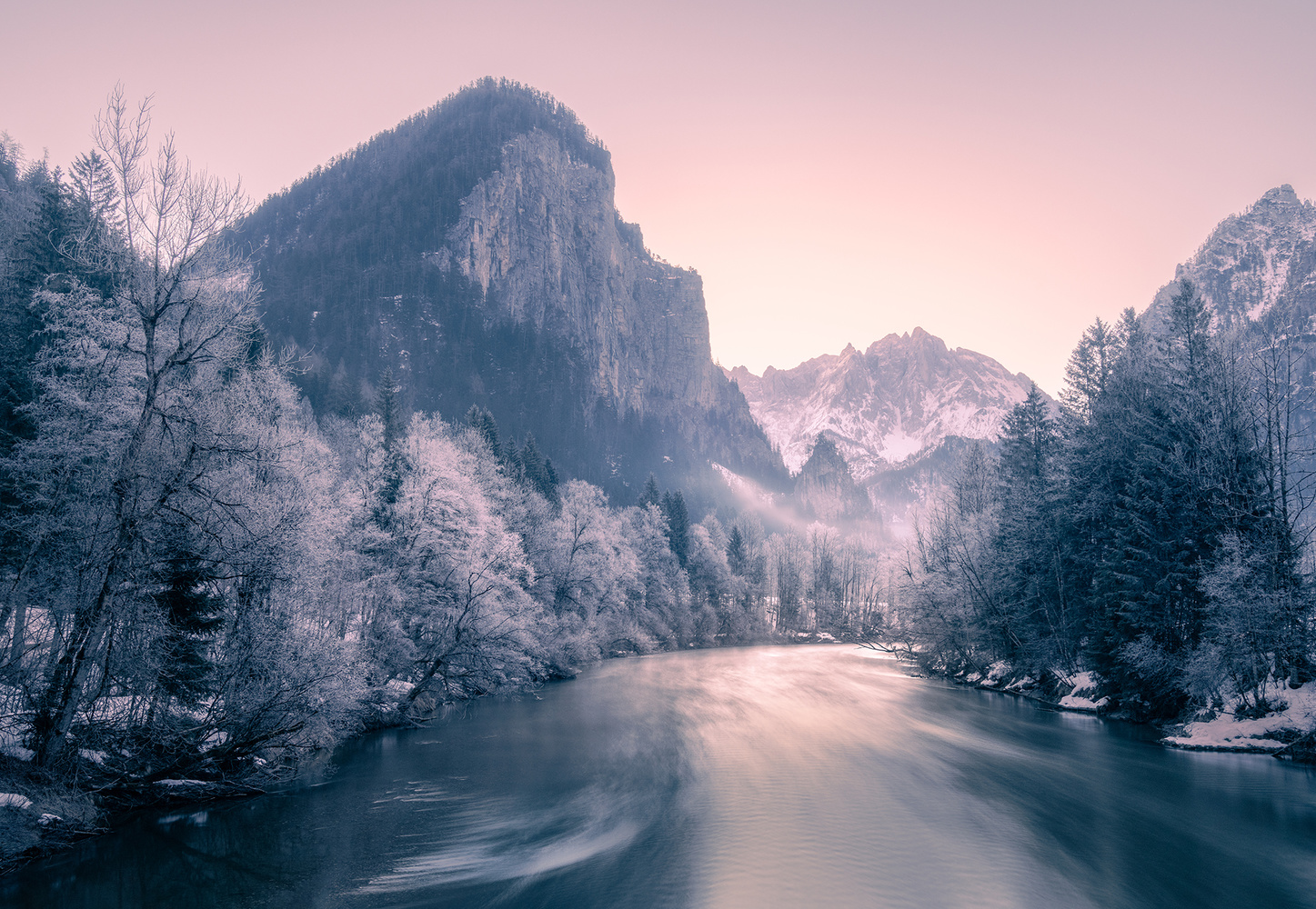 Having a Clear Plan

When anyone asks me about the most important skills in landscape photography, one of the first things I usually answer is “planning”. I do this sometimes though, but it doesn’t necessarily mean that you need to plan your entire compositions already in front. Having a plan is a good starting point for finding compositions and this is why I got used to putting the most effort into my weather predictions. On that day I saw a nearly one hundred percent chance to get red sky in the morning, given through dense midlevel and high-level clouds. I just had to pick out a photo spot, that allows me to photograph towards the red sky – an easy thing.

One of the most important things for planning the weather is to consider that the shorter the time span between your prediction and the moment you will finally photograph out on location, the more accurate the prediction gets. In my experience, two days in front means already quite a good chance for getting the prediction correct. But you have to observe the weather over the next day because it could be that the prediction will change. And exactly that happened on that day: the chance for red sky went so low that it didn’t make sense to get up early in the morning to drive to the national park and to photograph there. I ditched my plan and wanted to think about another option for photography some days later. 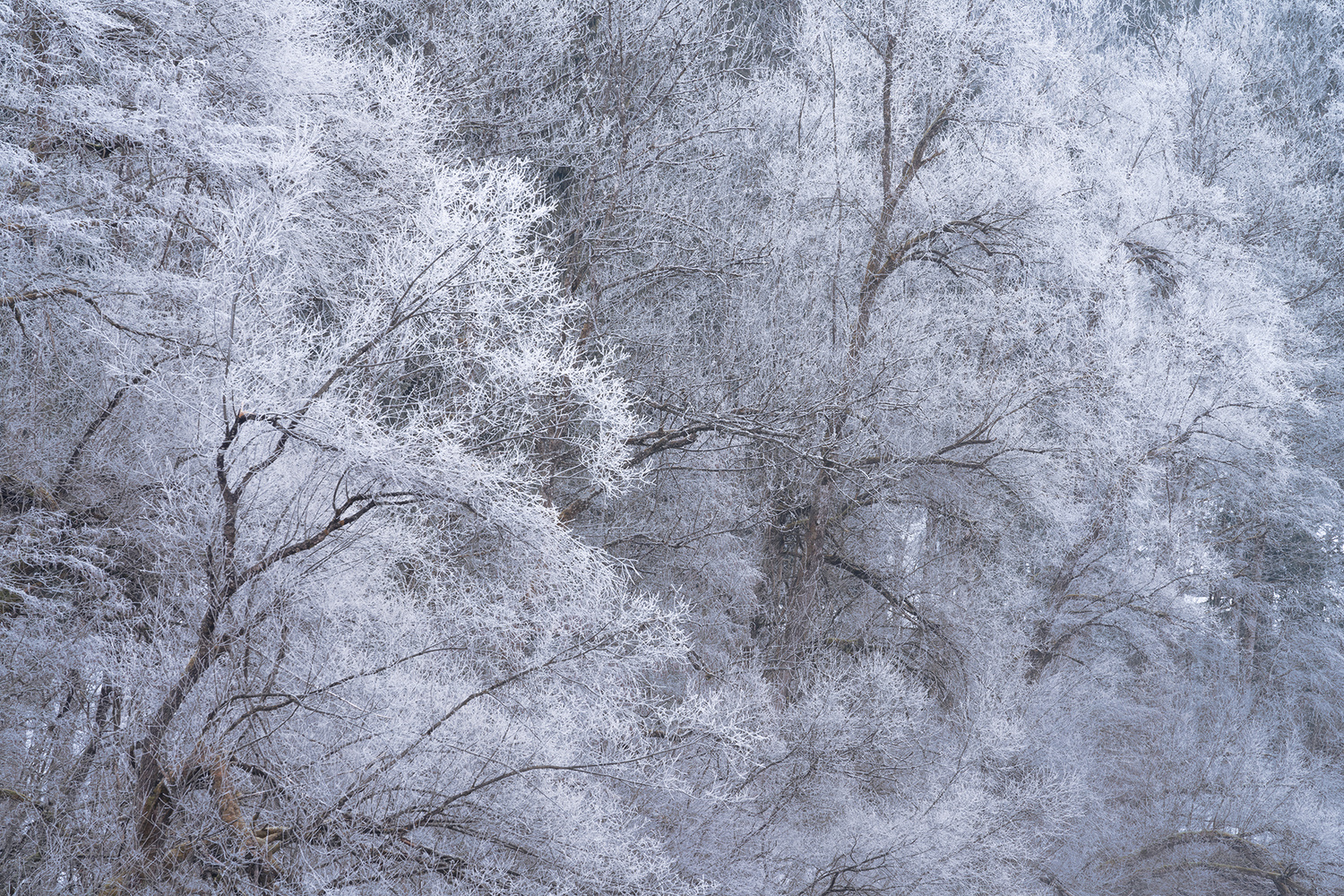 I didn’t sleep well the night before that day and as I woke up early enough, I finally thought: what about grabbing my Sony a7R IV and going there anyway, just to have a look at what would happen in the end? And two hours later I indeed found myself in the dark at the river. There was not one cloud in the sky, but I was blown away by that beauty I was receiving from that place.

I started to engage with all the characters in the scenery around me. I saw mountains, different trees, a river, shrouds of mist here and there, and nice textures on the surface of the water. But the characters that I felt most connected to were those filigree branches at the empty trees, straight at the shore of the river. I had expected to have all the trees empty, but due to the missing clouds overnight, which should have been painted red by the rising sun, it got quite cold. And so this is why hoarfrost appeared, which decorated the trees in a way that enchanted me when I just looked at them.

My original plan was just to take one photograph at that spot and to drive to two other spots straight after that before the sun would get too high. But Mother Nature had other plans for me. I saw one composition beside the other and so I took multiple photographs. I totally forgot about the clear sky, the kryptonite for landscape photographers. I just observed, built up a composition, and took the shot. And I have to say, it led to photographs I would never have planned. I mean, many of them were not ideal at first glance. The structure in the sky was missing in most of them, one was out of balance and another one was taken in harsh light. But the thing is: I liked them all and I even decided to print some of them on fine art paper, as they anyway felt right for me. 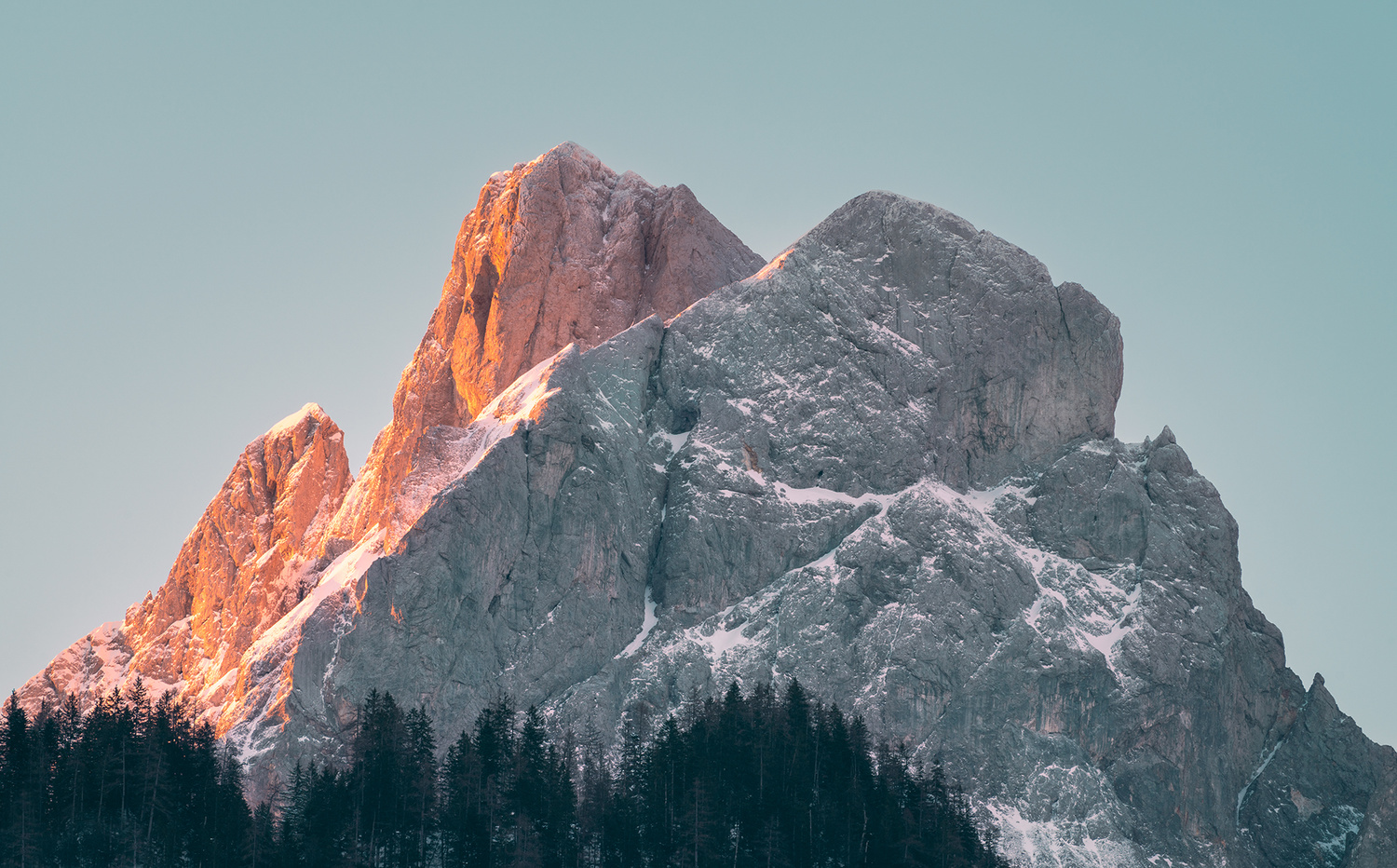 When anyone would ask me today about the most important skill in landscape photography, I would answer that it is the connection between Mother Nature and the photographer.

Experience the whole adventure with many more photographs and tips about landscape photography in the above video.